Archaeologists working on the eastern shore of the Sea of Galilee, in present-day Israel, have unearthed a set of colorful floor mosaics that show the site was a prosperous region settled by early Christian and Jewish communities centuries before it became an important Islamic administrative center. 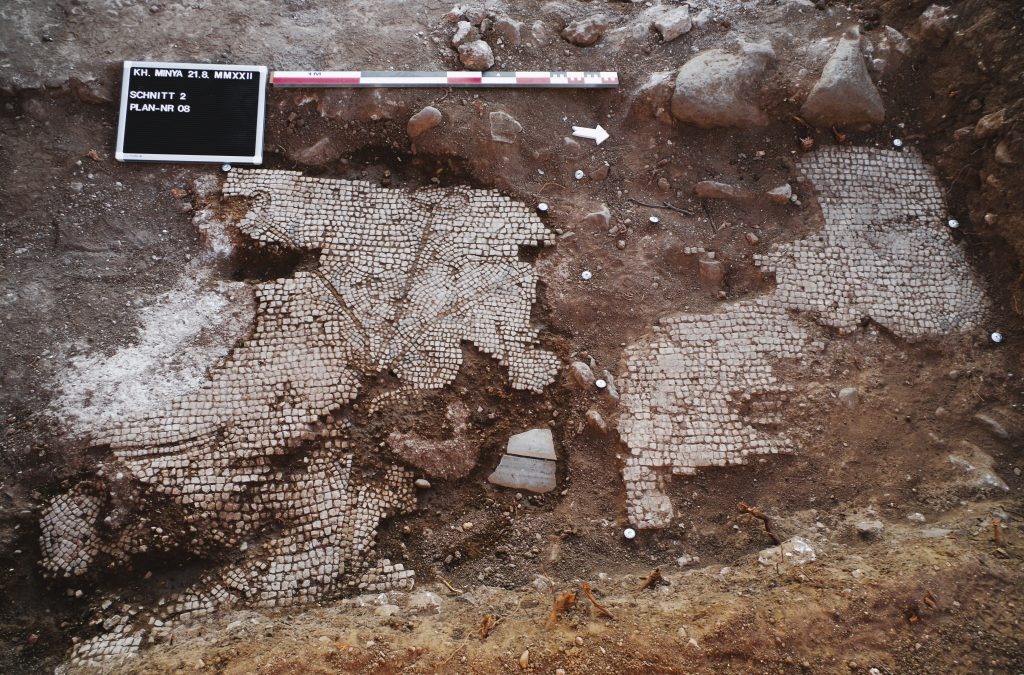 The mosaics predate a nearby Umayyad-era palace known as Khirbat al-Minya, located along the northern end of Lake Tiberias, which was built during the reign of the early Islamic Caliph, Walid I, from 705–15 C.E. The site was once an important trade hub, centering around sugar production, and the Caliph’s son commissioned the palace, which included one of the first mosques erected in the Palestine region. The area suffered damage from a major earthquake around 749 C.E. and was later abandoned.

Professor Hans-Peter Kuhnen, an archaeologist from Johannes Gutenberg University in Mainz, Germany, who has been leading the dig, told Artnet News that “the mosaics indicate that the Caliph in the eighth century built his palace in an area that was settled at least since the fifth or sixth century, likely by wealthy people who could afford such colorful mosaics.” 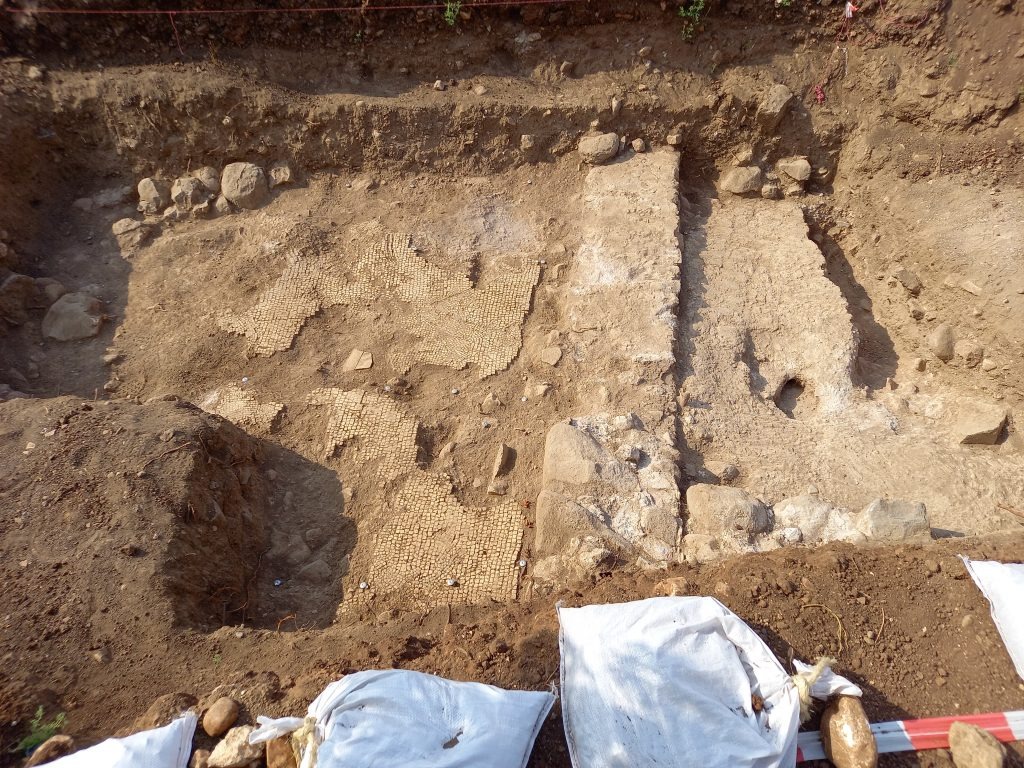 A view of the excavation shows the mosaic floor with the Nile plants on the left, and the remains of another colored mosaic floor above a filled cistern on the right, which was probably almost completely excavated in the early Middle Ages.
The mosaics were not found entirely intact—unlike the ornate Byzantine floor mosaic recently discovered by a Palestinian farmer last week—but images of flora and fauna can be made out in the decorations. According to Kuhnen, these motifs “indicate that the owners had an idea of the ever-returning, life-saving power of the Nile.”

The Nile delta river system is one of the world’s largest and was a major natural resource in the area throughout history. It spreads north from Lower Egypt, draining into the Mediterranean Sea.

“This motif was common among Jews and Christians of that period, as you can see in a nearby church in Tabgha,” Kuhnen said, “but also from a wealthy private house of the Jewish city of Zippori, approximately 25 kilometers from Khirbat al-Minya.” 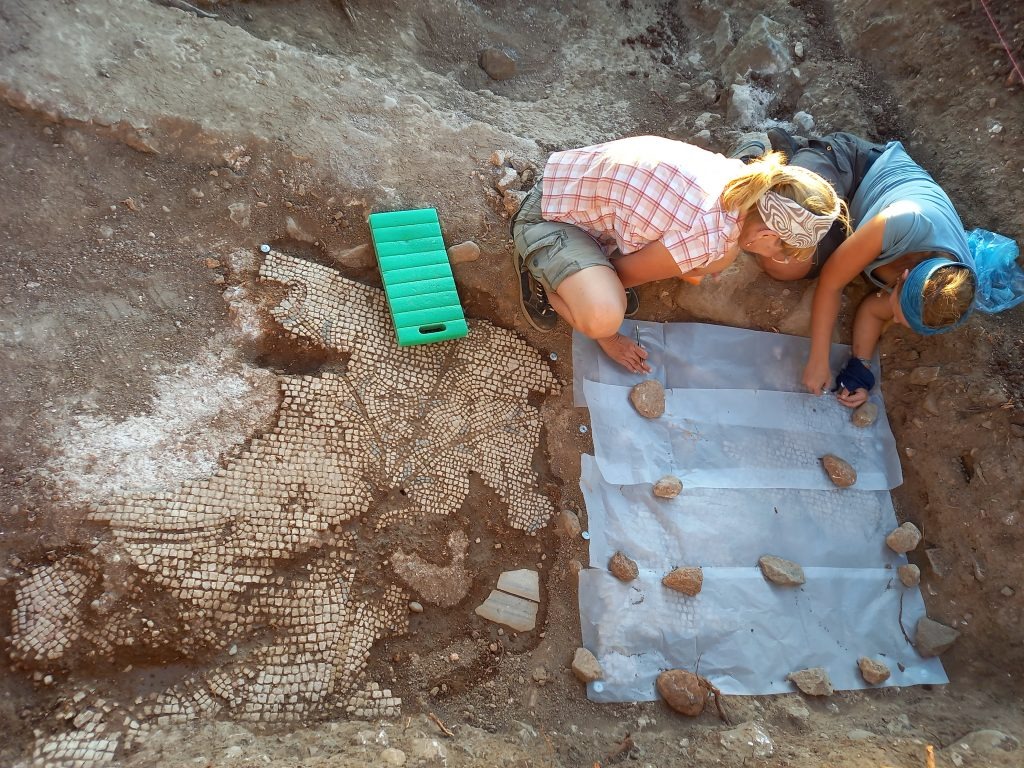 Student recording the outlines of the mosaic, with a tall waterside plant with blossoms and small green leaves on three stems in the exposed portion and the stern and rudder of a boat on the lower left.
Professor Kuhnen and his team have been doing archaeological research in the area for the past decade, starting with excavations and restoration work in the Caliph’s palace. Work was suspended during the pandemic, but the team continued digging on the site this year.

Watch the video below: