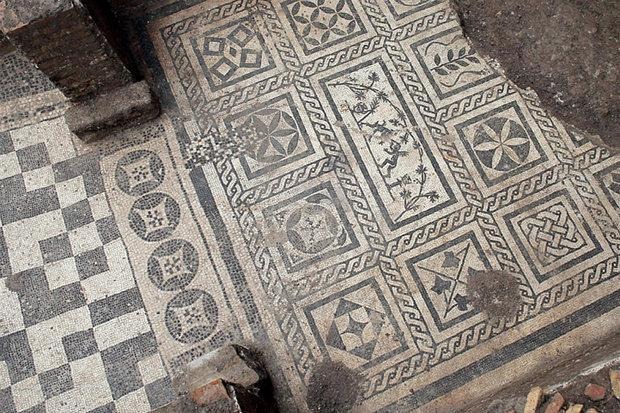 Archeologists in Rome were astounded when a luxurious Roman domus emerged during excavations for the expansion of the city’s subway.

The ‘Commander’s House,’ as it’s been called, was found about 12 meters below the surface, under the spot where the future Amba Aradam station, near the Basilica of San Giovanni Laterano (St John Lateran), is being built.

The well-preserved structure features fine geometric mosaics, marble floors and frescoed walls, 14 rooms, including a bathhouse, around a courtyard, a fountain.

The Commander’s House, the first of its kind, was found close to second-century army barracks discovered two years ago.

“It is an exceptional discovery because a barracks has never been identified before in Rome, nor a domus connected to the barracks,” Rome’s archaeological superintendent, Rossella Rea, told ANSA’s news agency. She added that maybe this was the structure that housed special militias, the secret service of the emperor.

The head of Rome’s archaeology authority SSBAR, Francesco Prosperetti, said archeologists think the domus is where the barracks’ commander lived and relaxed after work. He added that the discoveries in this area are similar to Pompeii in that “we have evidence of a moment in history.”

A burned wooden ceiling and furniture were discovered, as well as ‘the skeleton of a dog, curled up in front of a door, likely trapped inside the building at the time of the fire,’ ANSA reported. Remains of a smaller animal were also found, as well as daily use objects.

As for the barracks, the domus is now set to be dismantled so that work on the subway can continue. Once it is completed, the domus is scheduled to be placed back in the original location for what Prosperetti has described as “the most beautiful metro station in the world.”