On the 100th anniversary of Lord Carnarvon’s investment in English archaeologist Howard Carter, and his subsequent discovery of the tomb of the boy king, the latter is proved to have been a criminal. Carter spent 10 years excavating King Tut’s tomb, filled with golden thrones, chariots and thousands of sacred artifacts, and delivering boatloads of ancient treasures down the Nile to Cairo’s Egyptian Museum. 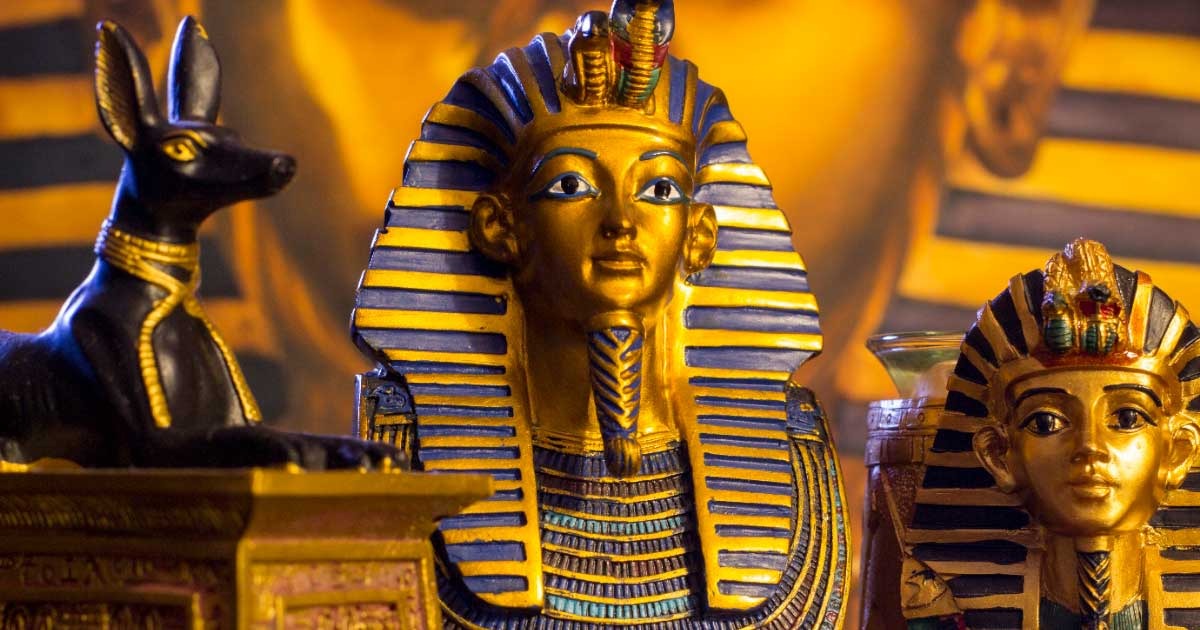 However, not all of the treasure made it to Cairo! A previously unpublished letter shows how Carter’s excavation worked on a “ten for them and one for me,” policy!

Howard Carter “Helped Himself” Before Tut Excavation
Archaeologist Howard Carter was born on May 9, 1874, at Swaffham, Norfolk, England. He is semi-legendary for having in 1922 excavated what is perhaps the single most important contribution to Egyptology: the intact, and treasure laden tomb of the boy pharaoh, Tutankhamen. The so-called “King Tut” was the last ruler of his royal family at the end of the 18th dynasty , during the New Kingdom period. 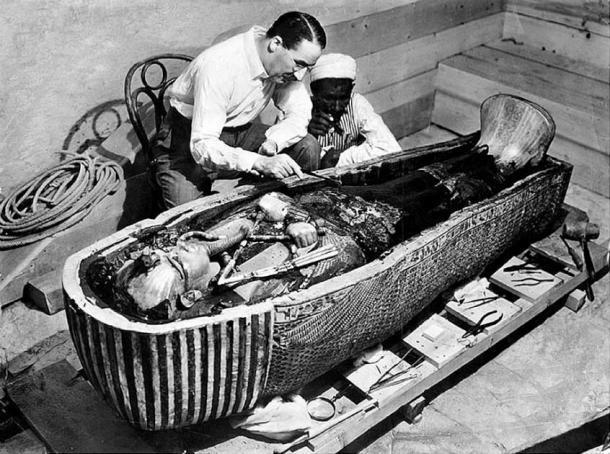 “Semi-legendary” was a carefully chosen phrase, for as celebrated as Carter was in England, he was resented in Egypt. A report in The Guardian explains that Carter “helped himself to treasures before the vault was officially opened.” Now, a letter written by a highly respected member of his team, Sir Alan Gardiner, proves Howard Carter was also an artifact thief .

“Whm amulet” Given by Carter to Sir Gardiner Was King Tut’s
Sir Alan Gardiner was a respected English philologist and honorary fellow of The Queen’s College, Oxford, England. When Howard Carter first identified the almost perfectly intact tomb of Tutankhamun, in November 1922, he wrote to Gardiner for advice. According to a book on Howard Carter by H V F Winstone , Gardiner not only deciphered ancient inscriptions but he also advised Carter during his “1924–25 legal dispute with the Egyptian Department of Antiquities on access to the part–excavated tomb.” 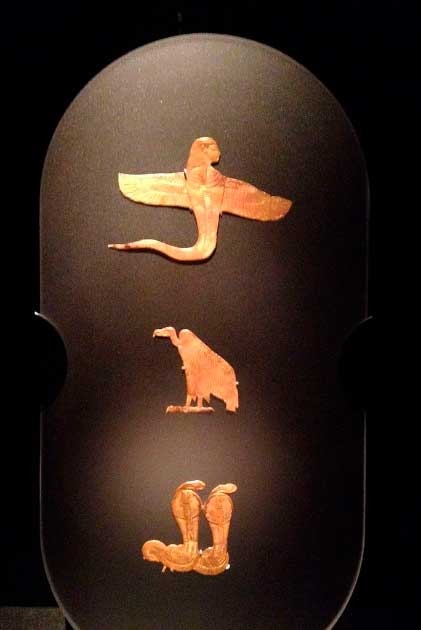 In 1934 Gardiner sent the previously unpublished letter to Carter in which he provided decipherment of the ancient inscriptions and seal impressions found within the 3,300-year-old tomb. The Guardian article explains that as a form of thank you, Carter sent Gardiner a “ whm amulet” that was used for making offerings to the dead. Carter assured Gardiner that the artifact “had not” come from the tomb of King Tut. But subsequent evidence shows was a lie and now history has exposed Howard Carter’s questionable and even illegal behavior for what it was then and still is today: wrong.

The Amulet “Undoubtedly” Stolen From King Tut’s Tomb
Bob Brier, a leading Egyptologist at Long Island University, has published the history-changing letter in his forthcoming book titled Tutankhamun and the Tomb that Changed the World. The book will tell the story of Rex Engelbach, the British director of the Egyptian Museum in Cairo at that time, who suspected Carter’s stealing, but couldn’t prove it.

It was Engelbach who informed Gardiner that his artifact was molded identically to others found in Tut’s tomb. This was contrary to what Carter had told Gardiner, and Engelbach concluded that it had “been stolen during the excavations.” Gardiner, enraged, wrote to Carter saying the “ whm amulet you showed me has been undoubtedly stolen from the tomb of Tutankhamun.”

Now Beyond Doubt: Carter Helped Himself To Treasures
Perhaps to divert an international incident, but maybe through friendship, Gardiner protected Howard Carter and did not tell Rex Engelbach that it was Carter who had given him the “stolen” amulet. However, Gardiner did express his distaste over the affair saying, “I deeply regret having been placed in such an awkward position.” Gardiner also insisted that the amulet was returned to Cairo. Author Bob Brier says the long-standing tomb-raiding suspicions in Egypt that Carter helped himself to treasures, are now “beyond doubt.”

In his forthcoming book Brier writes that Rex Engelbach and the Egyptians were “unable to prove their suspicions” at the time. However, the author and Egyptologist writes that other ancient objects were later sold on the Egyptian antiquities market, “that clearly came from the tomb [King Tuts].” They could only have come from one person: Howard Carter.

Top image: The names Howard Carter and King Tutankhamun are interlinked but now old historical letters have revealed that Carter was also an antiquities thief. Anubis, the jackal-headed deity who presided over the embalming process and accompanied dead kings in the afterworld, next to two busts of King Tutankhamun.