Israeli archaeologists have found a rare Roman-era mosaic depicting propsperous-looking men wearing togas during excavations at the ancient Mediterranean port of Caesarea north of Tel Aviv and unveiled it on February 8, 2018
Israeli archaeologists on Thursday unveiled what they called a “rare and beautiful” Roman mosaic floor excavated in the ancient Mediterranean port city of Caesarea. 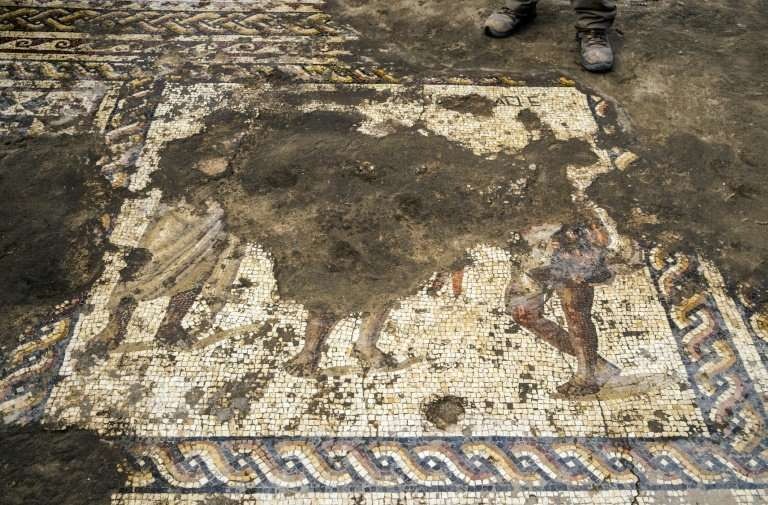 A statement from the Israel Antiquities Authority (IAA) said the piece, from the 2nd or 3rd century AD, measures more than 3.5 by 8 metres (11 by 26 feet).

“We uncovered a mosaic floor of a Roman building from 1,800 years ago,” Uzi Ad, one of the directors of the dig, said at the site.

“It is a high-quality and colourful mosaic with three figures,” he said.

It depicts three prosperous-looking males wearing togas, one facing the viewer and the other two in profile.

“We can find similar mosaics only in Cyprus and northern Syria,” Ad said.

“In Israel we have never before found the same quality.”

The IAA says the “rare and beautiful” mosaic floor was part of what may have been a public structure or a grand private home.

“If the mosaic was part of a mansion, the figures may have been the owners,” the statement said. “If this was a public building, they might have represented the donors of the mosaic or members of the city council.”

Caesarea, 50 kilometres (30 miles) north of Tel Aviv, was established some 2,030 years ago by Roman-appointed King Herod the Great, who ruled what was then Judea. 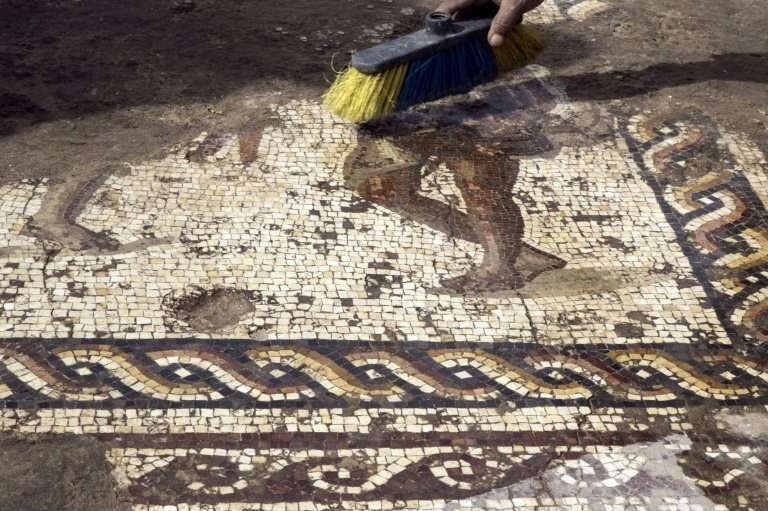 Workers from the Israeli Antiquity Authority clean a rare Roman-era mosaic on February 8, 2018 north of Tel Aviv which archaeologist Uzi Ad said is of “high-quality” and the kind usually found only in Cyprus and northern Syria
It was a major city from Roman times through to the Crusader era.

Today, the ruins are a popular tourist destination where concerts are still held in the remains of an ancient Roman theatre.