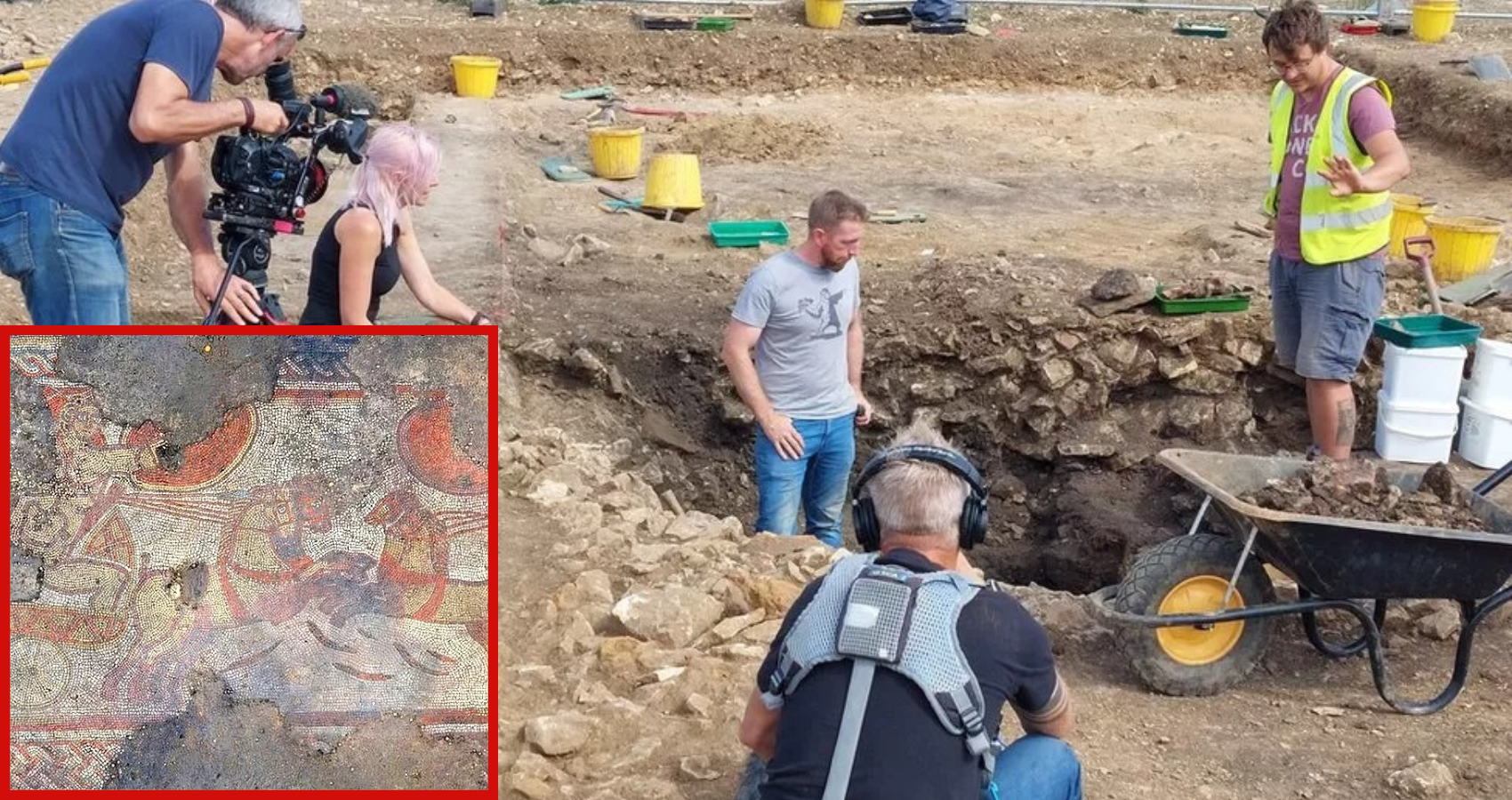 The discovery of a unique Iron Age shield and the excavation of a “lavish” Roman villa are to feature on BBC Two’s Digging for Britain. 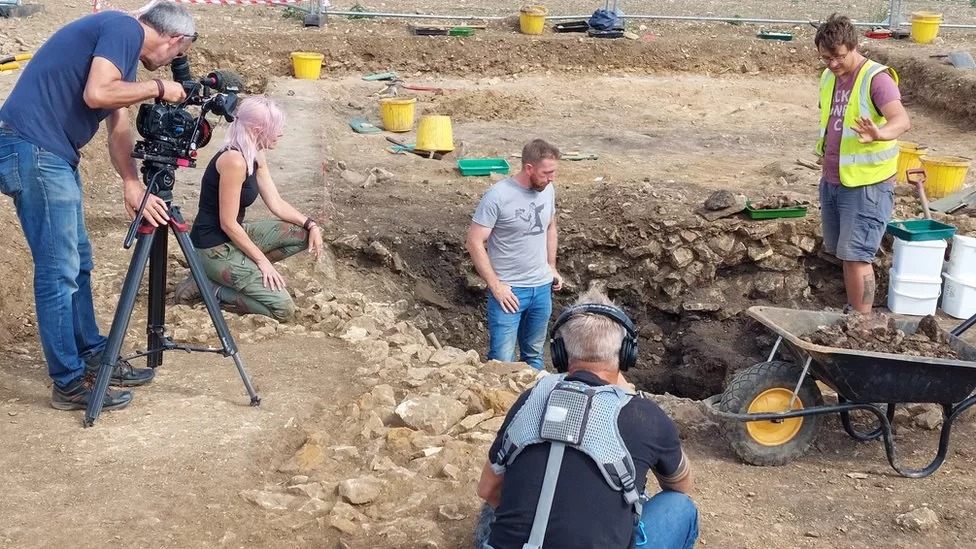 Archaeologists from the University of Leicester led the digs that uncovered the two finds in Leicestershire and Rutland.

Their work has been picked up by the show presented by Prof Alice Roberts.

The university said it was delighted the digs will be on national television. 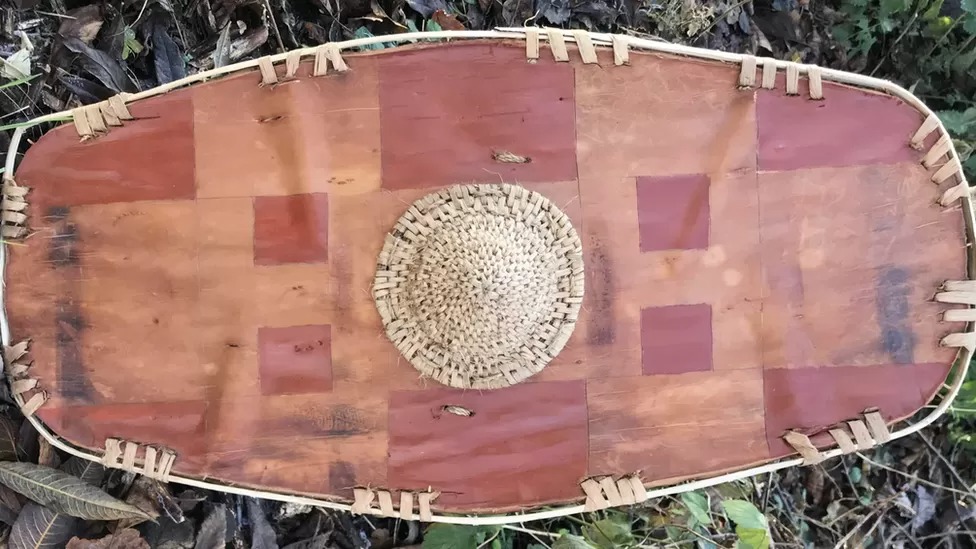 Experts have recreated the Iron Age bark shield found near Leicester
The fragile remains of the shield, made from bark and thought to be more than 2,000 years old, were found by University of Leicester Archaeological Services (ULAS) academics in 2015 during a routine dig at Everard’s Meadows, near Enderby, to the south of Leicester.

Radiocarbon dating has revealed the shield was made in the Middle Iron Age, between 395 and 255 BC.

Experts have since created a replica painted and scored in red chequerboard decoration. 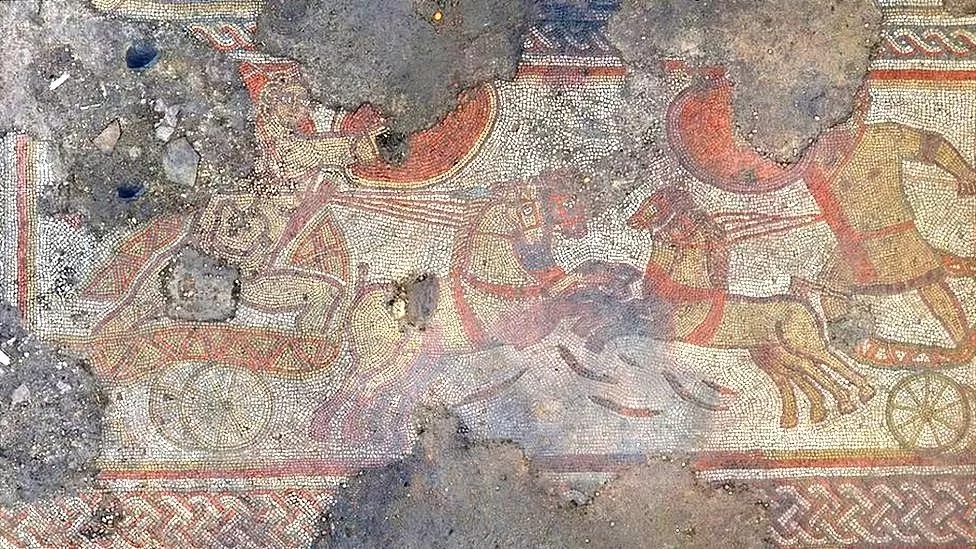 The impressive mosaic is one of only a handful across Europe
The current series of Digging for Britain also includes a new report on the discovery of a Roman villa under Rutland farmland in 2021.

The internationally significant find included a mosaic featuring scenes from the Trojan War and the mythological hero Achilles battling his rival Hector, a Trojan prince.

The mosaic is thought to have been part of a bath house within a sprawling complex of buildings.

The programme will feature recent work carried out by ULAS and Historic England to investigate other buildings on the villa site and learn more about the lifestyles of those who lived there.

Deputy director of ULAS John Thomas, who also managed the Rutland dig, said: “We are delighted to once again showcase the archaeology of Leicestershire and Rutland on national television.

“It really highlights the fact that our region has an awful lot to offer from our rich heritage in this part of the country.”

The shield features in episode three of the series 10 and the villa in episode five.