Archaeologists in London have announced the discovery of the largest Roman mosaic found in the British capital in half a century. The decorative dining room floor was unearthed on the building site of a new development in Southwark, not too far from the city’s tallest building, the Shard. 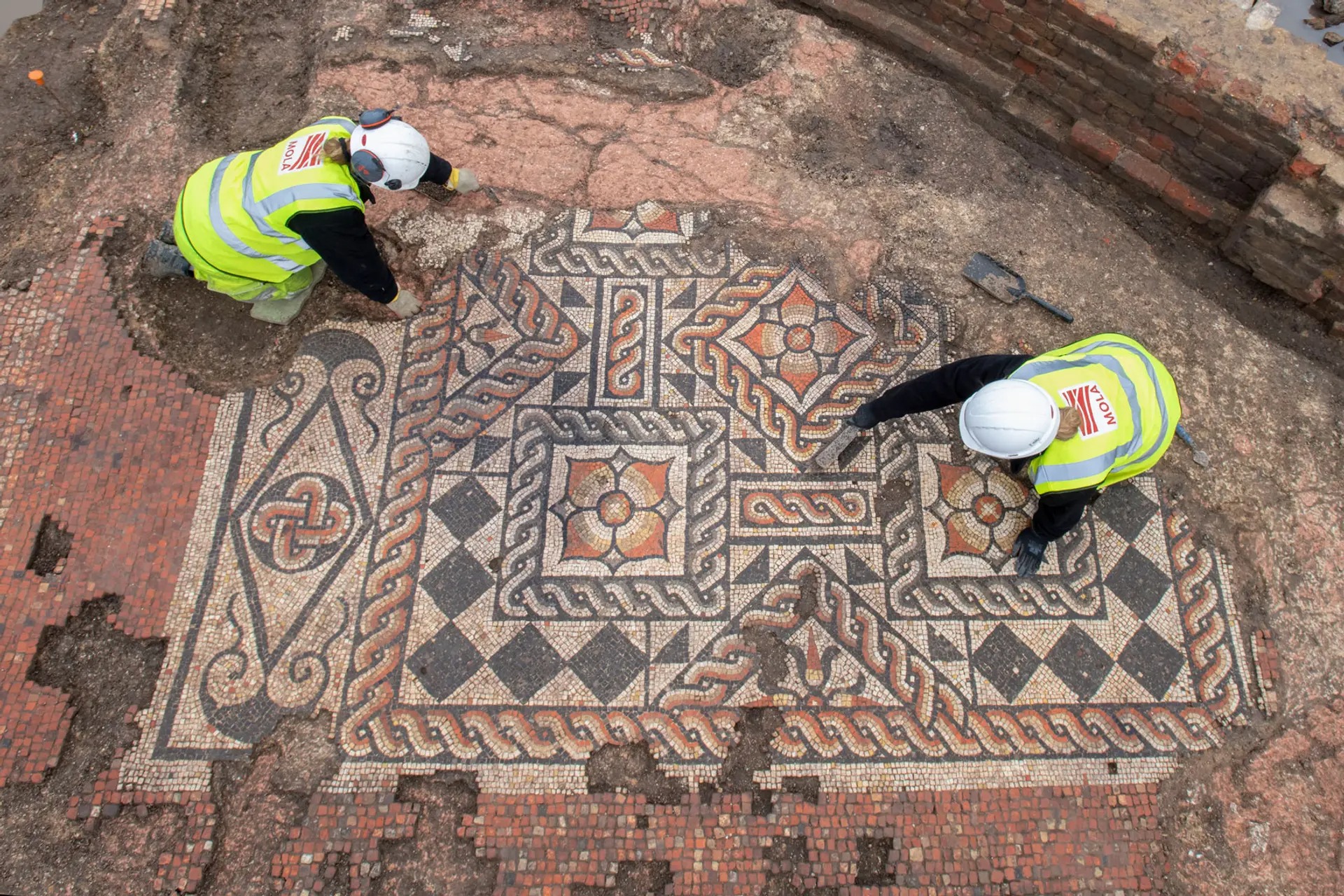 The mosaic, dating from the late 2nd or early 3rd century AD, was discovered by archaeologists from the Museum of London Archaeology (MOLA). According to the site supervisor Antonietta Lerz, “this is a once-in-a-lifetime find in London”. She added that, “when the first flashes of colour started to emerge through the soil everyone on site was very excited.” 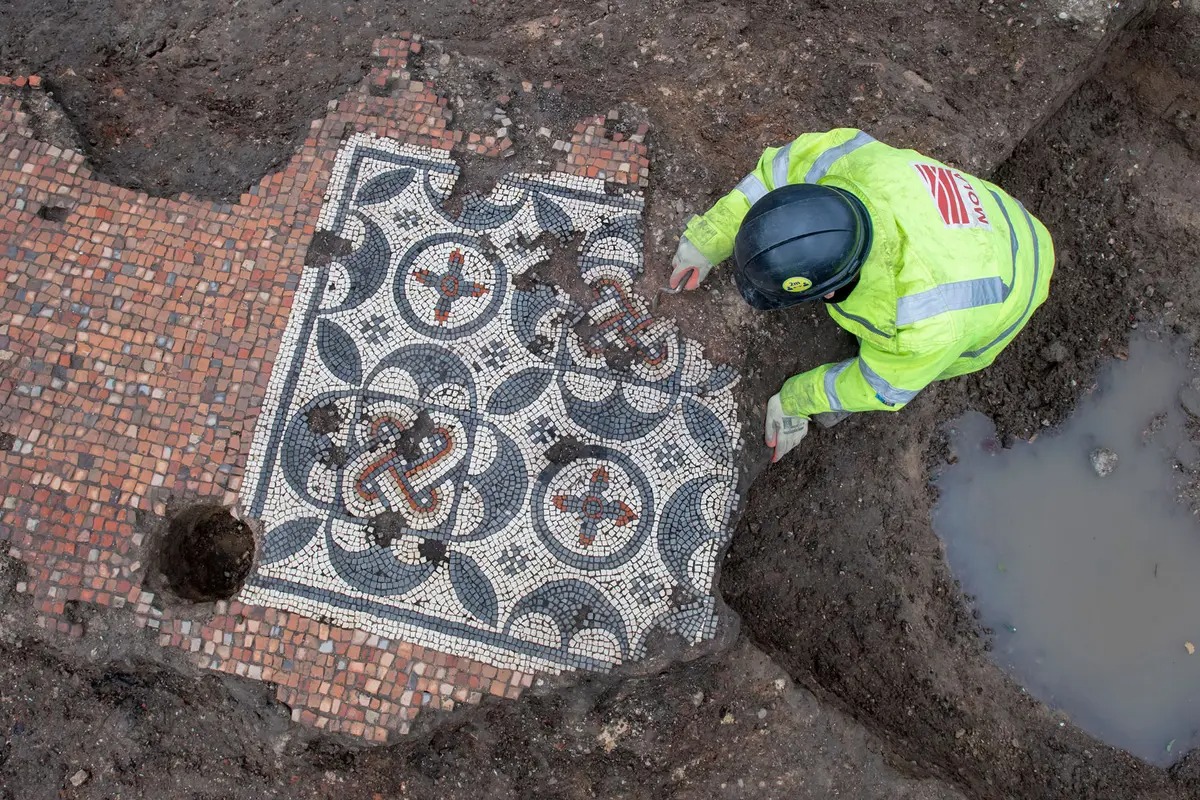 The newly discovered mosaic panels are made from small, coloured tiles formed into geometric patterns and intertwined strands surrounding stylised flowers. One of the designs is said to bear a striking resemblance to a mosaic discovered in Trier, in southwest Germany, and is likely to have been made by the same mosaicists, according to a statement from the MOLA archaeologists.

Traces of a private Roman residence have also been discovered on the site, including “lavishly painted walls, terrazzo-style and mosaic floors, coins, jewellery and decorated bone hairpins”, according to a MOLA press statement. 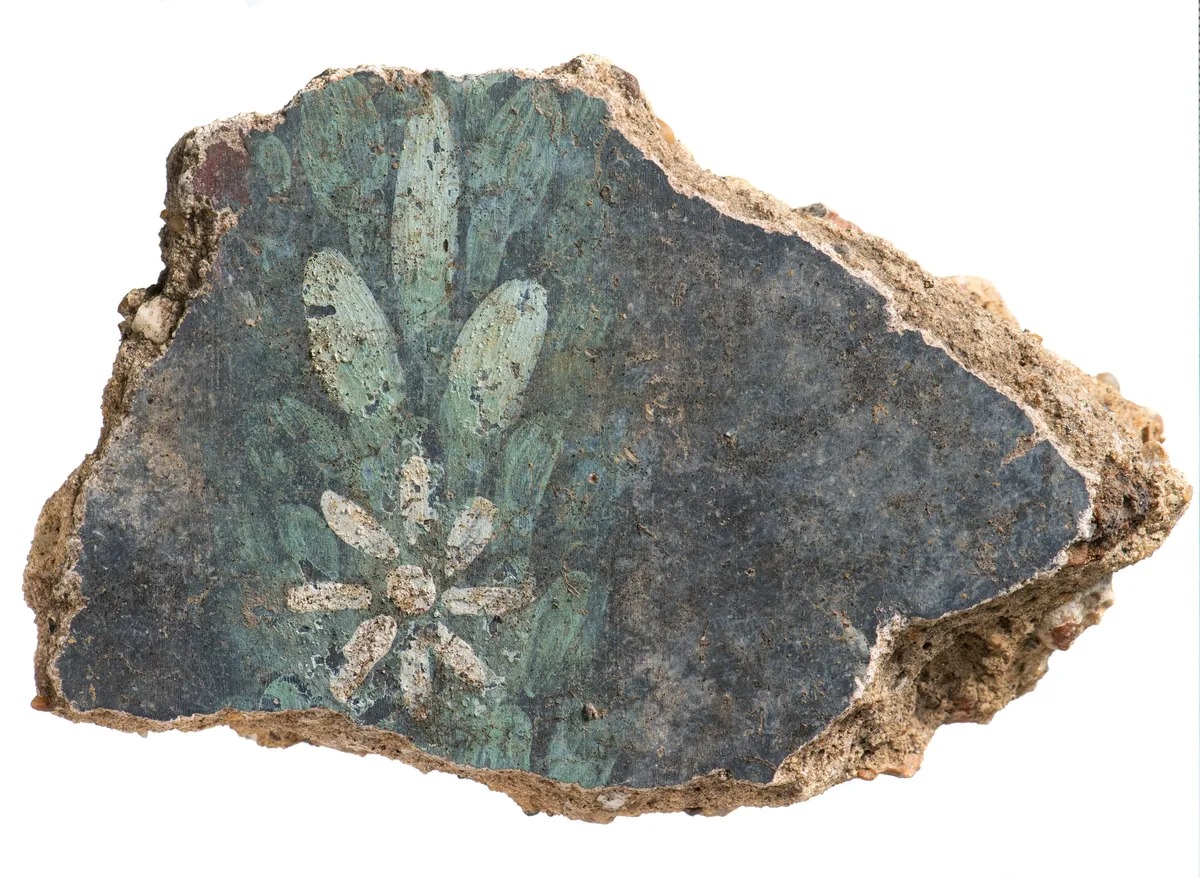 The location of the find is outside the boundaries of what would have then been Roman Londinium, and the archaeologists suggest it could have been the site of a large mansio, a roadside resting place with rooms used by Roman officials. The mosaic would have featured on the floor of a colourfully decorated dining room, of which some painted wall fragments were also discovered at the site.

The mosaic will be removed for further conservation and will potentially reveal what is thought to be an older mosaic beneath it. The MOLA team is still in discussions with Southwark Council about a site for publicly displaying the find.