Intensive agriculture may have exacerbated drought in ancient Maya city

(Phys.org)—The ancient Maya city of Tikal may have used intensive agricultural practices to maintain its large population, according to a study by David Lentz of the University of Cincinnati and colleagues. While these practices enabled sustainable population growth for some time, they may eventually have exacerbated a drought that caused the abandonment of the city. The study appears in the Proceedings of the National Academy of Sciences. 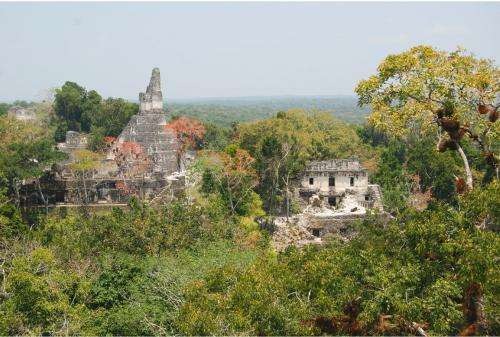 The city of Tikal, located in what is now Guatemala, was once a major Maya population center and political center. During the Late Classic Period, which lasted from A.D. 600 to A.D. 850, the city displayed unprecedented achievements in architecture, art and astronomy. By the middle of the ninth century, however, its inhabitants had abandoned it, constructing its last dated monument in A.D. 869.

For decades, researches have tried to understand how Tikal was able to maintain its large population. The people would not have been able to import enough food to sustain themselves, as they had no draft animals, wheeled vehicles or navigable waterways. Lentz and his team hypothesized that the Maya at Tikal relied on intensive agriculture for sustenance. 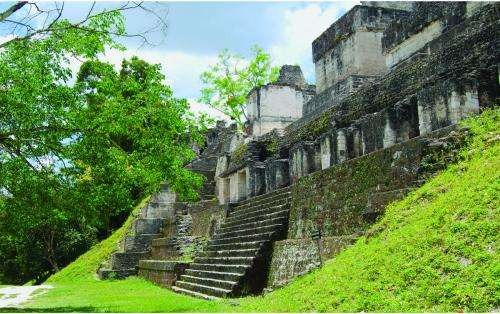 However, the methods used to increase agricultural productivity caused Tikal to become completely dependent on consistent annual rainfall. When the central Maya lowlands began experiencing an extremely dry period in the middle to late ninth century, the people could no longer grow enough food to meet their needs. The inhabitants of Tikal could have exacerbated the drought by clearing forests and constructing extensive pavements. The landscape would have lost the resilience to adapt to the changing conditions.

Ruins of the Maya city, Tikal. Credit: David L. Lentz
By the middle of the ninth century, little food or water would have been left. As the city’s social structure collapsed, the people would have abandoned it.

Lentz and his team believe that the fall of Tikal began when the city reached a tipping point in which reduced precipitation would not allow the inhabitants to meet their increasing productivity demands. Until the end of the Late Classic Period, intensive agriculture was able to fulfill immediate demands. However, when the dry period began, Tikal was unable to adapt to changing climate patterns. The team thinks similar scenarios occurred throughout the central Maya lowlands at this time. 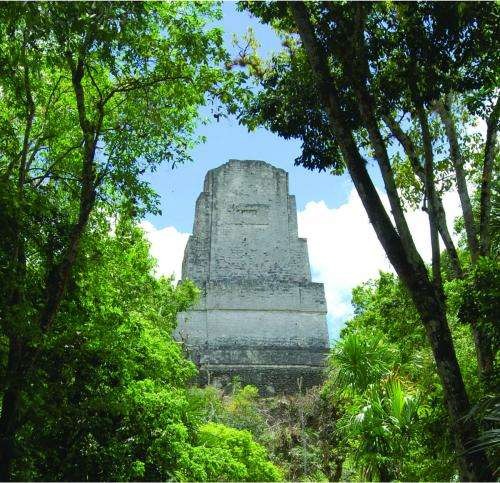