The discovery is evidence of wealthy Romans ‘living the good life’, say archaeologists 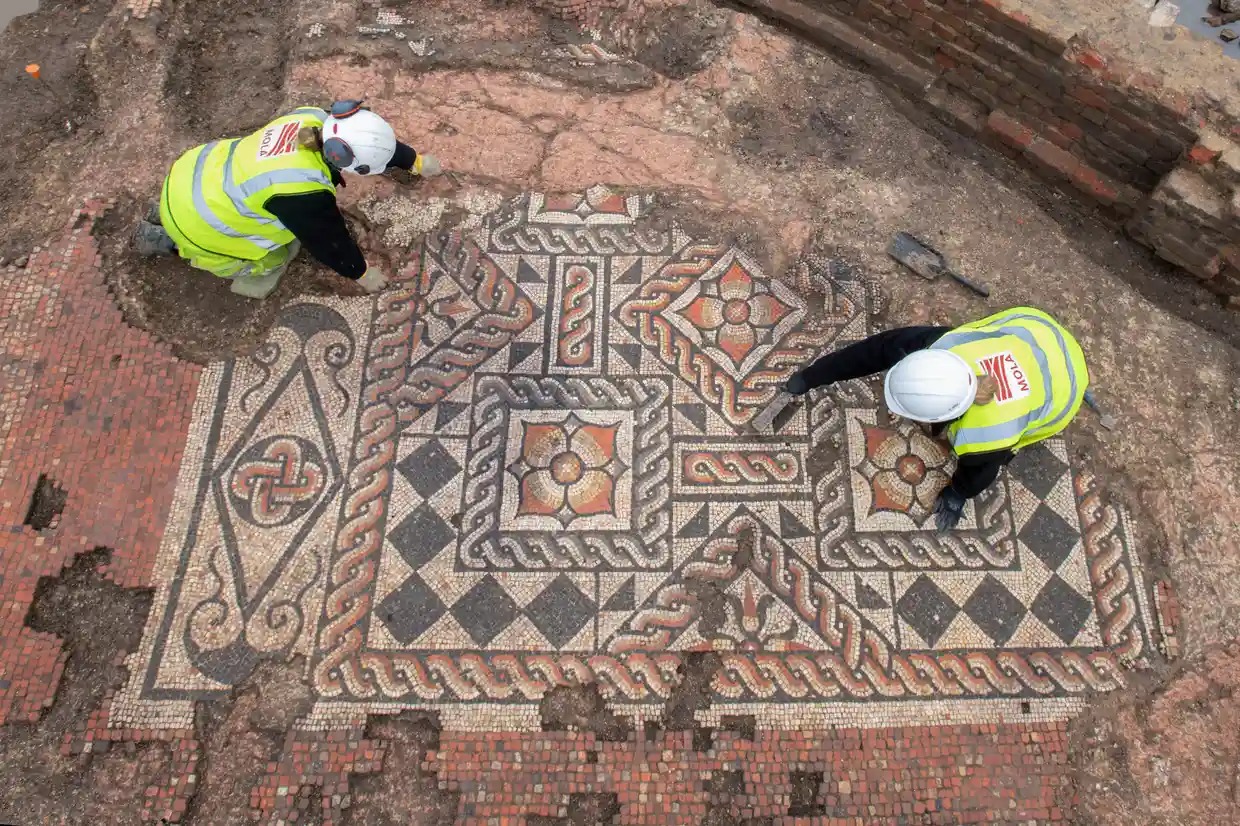 Archaeologists have uncovered the largest area of Roman mosaic found in London in more than half a century.

The precious tile work from “the heyday of Roman London” was discovered at a building site near the Shard in Southwark.

The largest expanse of Roman mosaic found in London for more than half a century has been unearthed at a site believed to have been a venue for high-ranking officials to lounge in while being served food and drink.

Dating from the late second century to the early third century, the mosaic’s flowers and geometric patterns were a thrilling, once-in-a-lifetime find, said Antonietta Lerz, of the Museum of London Archaeology (Mola).

It was discovered about a month ago at a construction site near London Bridge. The mosaic, which is eight metres long, will be lifted later this year for preservation and conservation work, with the eventual hope of it being publicly displayed.

Its main panel features large, colourful flowers surrounded by bands incorporating a twisted-rope design, set within a red tessellated floor. There are also geometric elements and lotus flowers in the main mosaic and a smaller nearby panel.

David Neal, an expert in Roman mosaic, has attributed the design of the larger panel to a team of mosaicists known as the Acanthus group, who developed a unique style. The smaller panel is a close parallel to one unearthed in Trier, Germany, suggesting that London artisans travelled abroad.

The archaeologists from Mola, who have worked at the site since last June, believe the room housing the mosaic was a triclinium, containing dining couches on which people would recline to eat and drink while admiring the decorative flooring. The walls were also richly decorated. 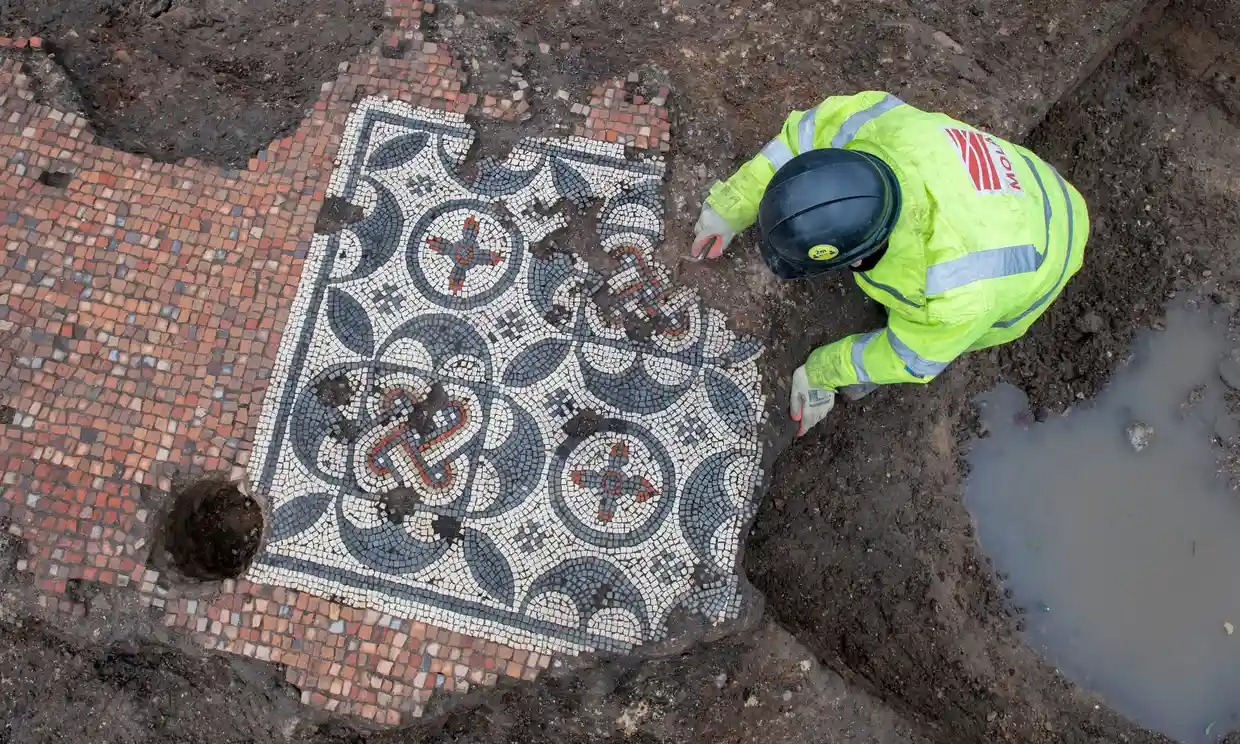 A smaller panel was found that is similar to a mosaic unearthed in Trier, Germany. Photograph: MOLA/Andy Chopping
The triclinium may have been part of a Roman mansio, effectively an upmarket motel offering accommodation, dining and stabling to state officials and couriers travelling to and from Londinium across the river. The footprint of the building is still being uncovered, but it appears to have been a large complex around a central courtyard.

Another large Roman building was also found at the site, which archaeologists say was likely to have been the private residence of a wealthy individual or family. Traces of lavishly painted walls, terrazzo and mosaic floors, coins and jewellery have been found.

Among the items recovered are a decorated bronze brooch, a bone hairpin and a sewing needle. “These finds are associated with high-status women who were following the latest fashions and the latest hairstyles,” said Lerz.

It was “the heyday of Roman London”, she added. “The buildings on this site were of very high status. The people living here were living the good life.”

The site is being redeveloped as The Liberty of Southwark, a complex of offices, homes and shops that is a joint-venture by U+I and Transport for London (TfL).

… as 2022 draws to a close, and you’re joining us today from Vietnam, we have a small favour to ask. It’s been a challenging year for millions – from the war in Ukraine, to floods in Pakistan, heatwaves across Europe, protests in Iran, global economic turbulence, and continued repercussions from the global pandemic. The Guardian has delivered rigorous, fiercely independent reporting every day. It’s been no mean feat. Will you support our work today?

Being a reader-funded news publication allows us to keep our journalism open and free for everyone across the world. This feels more vital than ever. In 2022, millions have turned to us for trusted reporting on the events that shaped our world. We believe equal access to fact-checked news is essential for all of us.

Unlike many others, the Guardian has no shareholders and no billionaire owner, so our reporting is always free from commercial and political influence. This emboldens us to seek out the truth, and fearlessly demand better from the powerful.