GAZA, Sept 18 (Reuters) – An ornate Byzantine floor mosaic showing a variety of colourful birds and other animals has been discovered by chance in Gaza after a Palestinian farmer tried to plant new trees on his land.

Salman al-Nabahin unearthed the relic six months ago while working in his olive orchard in Bureij refugee camp, about a kilometre (0.5 mile) from the border with Israel.

Trying to figure out why some trees had not properly taken root, Nabahin said he and his son began digging. Then the son’s axe hit something hard and unfamiliar in appearance.

“I searched on the internet … We learnt it was mosaic belonging to the Byzantine era,” said the father-of-seven, sitting next to his discovery. “I see it as a treasure, dearer than a treasure. It isn’t personal, it belongs to every Palestinian.” 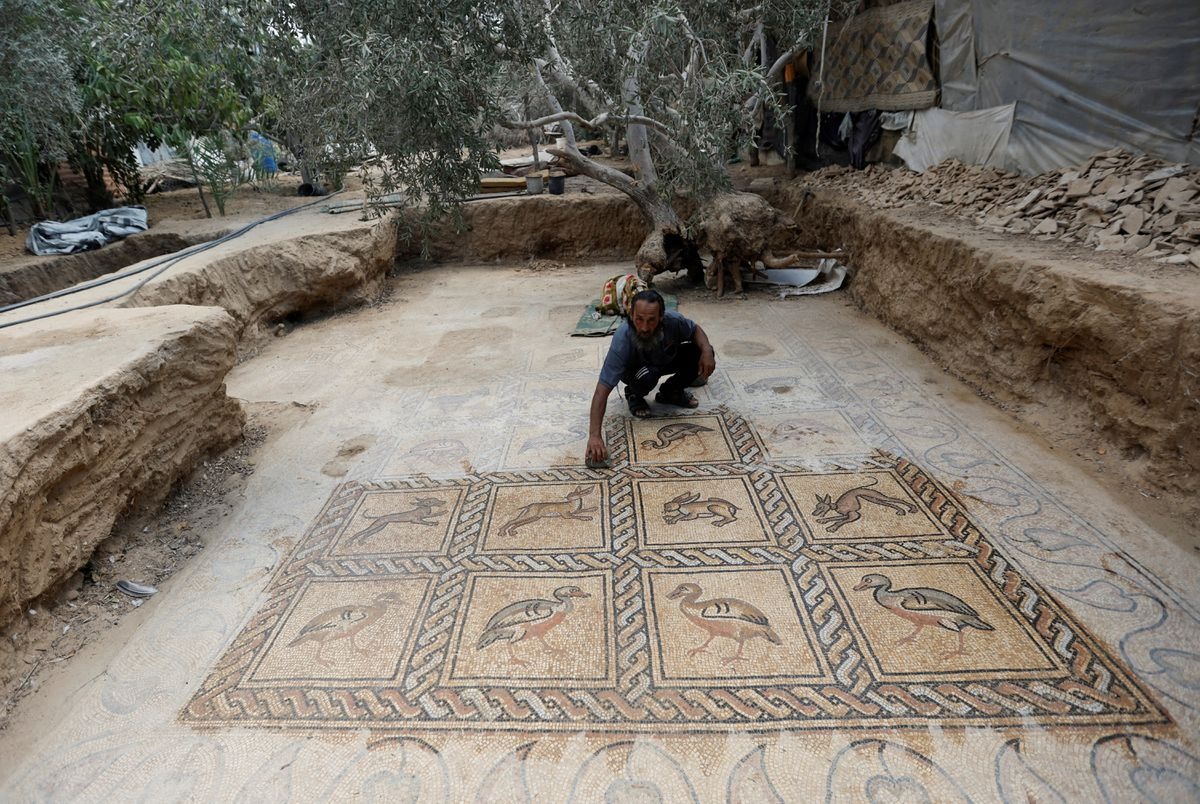 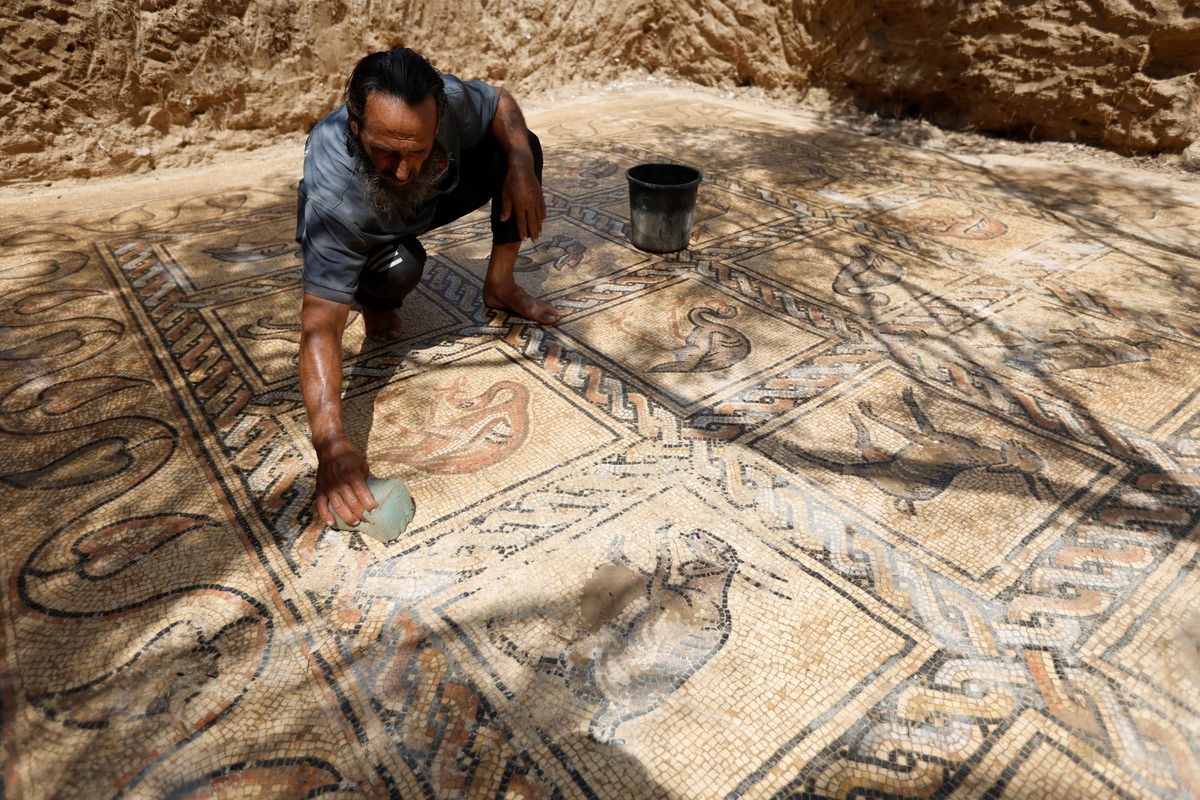 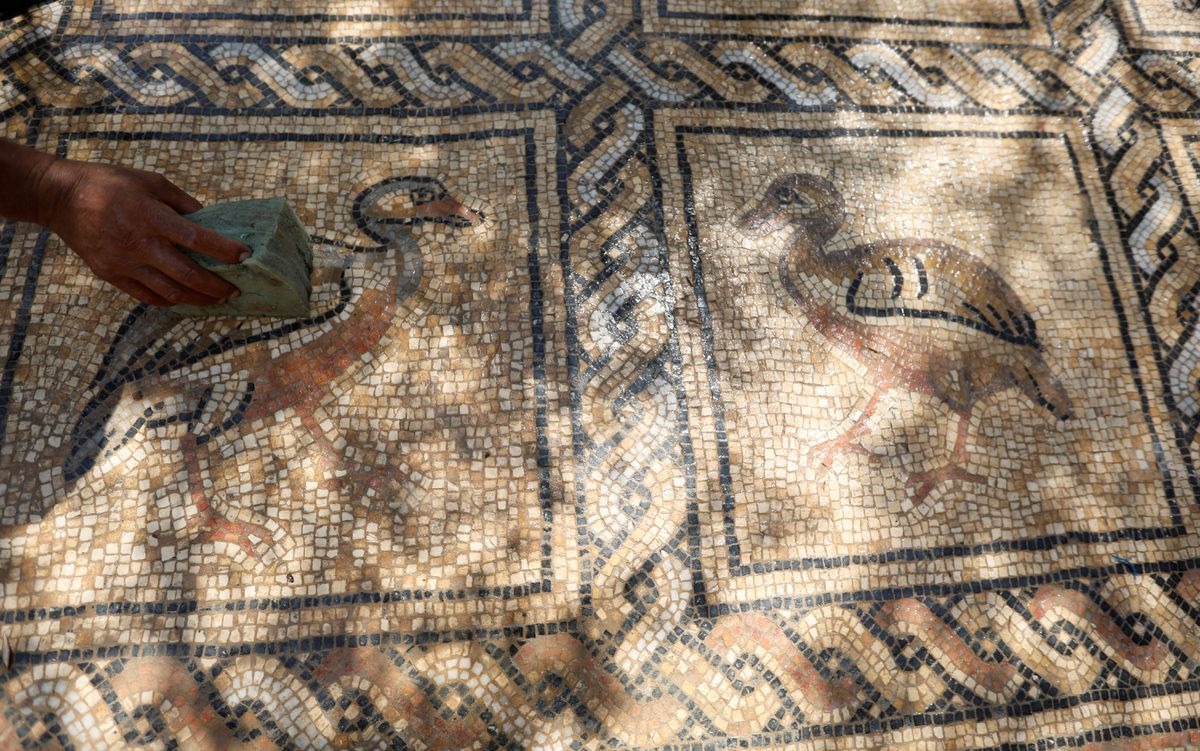 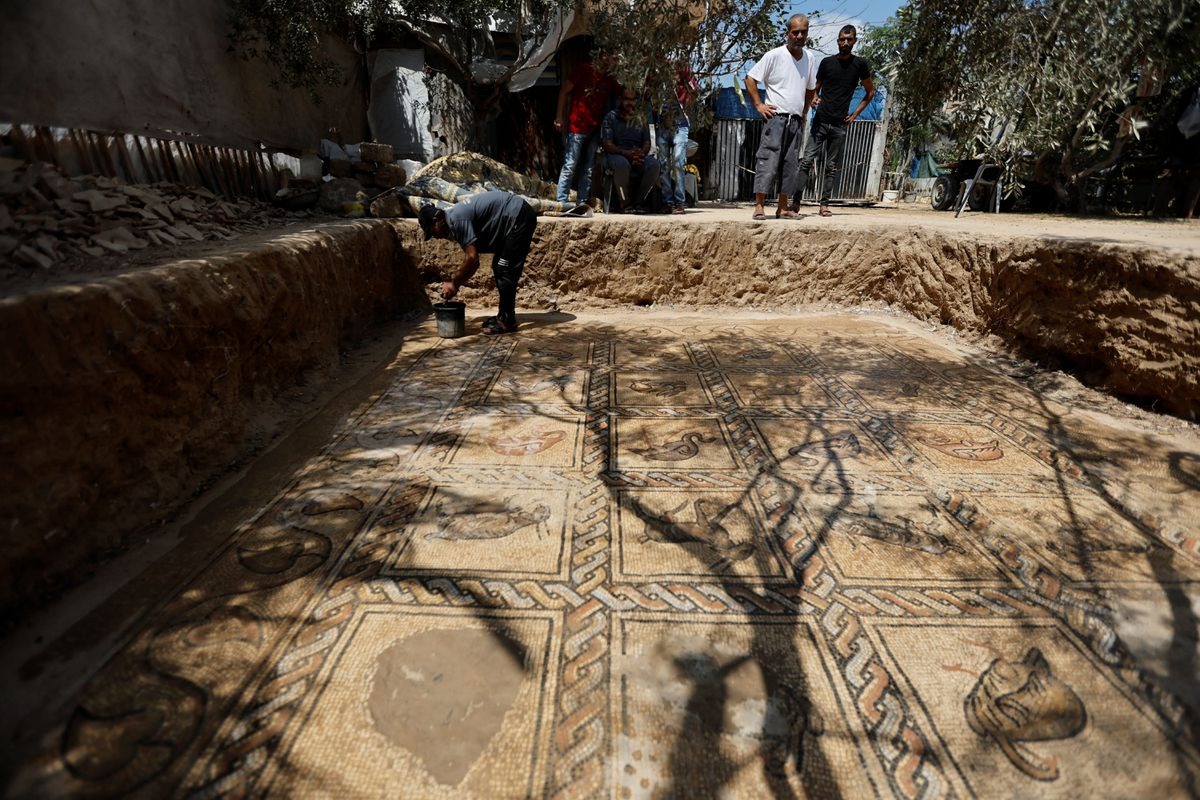 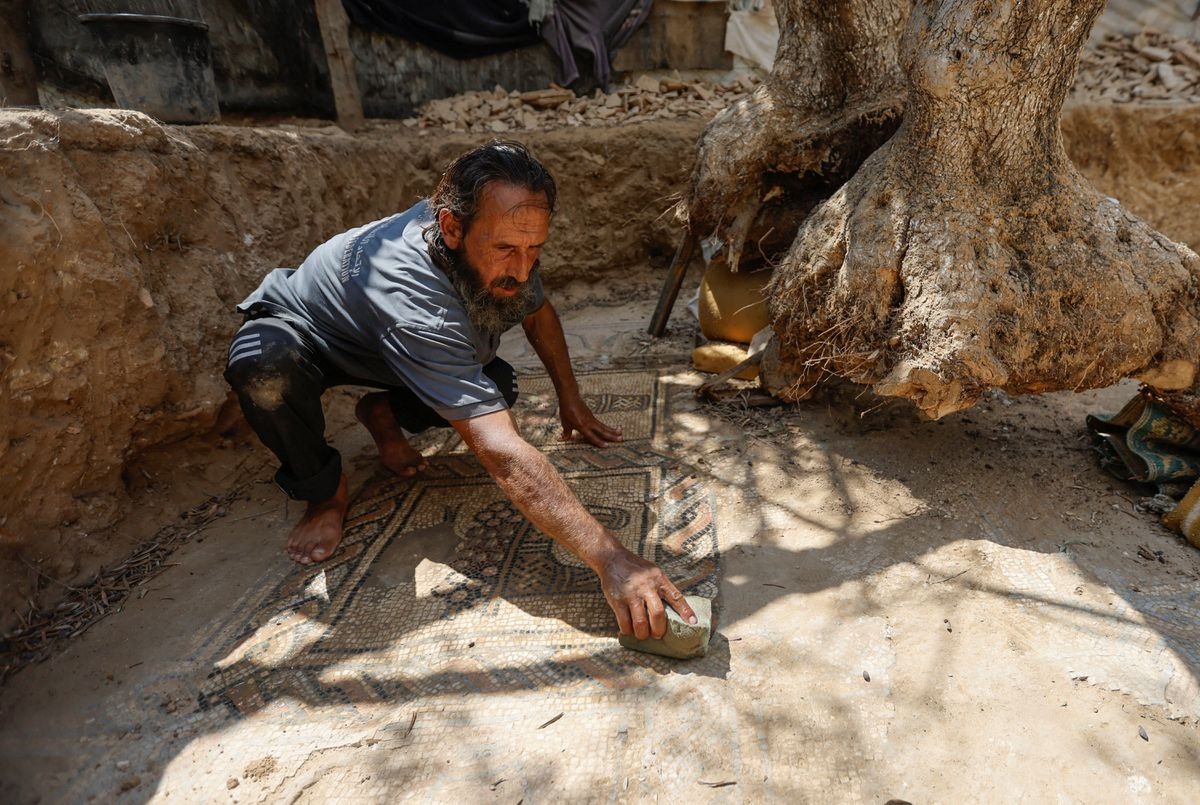 [1/5] Palestinian farmer Salman al-Nabahin cleans a mosaic floor he discovered at his farm and which dates back to the Byzantine era, according to officials, in the central Gaza Strip September 18, 2022. REUTERS/Ibraheem Abu Mustafa

The Palestinian Ministry of Tourism and Antiquities said the flooring included several mosaic panels depicting animals and other features of social life during the Byzantine era.