Excavation and mosaic floors of villa. Credit: University of Southern Denmark
Although this 1700 years old luxury villa was excavated and examined both in 1856 and in the 1990s, it still has secrets to reveal. 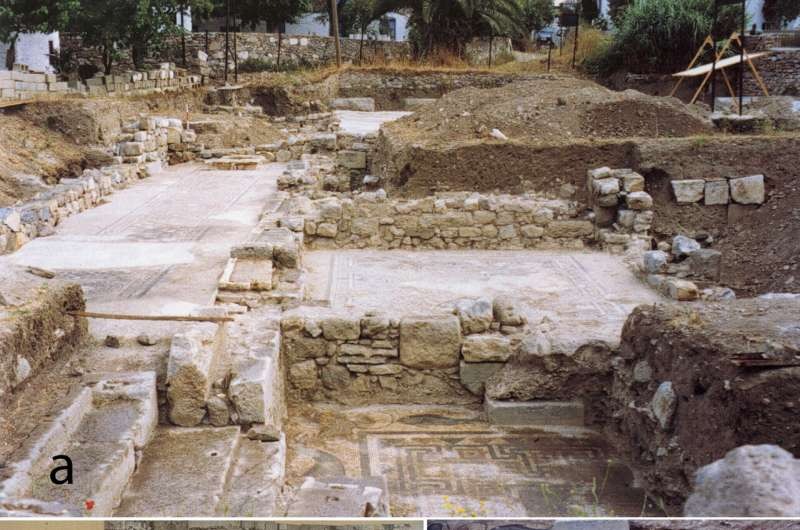 One of seven wonders of the world

The tesserae originate from an excavation of a villa from late antiquity, located in Halikarnassos (today Bodrum in Anatolia, Turkey). Halikarnassos was famous for King Mausolus’ giant and lavish tomb, which was considered one of the seven wonders of the world. 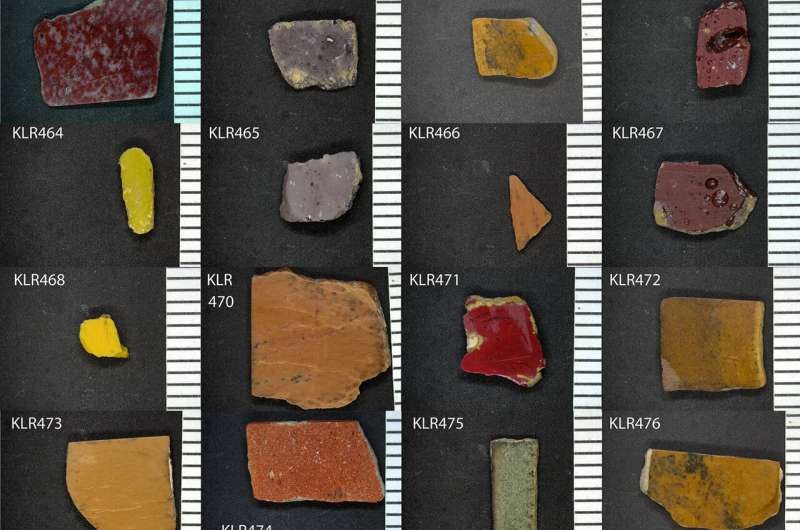 Mosaic flooring was a costly luxury: expensive raw materials like white, green, black, and other colors of marble had to be transported from distant quarries. Other stone materials, ceramics and glasses also had to be imported.

“I received 19 mosaic tesserae for analysis in my lab in Denmark. Of these, seven were of glass in different colors; purple, yellow, red, and deep red. My conclusion is that six of them are probably made of recycled glass,” says Kaare Lund Rasmussen. 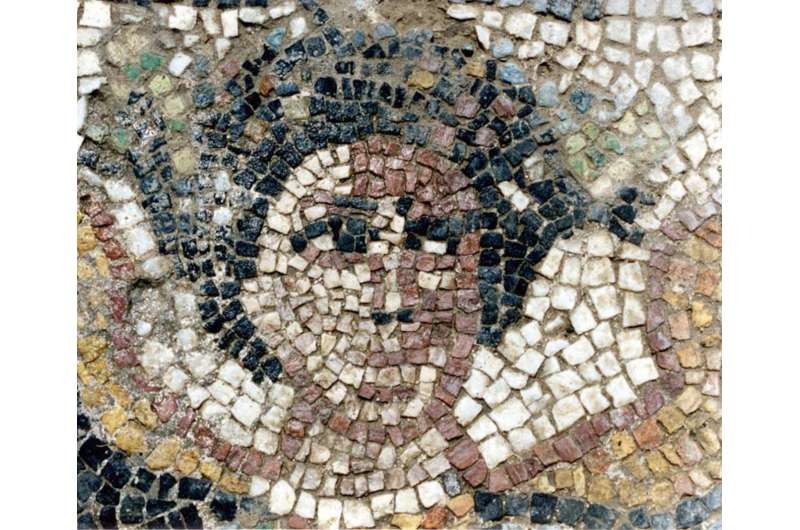 Detail of mosaic floor. Credit: Kaare Lund Rasmussen/University of Southern Denmark.
Waning of Roman Empire—We were able to distinguish between base glass from Egypt and base glass from the Middle East and also, we could determine which elements were added by the ancient craftsmen to color the glasses and to make them opaque, which was preferred at the time, he says.

It is of course difficult to extrapolate from only seven glass mosaic tesserae, but the new results fit very well with the picture of Anatolia in late antiquity. As the power of the Roman Empire waned, trade routes were closed or rerouted, which probably led to a shortage of goods in many places—including raw materials for glass production in Anatolia.