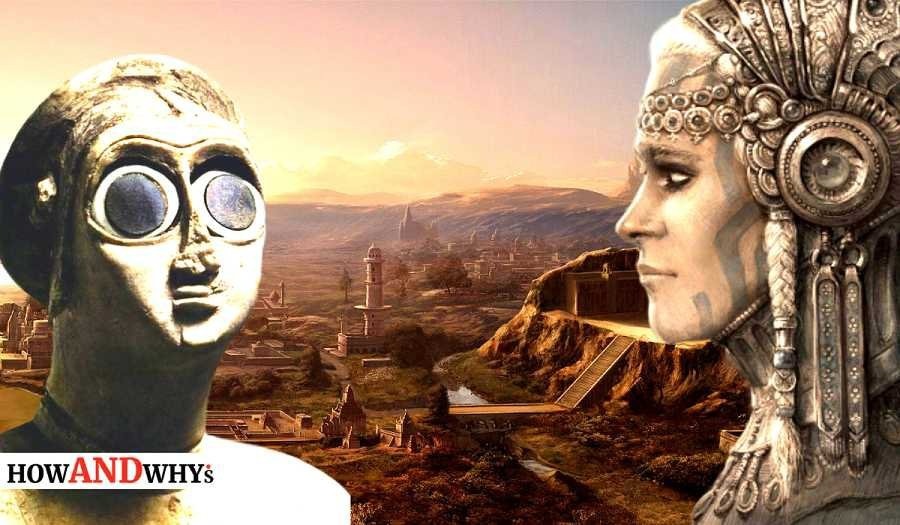 One of the earliest known advanced civilizations was the Sumerians, who lived in Mesopotamia between the Euphrates and Tigris rivers roughly 7000 years ago. This region later developed into Babylonia, which is today Iraq and Syria. The magnificent ancient structures of the Sumerians rival the Egyptian pyramids in size and splendor. The Sumerians believed in many gods. They prayed to Anu (supreme god or sky god), Enki (god of water, knowledge, mischief, crafts, and creation), Enlil (Lord Wind), Inanna (Queen of Heaven), Utu (sun-god), and Sin (moon-god). They invented numerous technologies including the wheel, cuneiform script, arithmetic, geometry, irrigation, saws and other tools, sandals, chariots, harpoons, and beer.

Tell Brak, which is situated in the Upper Khabur region of northeast Syria on the lush plains close to the Tigris river, has been identified by previous scientific research as one of the largest ancient sites in northern Mesopotamia and among the world’s first cities. Fr. Pierre Poidebard took the first aerial photographs of Tell Brak in the 1920s, and Sir Max Mallowan conducted the first excavations there in 1937–1938. A British Academy Study Development Award (BARDA) began funding archaeological research at Tell Brak in 2011. Around 2,000 B.C., the city was finally abandoned.

This ancient city was regarded as a global city in antiquity. Many civilizations, including the Sumerians, Babylonians, Akkadians, and Mittani, called it home. In Tell Brak, strange antique eye idols that are unique to Syria and Mesopotamia were discovered. Tell Brak, an ancient city in Syria is one of the world’s oldest cities, dating back to a time before history was recorded. This historic city is so old that it even predates the Egyptian pyramids by around 4,000 years. It does not matter what settlement lived in the city more than 8,000 years ago, but it was known as “Nagar.”

Even though it was one of the oldest towns on Earth, no one knew it existed until old US spy satellites took pictures of the Middle Eastern desert and discovered the faint traces of an ancient metropolis. One of the best instances of aerial photography assisting archaeology is at this ancient location. (Source) 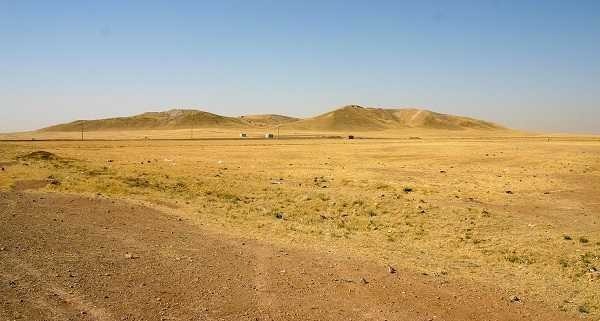 An image of Tell Brak. Would you say this is an ancient city? Probably not, but this is a look at the archaeological site from a distance. Thousands of years of history are buried beneath the surface. Image Credit: Wikimedia Commons
Jesse Casana, an anthropology professor at Dartmouth College, discovered the ancient city’s ruins in imagery that was captured by a US spy satellite 50 years ago. The remarkable discovery was made by Dr. Casana and discussed in the documentary “The Life of Earth: The Age of Humanity.” It presents significant issues regarding the prehistoric history of humans. If his theory is proven correct, the ancient history of this region must be seen in a new light.

The countryside was far less industrialized 50 years ago, when these photos were taken, than it is now, making them extremely significant. Thanks to the CORONA Spy photos, the researcher and his colleagues were able to document some 10,000 hitherto undiscovered archaeological sites.

Between 1959 and 1972, the United States oversaw the CORONA espionage satellite program. During this time, spy planes flew overhead, taking many photos of military facilities and various archaeological sites. “We were able to document something like 10,000 previously unknown archaeological sites that, through the history of 150 years of archaeologists working in the Middle East, no one had ever documented,” Dr. Casana explained.

According to Dr. Casana, Tell Brak, which was founded approximately 6,500 B.C., may have been the world’s “first city.” Pottery discovered at the site, according to archaeologists, is older. Tell Brak became a major urban center before other well-known cities in southern Mesopotamia, notably Uruk, the home of the legendary hero Gilgamesh, revealed by excavations and surface surveys.

Tell Brak was constructed in an advantageous location along the main route that led from the Tigris Valley north to the mines of Anatolia and west to the Euphrates and the Mediterranean. Given the abundance of workshops discovered at the location, the city was probably well-esteemed and recognized as a significant commercial hub.

Additionally, archaeological excavations have uncovered proof of the mass manufacture of bowls and other objects from white marble and obsidian. From the strata of the ancient cities, stamp seals and sling bullets have also been discovered. It implies that the civilization that inhabited the city was engaged in a wide variety of artisan pursuits, such as basalt grinding, flint working, and weapon production.

According to seals found at the site, four-wheeled carts and war carriages were used in the pre-Akkadian dynasty. “Nagar” was one of the most important cities in this region of northern Mesopotamia throughout the third millennium, according to contemporary cuneiform tablets discovered in the Ebla area, despite the fact that much of the city’s history is still unknown. A key point of interaction between the towns of Mesopotamia and the Levant in the west, according to experts, was also located in this city. 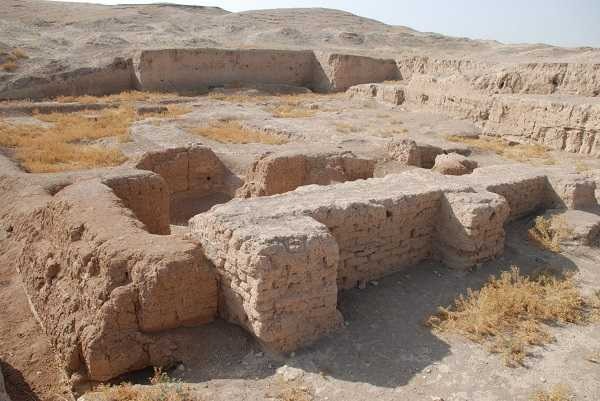 An image showing the excavated remnants of parts of Tell Brak. The Naram-Sin temple, a view center from the north. Image Credit: Wikimedia Commons.
The earliest levels of the city that have been excavated are thought to date back to the mid-fifth millennium BC and include some of the most massive buildings on the site, some of which date back as far as the end of the Ubaid Period. The city shrank in size at the beginning of the third millennium BC, just at the end of the so-called Uruk period, but it expanded again around 2,600 BC, precisely when it became known to people as Nagar, despite the fact that it was of great importance and underwent significant evolution during that time.

The area’s changing climate almost certainly had a significant impact on the initial settlers. Around 10,000 years ago, when the previous Ice Age came to an end, the environment was substantially warmer, which caused grassland to grow significantly. People were able to dwell in the area and give up their hunter-gatherer lifestyles because of the area’s greater temperature. Instead, early people adopted agriculture, and after establishing a society, they developed into a strong civilization.

During the Akkadian era, Tell Brak developed into a significant commercial hub and persisted as one. Archaeologists must resume excavation work at the site, which has been halted by the Syrian Civil War, in order to support Dr. Casana’s theory. There are compelling arguments to reevaluate the age of Tell Brak if additional antiquities from 6500 B.C. may be discovered at the site. According to Dr. Casana, it might be one of the world’s earliest ancient cities.