Part of the mosaic with the Greek inscription. Screenshot from Video
An early Byzantine Christian monastery with its exquisite mosaic was recently unearthed in Izmir, Western Turkey. 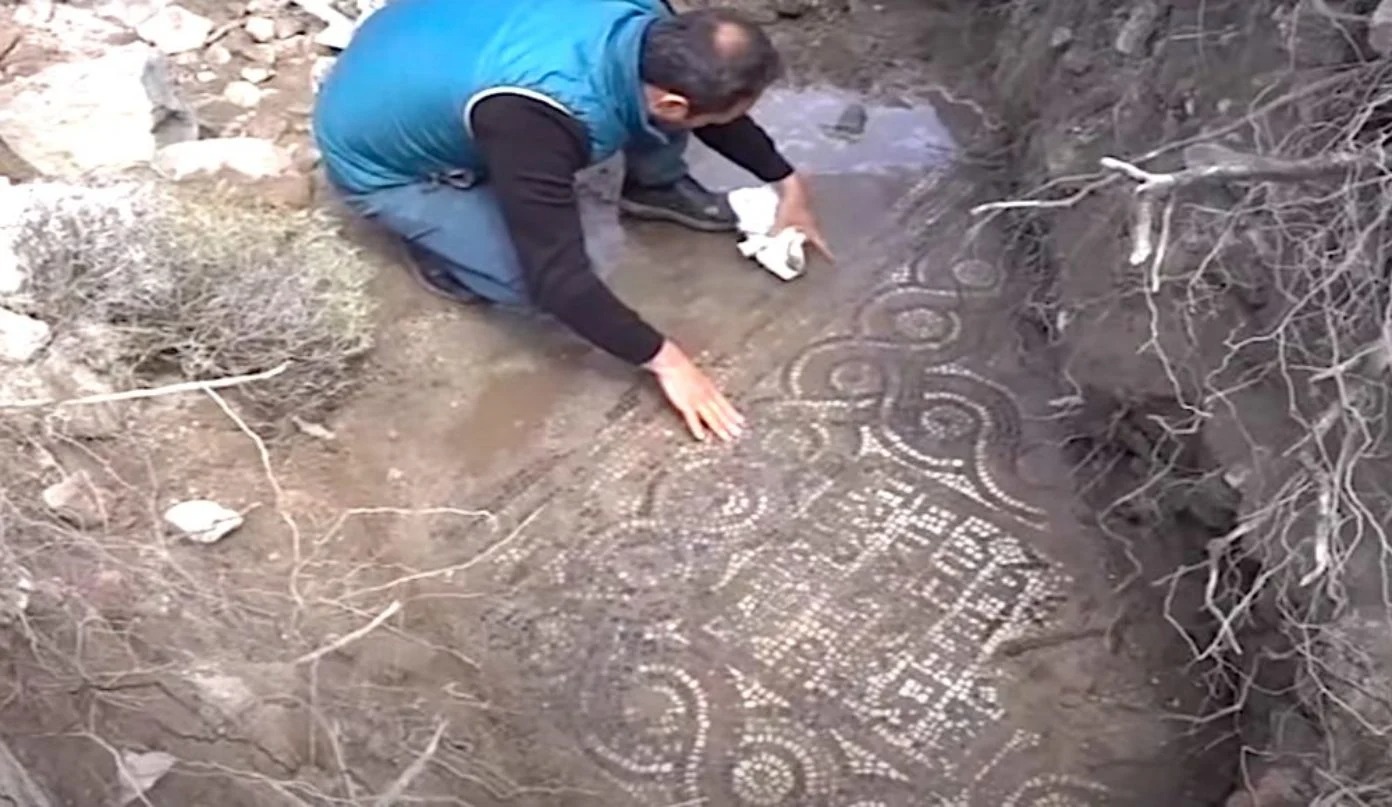 The impressive discovery was made during an excavation that was being carried out by two individuals illegally in Aliaga, in the heart of the Ancient Greek region of Aeolia.

Following information received by the Turkish police, officers from the Izmir area rushed to a mountainous region near Aliaga and caught two men trying to steal ancient artifacts in an excavation located two meters below ground.

After the arrest, Izmir’s Archaeological authorities took jurisdiction over the site, and now the area is under constant protection. 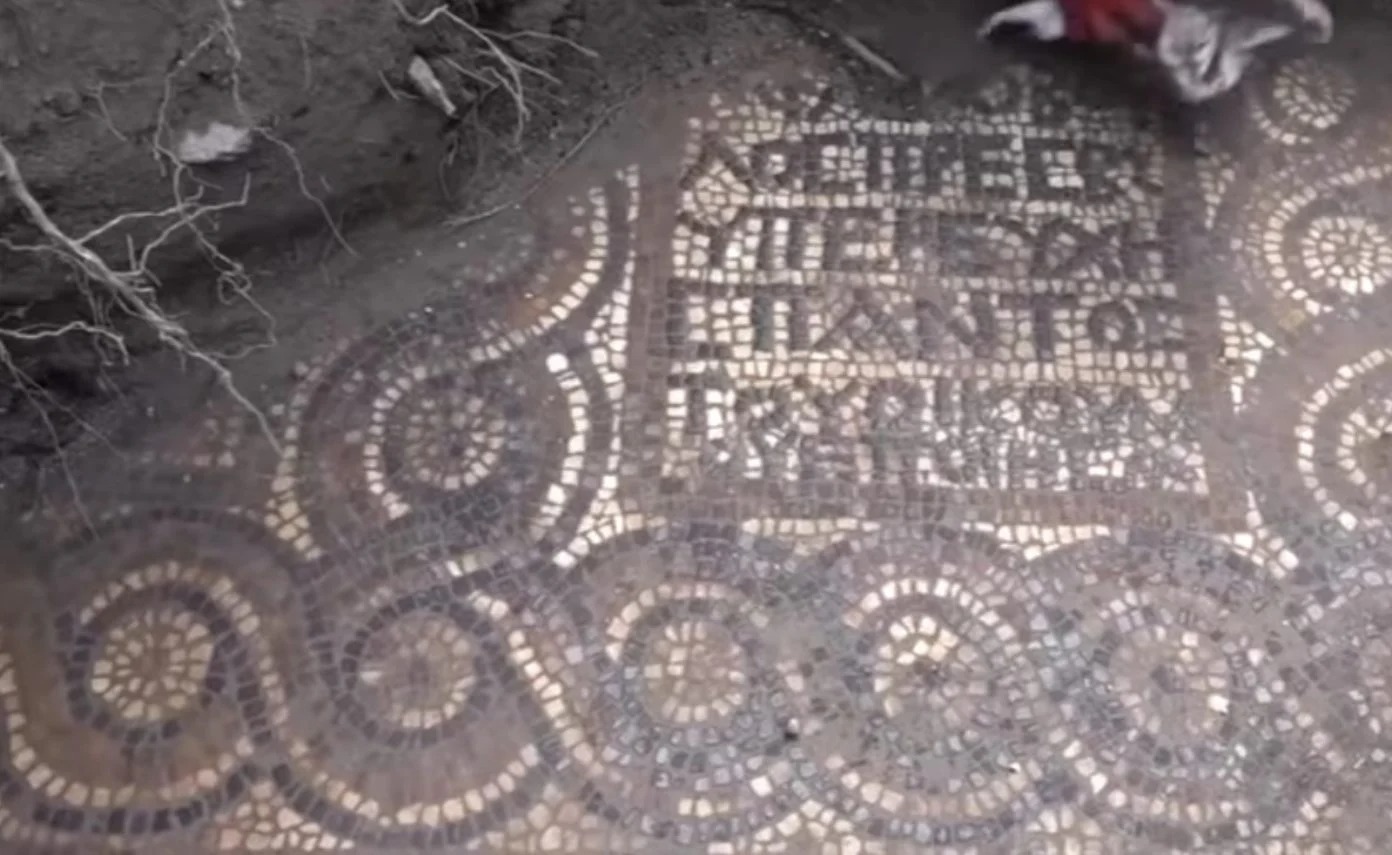 The Mosaic Found in Turkey’s Aliaga
Mosaic Turkey
Part of the mosaic with the Greek inscription. Screenshot from Video
The spectacular mosaic that was illegally unearthed is most likely from the floor of a 1,500-year old Christian monastery.

Turkish experts will soon transport it to the safety of a nearby museum.

According to Turkish archaeologists, the complex was once a monastery, and there are signs of a Christian basilica there as well.

According to their initial estimates, the monastery had been in use from the fourth all the way to the 14th century.

The greater area
The town of Aliaga was named after a member of the influential Ottoman Karaosmanoğulları ayan family, also known as Karaosmanoğlu Ali Ağa, who owned a huge estate there.

The remains of the ancient city of Myrina are within the boundaries of the district of Aliaga, where the mosaic was unearthed.

The Greek city of Myrina is located about fifteen kilometers (9.3 miles) north of Aliaga’s city center.

Another important site in the region is the yet-unexplored ancient Greek city of Gryneion, near today’s Şakran township on the peninsula, to the south of the center of town.

Visitors of the area can also use the road from Aliaga to visit the remains of yet another ancient Greek settlement, that of Aigai, in today’s Yuntdağı in the province of Manisa.