A rare inscription discovered on an olive press at an ancient Roman bath complex is revealing secrets about rural life in late antiquity.

The “Roman Balneum” is a bathing complex at Rafina, a famous suburban port town located on the eastern coast of Attica in the municipality of Arafinos in Greece. Here, the discovery of a rare olive press basin with a unique inscription is “changing the views and beliefs” about everyday life at Rafina. 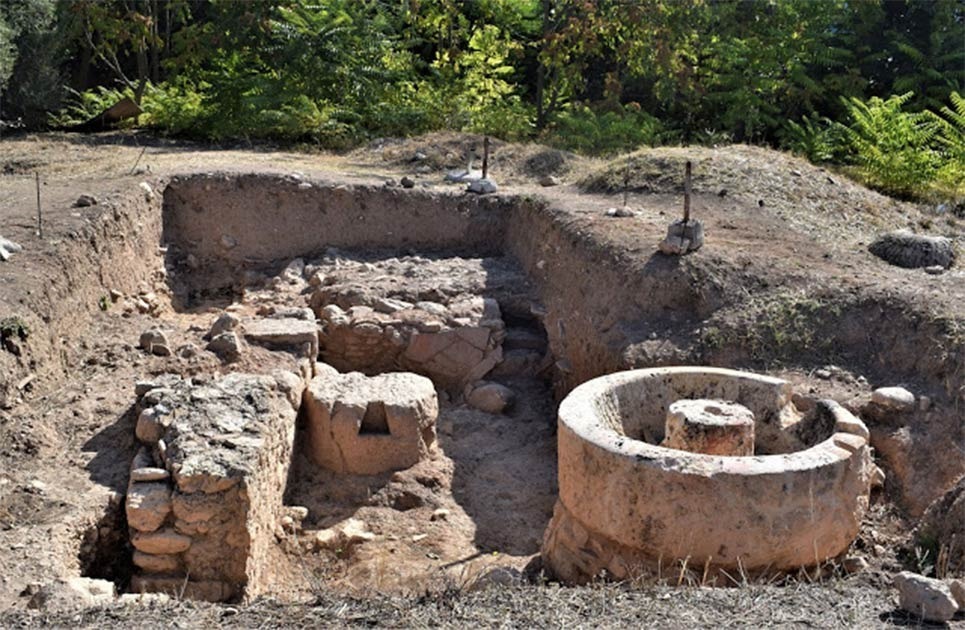 In ancient Roman culture , not only was group-bathing a way to maintain the body ’s cleanliness, but bathing houses, known as ‘thermae’ and ‘balneae,’ were popular places for socializing. Since 2013 excavators from the Department of History and Archaeology of the National and Kapodistrian University of Athens, and the Ephorate of Antiquities of Eastern Attica , have explored the Roman Balneum of Rafina. According to an article published in The Athens and Macedonia News Agency ( AMNA), recent discoveries at the Balneum are demanding a reinterpretation of traditional views on what occurred at this site. 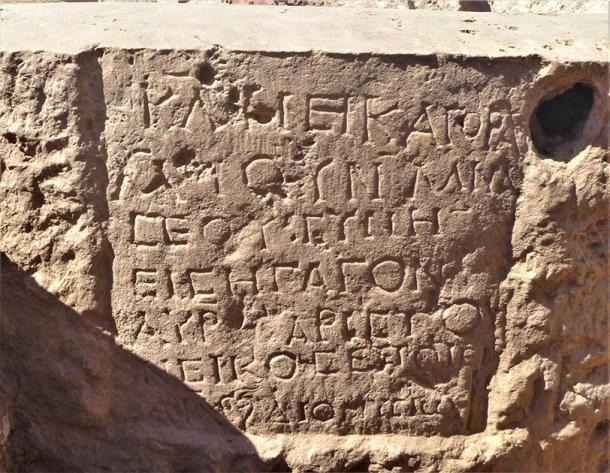 The inscription that helped interpret the site (Image: Ephorate of Antiquities of East Attica)

In the summer of 1974, the upper part of a 1.68 meter (5.51 ft) diameter limestone olive press basin was unearthed at the Balneum. Furthermore, in 2014, a unique inscription was found on the press that was dated to 212 AD and bearing Roman names. Dr. Vangelis Nikolopoulos is head of the Department of Prehistoric and Classical Antiquities and Museums of the Ephorate of Antiquities of East Attica, and the excavation ’s co-director. He told AMNA the inscription reveals the complex wasn’t private, but it was a public Roman bathing complex.

At the site one building measures approximately 46×21meters (150.9 x 68.9 ft) and extends across the entire northeastern aspect of the ancient site. Dr. Nikolopoulos says this was traditionally thought to have been the foundations of an “early Christian basilica,” which were large public buildings with various social functions that were commonly built alongside a Roman town’s Forum. However, according to an article in Archaeology News Network the professor says “the first evidence shows that this is probably not the case”. 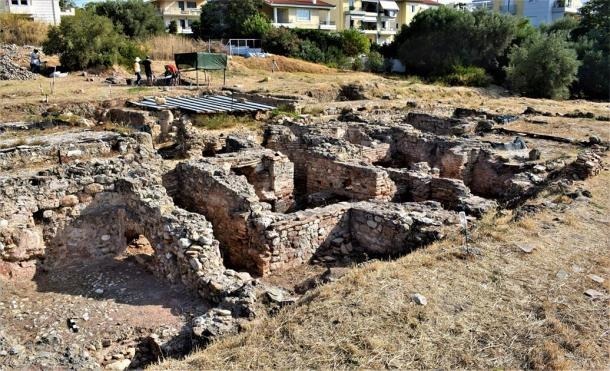 The central section of the Balneum (Image: Ephorate of Antiquities of East Attica)

The discovery of olive and wine presses and two kilns at the complex led Professor Nikolopoulos to the conclusion that it was “an agricultural-cottage industry establishment of late antiquity.” The professor said the site was functional up to around the 6th century AD when the Western Roman Empire collapsed. At this time Roman society fragmented and social norms like public bathing ground to a halt as the liberated Germanic kingdoms across Europe fractured, and violently competed for Roman lands. Gallic warriors , it would seem, didn’t have the same requirement for bathing complexes as did the Roman legionnaire! 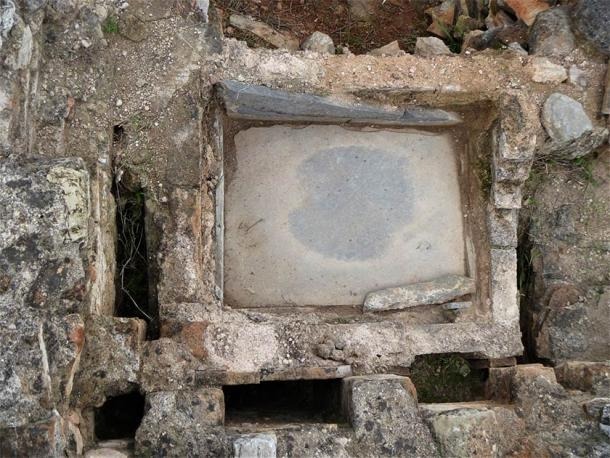 The Roman bath, Aquae Sulis, and their extended social aspects, were luxuries at the height of the empire’s rule and they were one of the temptations on offer to Germanic tribal leaders who aligned with the Romano-civilization. Roman baths were often dedicated to water deities, for example, the remains of the temple and baths at “Bath” in England were dedicated to “ Sulis Minerva,” the Roman goddess of wisdom, divine patroness of arts, trade, and strategies of warfare.

Bathing Was An Elite Roman Affair

According to an article on Archaeology News Network , the baths at Rafina represent some of “the most evocative Roman ruins in the country.” Notwithstanding, the collapse of these Roman baths in the 6th century is actually the story of the end of a cultic center that thrived across the Roman state.

While most Roman bath complexes began as public facilities, in the decades preceding the collapse of Roman power they became the reserve of elite-Roman classes. Ultimately, bathing complexes stopped being used in the late 5th and early 6th-century as Roman settlements in Europe came under increasingly frequent attacks from indigenous communities engaged in the battle for political, economic and religious supremacy in the aftermath of the Roman Empire.

The ‘public’ bathing complex, and socio-agricultural hive at Rafina, is changing the way archaeologists interpret day to day life at the heart of the Roman Empire. The next stage for the researchers is to better understand how the building complex actually functioned when it was operating at ‘full-steam’ around 1,600-years-ago.