UNESCO and Première Urgence Internationale (PUI) have recently established a partnership to safeguard and protect the recently discovered mosaics of Al-Bureij in Gaza. 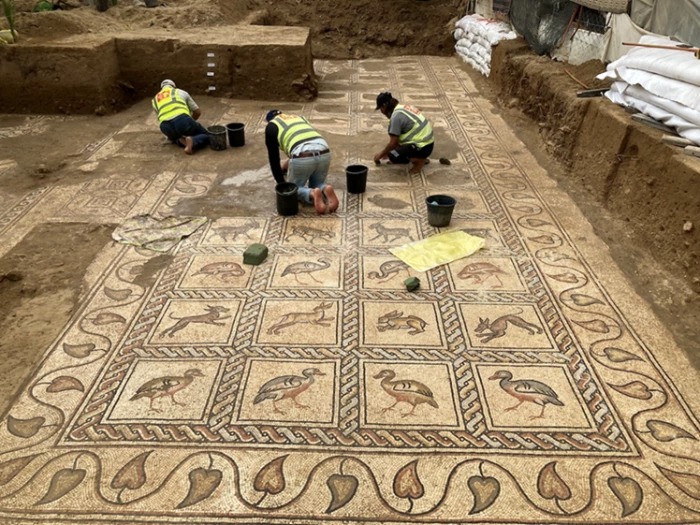 Earlier this year, a farmer discovered a mosaics pavement on his property while planting trees in Al-Bureij in the Gaza Strip. Further exploration revealed additional mosaics pavements nearby. The relevant authorities were informed, and a team of technicians supervised by Première Urgence Internationale (PUI) was deployed to the site to undertake excavations in order to understand the extent and nature of the findings and to draw up adequate protection and conservation measures. 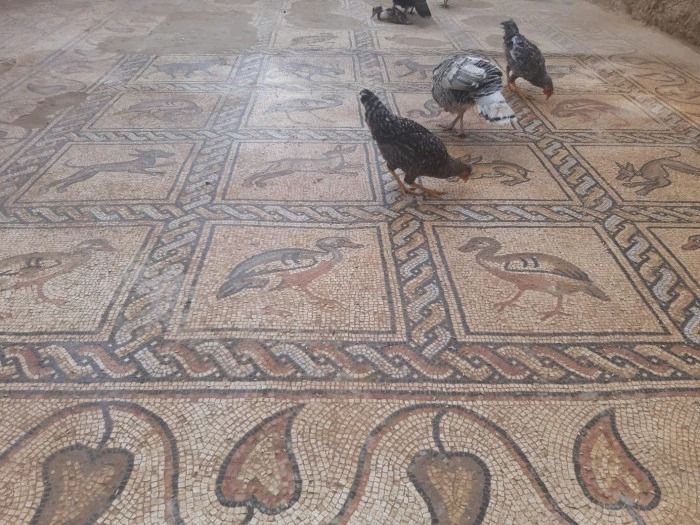 The site is estimated to cover an area of over 500 m2 with a depth of one meter. Following the announcement of this significant discovery, the Ministry of Tourism and Antiquities (MoTA) approached UNESCO seeking technical and financial support in order to devise a plan for the development of the site, including further excavations and assessments, to ultimately lead to its restoration and conservation. In the meantime, heavy rainfall during storms in Gaza impacted the site, making the need for a rapid response even more critical.

In coordination with MoTA, UNESCO and Première Urgence Internationale swiftly united in order to meet the needs of the site and provide urgent protection for the mosaics by covering the excavated pits with proper materials. Upon signing the agreement, Ms. Noha Bawazir, Head of Office and UNESCO Representative said: “In November 2022, rainwater flooded the pits which triggered an urgent need to implement emergency interventions to clean the site and protect its elements.”

Première Urgence Internationale developed with UNESCO an emergency safeguarding programme in order to clean the mosaic following the storm in November, cover the excavated pits with geotextile and protect the site with sandbags, and prepare proper water drainage.

Through this partnership agreement, UNESCO is reiterating its commitment to provide the tools, skills, and technical advice to safeguard and protect culture and cultural heritage in Palestine. UNESCO Ramallah remains ready to provide its technical expertise in this field and support any future activities for cultural heritage preservation. 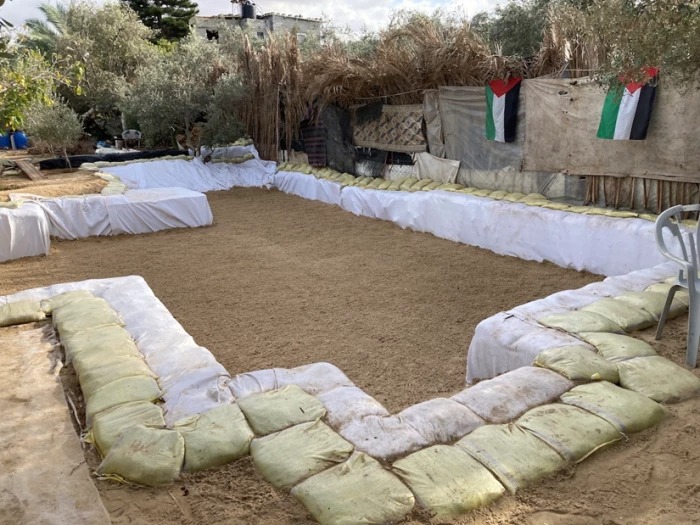 Première Urgence Internationale believes that cultural heritage can act as a powerful tool for social and economic development by creating new protective spaces and promoting cohesion among population. Technicians and Young graduates involved in our heritage preservation programs reported gaining more knowledge and awareness on Palestinian cultural heritage, improved wellbeing, feeling safer and more empowered in their social interactions within the sites and beyond. “We believe that re-framing the relationship of Palestinians with their cultural heritage and archaeological sites, through empowering youth and enhancing their capacities, will allow Palestinian youth to move forward from the legacy of this heritage to brighter future.”