Egyptian Hieroglyphs: The Language of the Gods

Egyptian hieroglyphs are among the oldest writing systems in the world, dating back some 5,200 years. Known in ancient Egyptian as the “language of the gods” and said to have been created by the god of knowledge Thoth, hieroglyphs were vital in the fulfilment of royal duties and were used by powerful pharaohs and their scribes to record the achievements of their reign. Today, millions of hieroglyphs in sacred texts, sarcophagi, tombs, and monuments remain as memories of a highly civilized, bygone era.

The ancient Egyptian writing system is a pictorial script with a huge number of characters: 24 of which stand for what would be recognized as letters, others stand for complete words or combinations of consonants. There are between 700 and 800 basic symbols called glyphs and there is no punctuation or indication of where words or sentences begin or end. 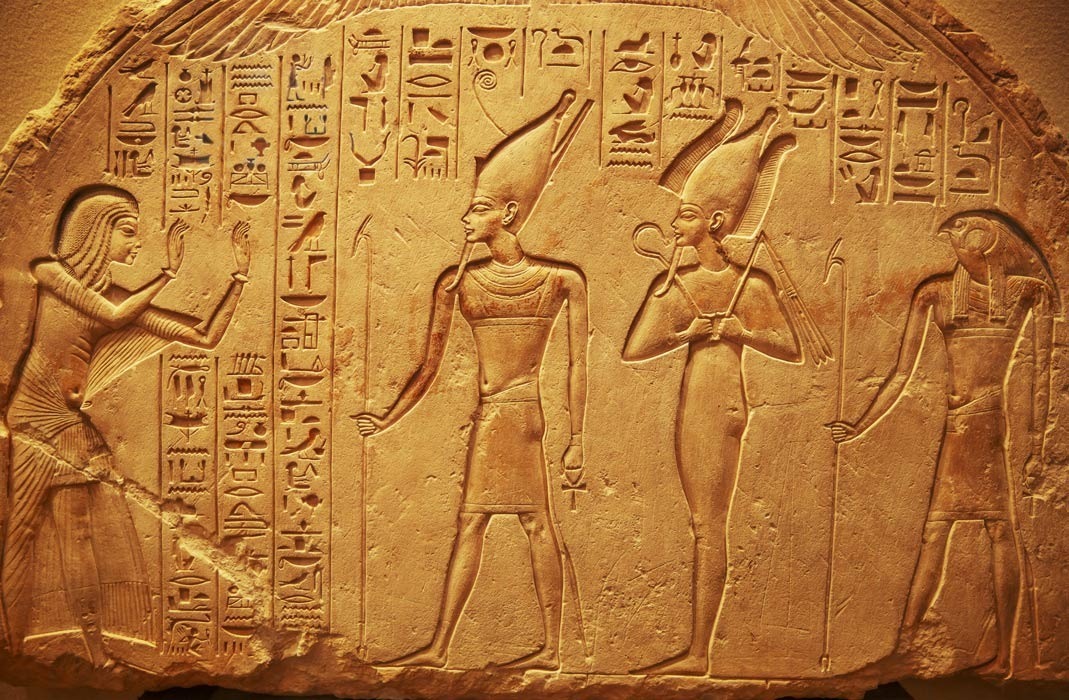 The glyphs are usually read from right to left, top to bottom and do not use spaces or punctuation. On the walls of temples and tombs in Egypt , they generally appear in columns. 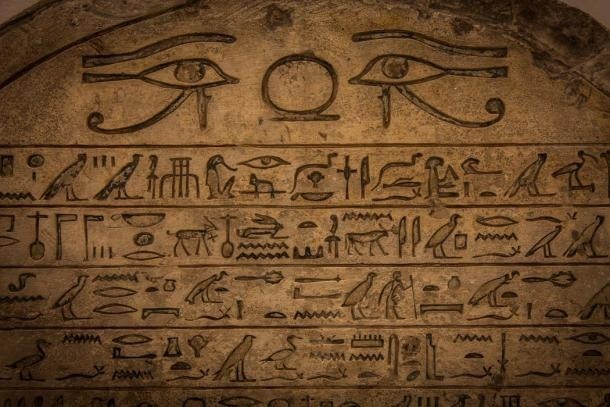 Priests used hieroglyphs to write down prayers and texts related to life after death and worship of the gods. When preparing their tombs, many citizens in Egypt had hieroglyphic guides of the afterworld written on the surfaces of tomb walls and on the insides of coffins. A cartouche was a type of name tag on a sarcophagi, often reserved for royalty and was shaped in an oblong fashion and can be also found on Egyptian monuments and papyri documents.

Hieroglyphic inscriptions on temple walls and other monuments were used for decorative and sacred purposes. Parts of the Book of the Dead , a compilation of spells the ancient Egyptians believed would assist them in the afterlife, were inscribed on sarcophagi. 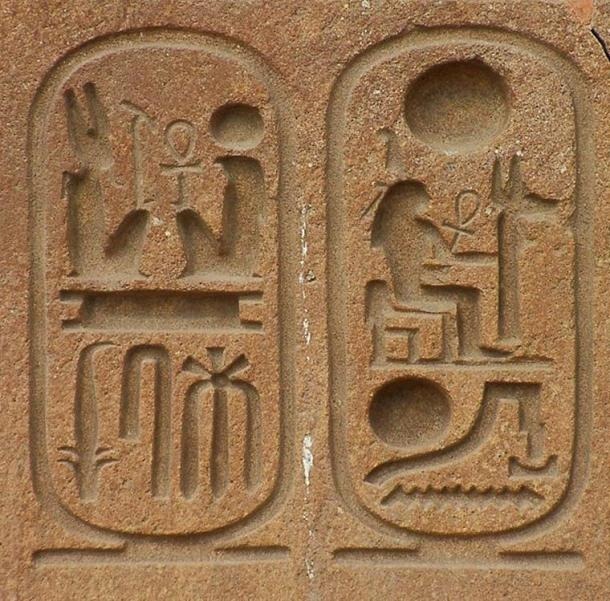 Inscriptions found on temple walls, graves, and monuments were destined for ‘eternity.’ Hieroglyphs retained their importance as a means of communication with the Gods and the Egyptians believed their language was a gift from Thoth, their moon God of wisdom, and goddess Seshat.

Egyptian Hieroglyphs Drawn From the World Around Them

Compared to another ancient writing system, namely cuneiform, hieroglyphics are without an identifiable precursor and much more obscure. They also differ from the Sumerian cuneiform form of writing in that they represent consonants only while cuneiform script represents whole syllables, including vowels.

The Ancient Egyptians rejected the use of abstraction in their language and hieroglyphs drew from many elements in the physical world around them. The most complete and obvious glyphs are those devoted to people and parts of the human body however, animals and birds are another, just as equally important category. There are also glyph sections for tools and weapons, jewels etc. 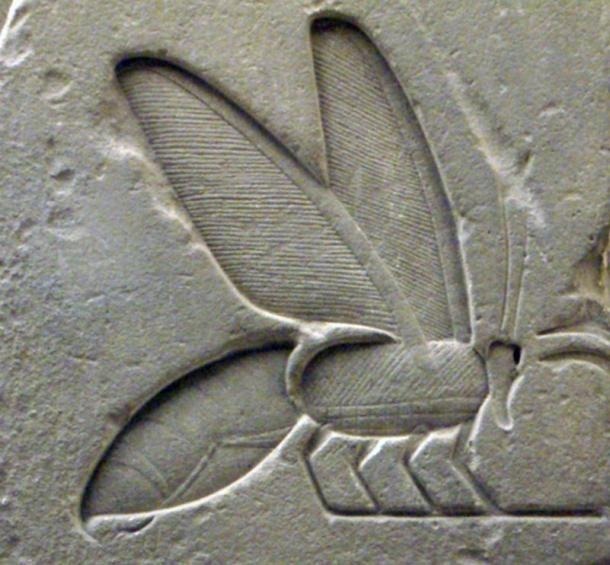 Detail of a bee hieroglyph from the tomb complex of Senusret I. ( Keith Schengili-Roberts/ CC BY SA 3.0 )

The Importance of the Ancient Egyptian Scribe

Not everyone in ancient Egypt could read and write hieroglyphics thus making their meaning incomprehensible to the common citizen. Only one group had this knowledge and they were called scribes. In order to become a scribe, one had to receive an education at a special school which could take several years to complete and it was usually young boys who entered in at the age of six or seven.

Scribes were indispensable to the Pharaohs. These scribes may also have something to do with how long the ancient Egyptian language was able to survive since hieroglyphs were seen as a gift from the gods – to alter or abandon them was as an act of sacrilege. 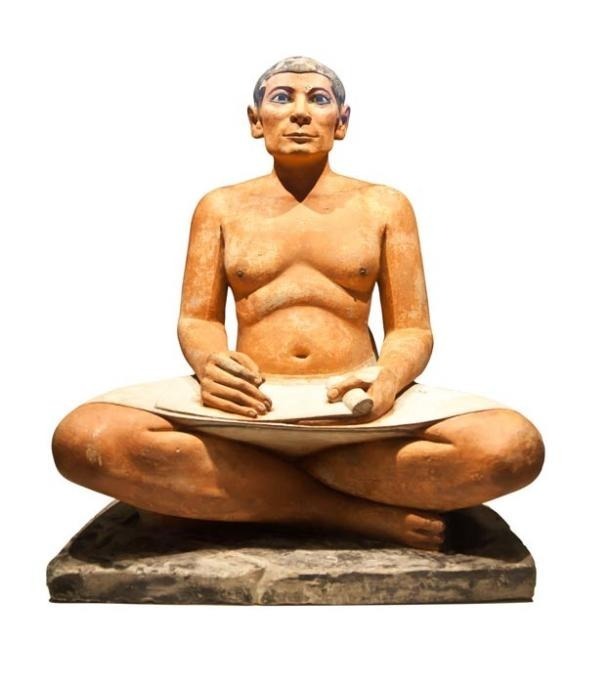 The Rise of Hieratic, Demotic, and Coptic Scripts

Around 2700 BC, hieratic (meaning ‘priestly’ by the Greeks) script was introduced, which was a form of writing more akin to alphabet letters. Hieratic script eventually became widely used as a faster, more functional form of writing and it was used for monumental inscriptions. It remained the Egyptian script for about two millennia, or until Demotic script was introduced in the 7th century BC.

Demotic script was developed from hieratic and was an even simpler, more readable script favored throughout Egypt. It was used for administrative purposes and literary texts, scientific treatises, legal documents and business contracts. It marked a new development in language namely because it was a kind of dialect with its own grammar. During the Greco-Roman period demotic became the script of everyday life, while the older hieratic was reserved for sacred writings.

It is impossible to know exactly how the ancient Egyptian language sounded but by studying Coptic, the first alphabetic script of the Egyptian language, it is possible to gain an approximate idea. Coptic is written in the Greek alphabet and six signs are from demotic script. It was the language of the Christian period in Egypt from 395 – 641 AD.

The Coptic script eventually replaced Demotic as the commonly used script in Egypt. It was comprised of a series of dialects of which at least six had the status of written language and went out of fashion around the 14th century when the Arabs conquered Egypt and Arabic became the predominant language. The Coptic script and the language it represents were restricted to liturgical purposes in the Coptic Orthodox Church .

After the Roman Empire began its rule of the Egyptian nation, hieroglyphics began to fade from popular use. By the fourth century AD, Egypt had been converted to Christianity and summarily adopted the Greek alphabet and Coptic script, whereby the country’s traditional forms of writing fell into disuse. The last dated inscription in hieroglyphs was made on the gate post of a temple at Philae in 396 AD.

Ancient Egyptian hieroglyphs were undecipherable for 1400 years – until the French scholar Jean-Francois Champollion, the father of Egyptology , decoded the Rosetta Stone in 1822. The Rosetta Stone itself is a tri-scripted document inscribed with a decree of 196 BC by the priests of Memphis.

The stone has a text written by a group of priests in Egypt to honor the Egyptian pharaoh. It is represented in three languages, including Egyptian hieroglyphics which was the script used for religious documents, Greek, which was the language of the rulers of Egypt at that time, and demotic. It took 20 years for the Rosetta Stone to be deciphered after being discovered during Napoleon’s Egyptian invasion in 1799. 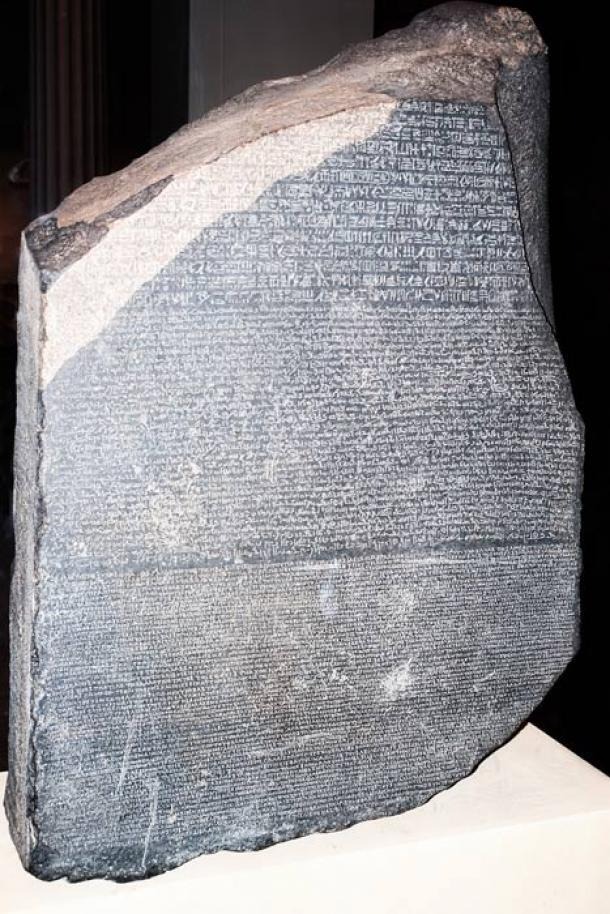 Today, Egyptian hieroglyphs survive in two forms: through the half dozen Demotic glyphs added to the Greek alphabet when writing Coptic, and indirectly as the inspiration for the original alphabet that was ancestral to nearly every other alphabet ever used – including the Roman alphabet . A weakened form of the Egyptian language is still spoke in the Coptic Church today.