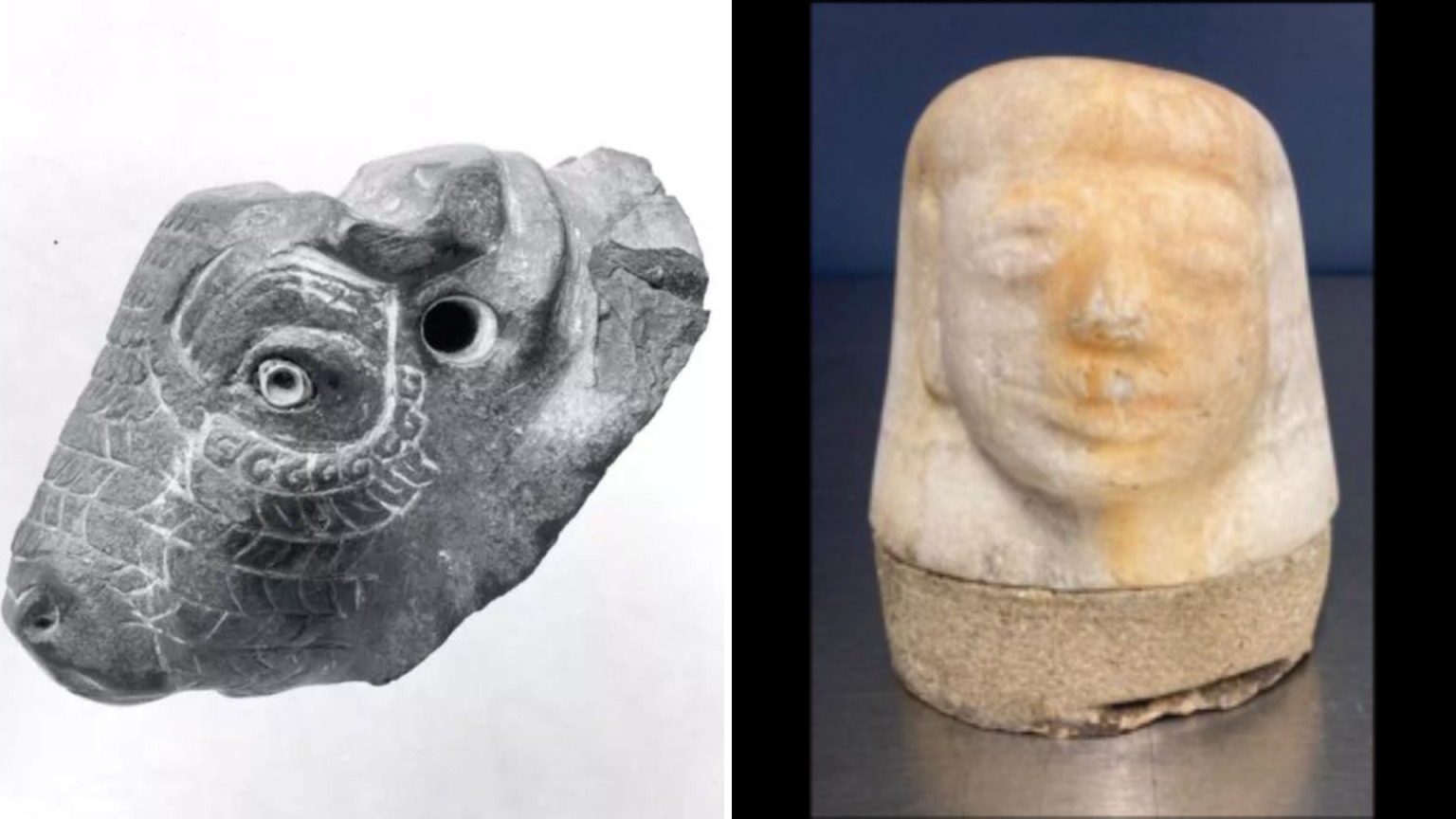 A mysterious ancient writing system called Linear Elamite, used between about 2300 B.C. and 1800 B.C. in what is now southern Iran, might have finally been deciphered, although some experts are skeptical about the findings. What’s more, it’s unclear whether all the artifacts used to decipher the writings were legally acquired.

Only about 40 known examples of Linear Elamite survive today, making the script challenging to decode, but researchers say they’ve largely accomplished just that, they wrote in a paper published in July in the journal Zeitschrift für Assyriologie und Vorderasiatische Archäologie(opens in new tab) (German for the “Journal of Assyriology and Near Eastern Archaeology”). Key to their decipherment was the analysis of eight inscriptions on silver beakers.

Other research teams had previously decoded different Linear Elamite inscriptions, and the new study’s authors built on this previous work by comparing the writing system in the eight Linear Elamite inscriptions with cuneiform (an already-deciphered script used in what is now the Middle East) texts that date to around the same time period and likely contain the names of the same rulers and their titles and use some of the same phrases to describes the rulers.

The team translated one short text in the article which says (in translation): “Puzur-Sušinak, king of Awan, Insušinak [a deity] loves him.” The text adds that whoever rebels from Puzur-Sušinak should “be destroyed.” The team wrote that more translations of complete texts will be published in the future.

The corresponding author for the team, François Desset, an archaeologist at the University of Tehran and the French National Center for Scientific Research (CNRS), declined to comment about the team’s work.

Live Science also contacted several other sources who were not affiliated with the research to get their opinion on the paper. Most either declined comment or did not respond in time for publication. However, Jacob Dahl, an Assyriology professor at the University of Oxford, said he’s not sure if the team has made a successful decipherment.

Dahl works on another script called “proto-Elamite,” and disagreed with a statement the team made in the article that proto-Elamite and Linear Elamite have a close relationship. Additionally, he is concerned that the team used inscriptions found at the Bronze Age archaeological site of Konar Sandal (near Jiroft, a city in Iran) in their analysis; these inscriptions have suspicious features, which may indicate forgery, Dahl said. While the artifacts from Konar Sandal are not one of the eight new inscriptions that were central to the decipherment, the fact that they were used at all raises questions about the decipherment, Dahl noted.

The inscription owned by Schøyen and hundreds of other artifacts in Schøyen’s collection were impounded by the Norwegian police on Aug. 24, 2021. A report(opens in new tab) published by the Museum of Cultural History in Oslo in March said Schøyen “failed to provide documentation of legal removal from Iran and the evidence on balance otherwise indicates modern looting, smuggling and illicit trading,” and recommended that authorities in Iran be consulted about what to do with the Linear Elamite artifact.

In July, the Schøyen collection released a statement(opens in new tab) criticizing the report, claiming that at least one study author had a strong bias against Schøyen and calling the idea that the artifact with the Linear Elamite inscription was recently smuggled “completely unfounded.” The collection believes that the Linear Elamite inscription is from the ancient city of Susa in Iran.

Cato Schiøtz, an attorney at Oslo-based law firm Glittertind representing Schøyen, said in a statement to Live Science that “during more than 40 years that I have practiced as a lawyer, I have read an enormous number of reports. I never have seen a [report] as embarrassingly weak as this.” A spokesperson for the collection told Live Science that the Linear Elamite artifact is currently impounded but “was wrongly seized and is expected to be returned.”

Meanwhile, the origin of the artifacts from the Mahboubian collection is not precisely clear, the team wrote in the new paper. In a 2018 paper published in Iran: Journal of the British Institute of Persian Studies(opens in new tab), Desset said in the paper Mahboubian told him that the artifacts were unearthed in excavations conducted by his father, Benjamin Abol Ghassem Mahboubian, in 1922 and 1924 at the cities of Kam-Firouz and Beyza in Iran. Mahboubian provided coordinates that were published in the paper.

Live Science examined the coordinates on Google Earth and found that, today, the city of Kam-Firouz partly covers one site, while the city of Beyza completely covers the other. In the 2018 paper, Desset wrote that Mahboubian told him that the artifacts were exported to Europe before 1970.

A metallurgical and chemical analysis performed on the artifacts from Mahboubian’s collection did not find evidence of forgery, a separate 2018 Iran: Journal of the British Institute of Persian Studies(opens in new tab) study found. The artifacts’ patina (a film that forms on an artifact when it is exposed to certain environments or substances for long periods of time) indicates that the objects were buried in soil, something which suggests they are authentic. Additionally, the manufacturing process of the artifacts and ratio of silver to other metals all indicate authenticity. The findings point “to ancient artefacts and not to ingenious modern forgeries,” the technical team wrote in the article.

Members of the technical team either declined comment or did not respond at the time of publication.

A representative for the Mahboubian collection did not return requests for comment by the time of publication.