This mosaic of a bird was spared an iconoclasm that caused other mosaics to be defaced in the 6th century. (Image credit: Assaf Peretz, courtesy of the Israel Antiquities Authority. )
Archaeologists have discovered a 1,500-year-old church in Israel dedicated to an unknown martyr that had animal mosaics that had been erased. The sizable church has Greek inscriptions that say that it was dedicated to a “glorious martyr” but doesn’t say who this martyr was. 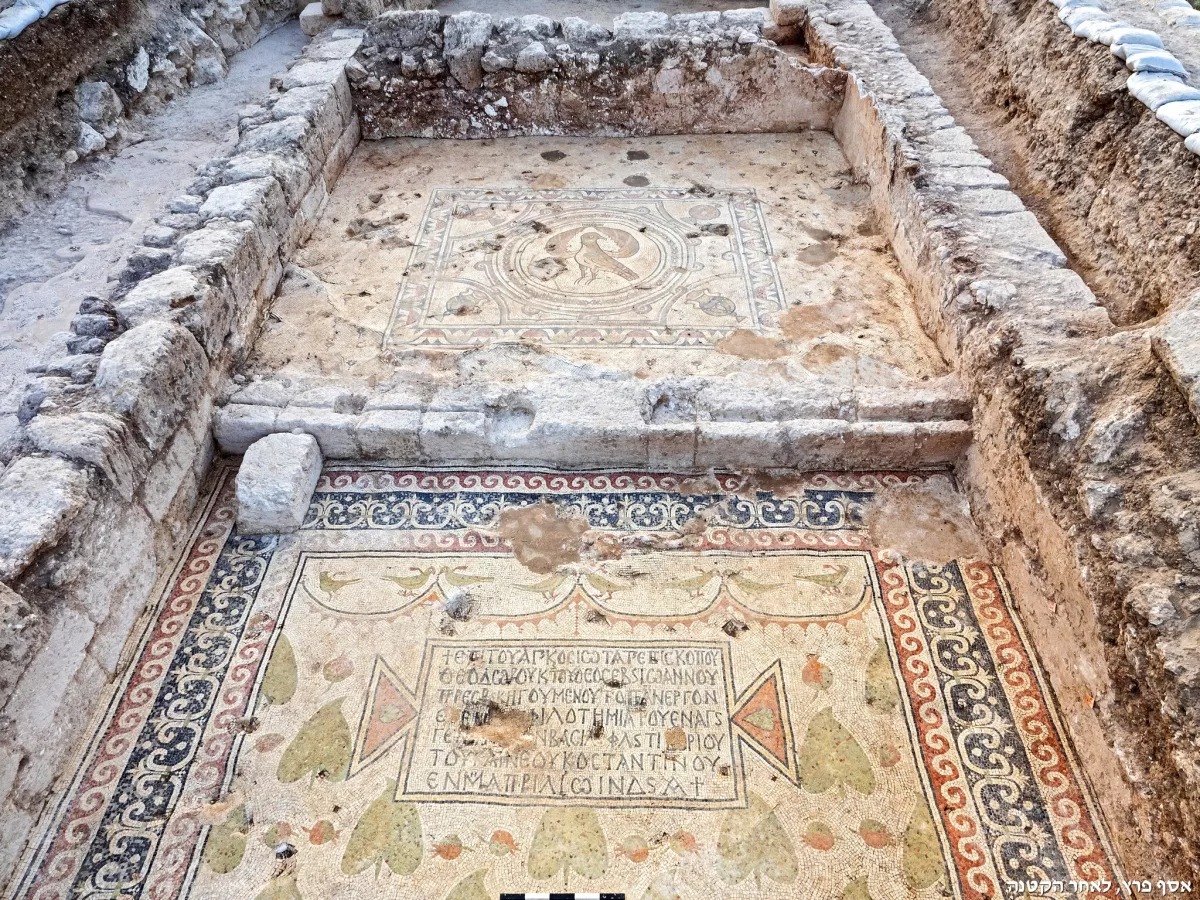 At the time the church was built, the Byzantine Empire controlled Israel, and an inscription in the church states that the church was expanded during the reign of Emperor Flavius Tiberius, who ruled from 578 to 582. Israel and neighboring areas were conquered by the Islamic Rashidun Caliphate between 634 and 638. But despite the growth of Islam in the area the church flourished, and it was not abandoned until the 10th century, archaeologists found.

The church was found during excavations carried out in 2017, before construction took place in the area. It is located about 15 miles (24 kilometers) southwest of Jerusalem in the Judean Hills, Benyamin Storchan, an archaeologist with the Israel Antiquities Authority who led excavations at the church, wrote in an article published in the Fall edition of the magazine Biblical Archaeology Review. Storchan named the building the “Church of the Glorious Martyr.”

“In its earliest phase [in the fifth century] the Church of the Glorious Martyr consisted of a simple, modest chapel inside a cave chamber,” Storchan wrote in the article, noting that in the sixth century it was expanded into a sizable above-ground church decorated with mosaics. People then converted the cave chamber into a tomb that may have held the remains of the unknown martyr. 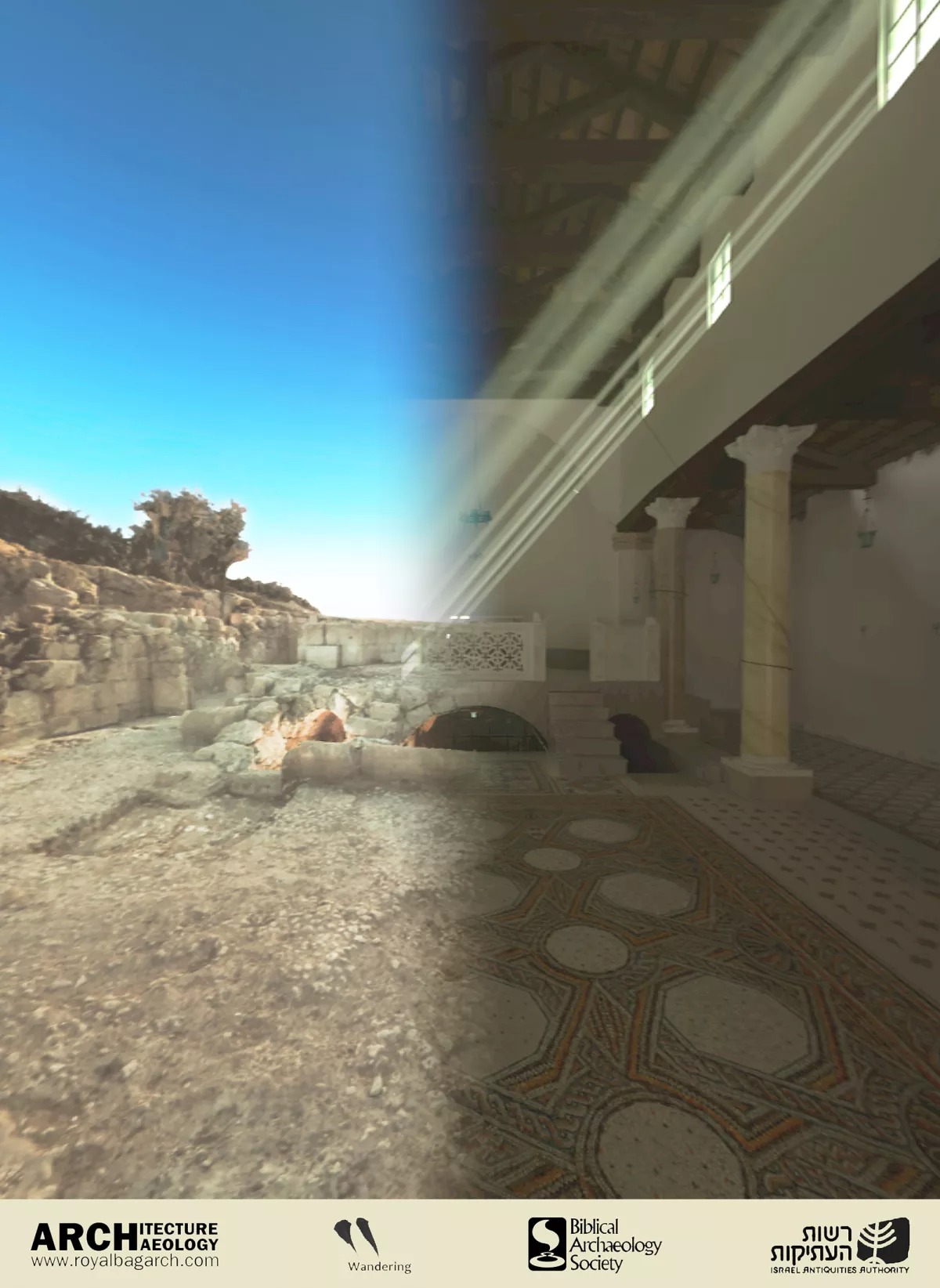 The church bears the scars of an ancient iconoclasm — an intentional destruction of specific artifacts and images. Archaeologists found that some of the mosaics were originally decorated with zoomorphic (animal-like) images, but these had been deliberately erased. The mosaics “had been defaced by iconoclasts in antiquity, replacing the zoomorphic forms with random tesserae [mosaic tiles or stones] to blur the original design,” Storchan wrote in the article.

“I believe that the iconoclasm at the Church of the Glorious Martyr was done during the 6th century,” Storchan told Live Science in an email, noting that the act was likely carried out because of “Christian internal reforms,” or changes in rules. However, while iconoclasts destroyed the zoomorphic images they left other images of animals alone. “We can see this, as the chapel floor which [depicted] many birds was not defaced and dated to the late 6th century,” Storchan said.

While archaeologists don’t know the martyr’s identity, one possibility is that it was dedicated to a man called Zechariah, a name used several times in the Bible. Ancient records indicate that the tomb of a Christian martyr by that name was found nearby in the fifth century, and texts claim that a shrine dedicated to Zechariah is located in the vicinity of the excavation site, meaning this church could possibly be that shrine. However, even if the church was dedicated to Zechariah the surviving texts don’t clarify which Zechariah it was. 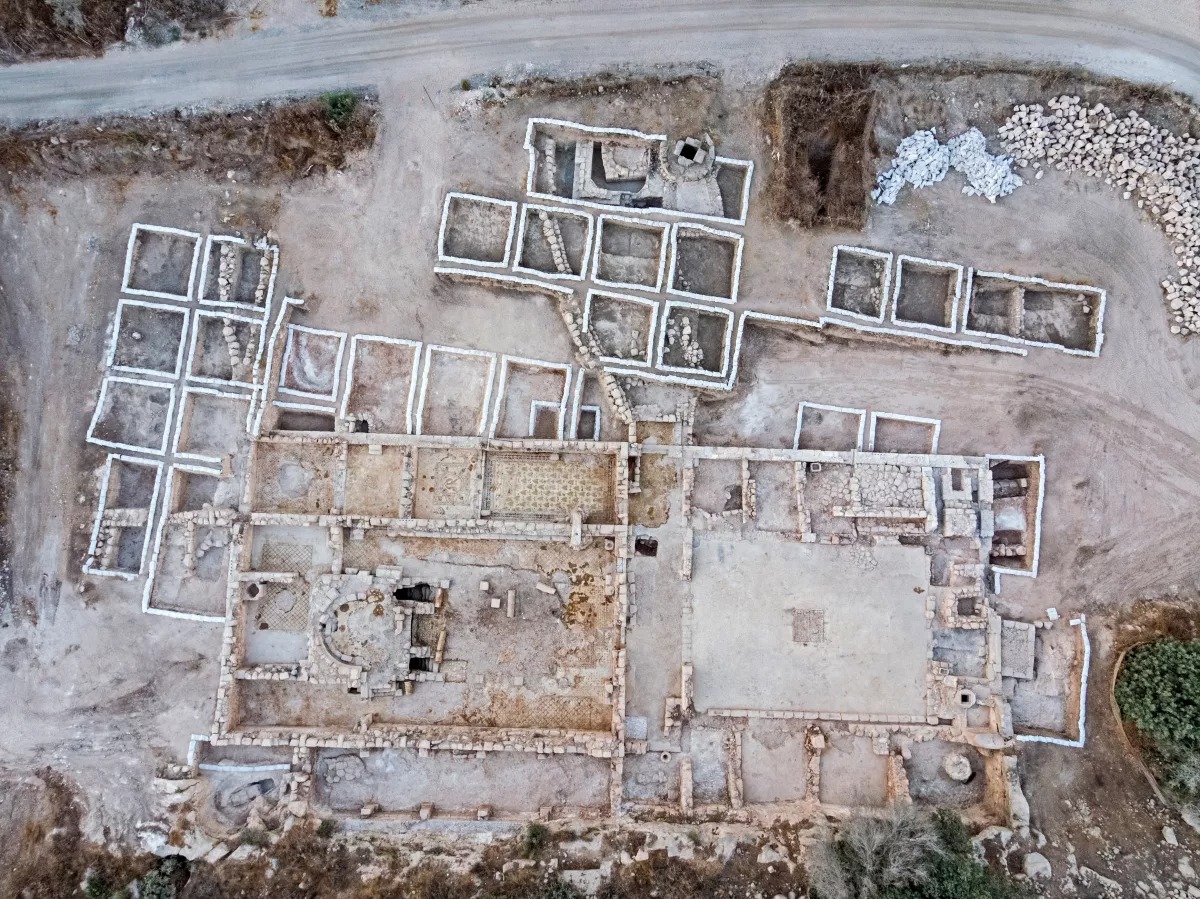 This large 1,500 year-old church was found during rescue excavations in Israel in 2017. The church was dedicated to a martyr whose name is unknown. (Image credit: Photograph: Assaf Peretz, courtesy of the Israel Antiquities Authority. )

Zechariah was a common name in the Bible, Storchan wrote in the article, noting that Zechariah could also be the name of an unknown religious figure not described in the Bible.

Ultimately, archaeologists aren’t even sure that the church was dedicated to a martyr named Zechariah.

“We do remain hopeful, however, that with the ongoing study of the thousands of artifacts uncovered during the excavations, new and important clues will reveal the true identity of the mysterious Glorious Martyr,” Storchan wrote in the article.