A largely intact and ‘beautiful’ medieval tiled floor has been uncovered by archaeologists investigating the Gloucester City Centre site of a new ‘social and digital’ development called The Forum.

Archaeologists believe the floor, made of glazed white and green tiles, belonged to the cloister of Gloucester’s medieval Whitefriars Carmelite Friary.

The floor was unearthed by Cotswold Archaeology, which is working with Gloucester City Council to excavate the site of the £107million Forum development.

Found two metres below ground level, the newly discovered floor adds to the list of Friary remains that the archaeological team has unearthed following the demolition of the former multi-storey carpark on Bruton Way, Gloucester, two years ago.

Since that time, further wall foundations, loose floor tiles, and a stone coffin containing two human burials have been discovered, providing valuable detail about the structure of the Friary, which was active in Gloucester from 1268 until 1538.

Whitefriars’ exact location in Gloucester had been the subject of speculation for decades until these archaeological investigations began.

Anthony Beechey, Archaeologist at Cotswold Archaeology, said: “Excavating this site is endlessly fascinating. This beautiful tiled floor is in remarkably good condition. Most of our Whitefriar findings are fragments of the original structure while this floor is largely intact making the discovery extra special.”

Andrew Armstrong, City Archaeologist at Gloucester City Council, said: “It is thrilling to see yet more evidence of Whitefriars emerge and this is the best-preserved finding to date. The friary played an active role in the city for 300 years and yet, until these excavations started, very little was known about it.”

The current round of archaeological investigations is taking place ahead of work to move a culvert – an underground pipe – carrying the River Twyver slightly further north from its existing position so that the new buildings of The Forum do not sit above the waterway.

In September 2021, an 1,800-year-old figurine was uncovered by Cotswold Archaeology close to the area of the site currently being excavated. Standing 17cm-high, archaeologists believe the pipeclay figurine is a representation of Venus, the Roman goddess of love. Other Roman artefacts have also been revealed at the site.

The Forum development will see the creation of whole new social and digital quarter for Gloucester – the largest regeneration project the city has seen for a generation.

Councillor Richard Cook, Leader of Gloucester City Council, said: “These findings shine a light on Gloucester’s historic heritage. The Forum site is a treasure trove of archaeological finds; an insight into how Gloucester has changed over time even as we prepare for the city’s future in the shape of The Forum.”

Esther Croft, Development Director at contractors Reef Group, said: “Working in partnership with the City Council, we remain committed to delivering The Forum in a way that takes full advantage of a unique chance to reveal Gloucester’s long and complex history.” 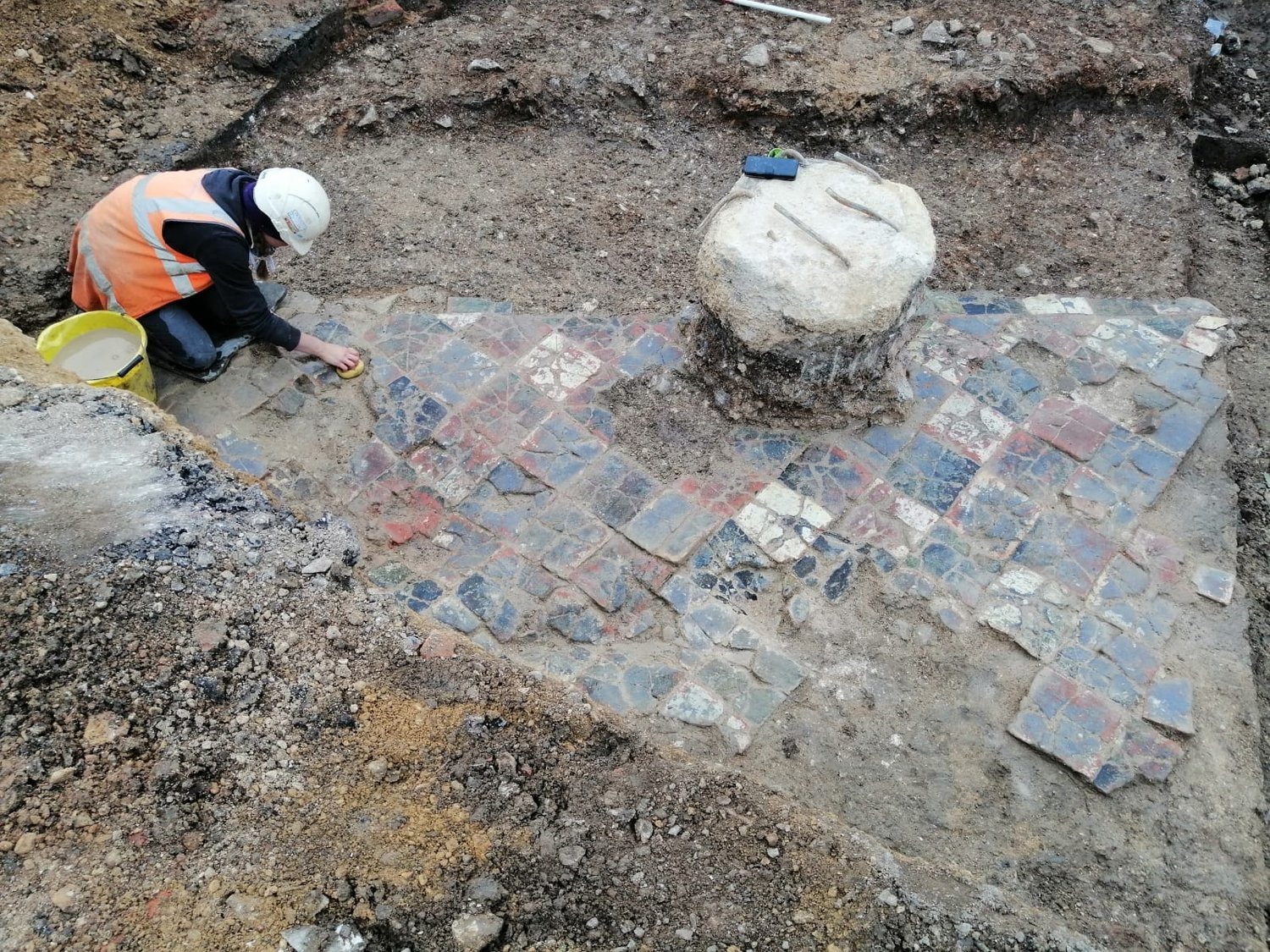