Excavations in the ancient city of Assos, which have been continuing uninterrupted for 42 years, have revealed a Roman-era fountain, says the head of archaeological digs 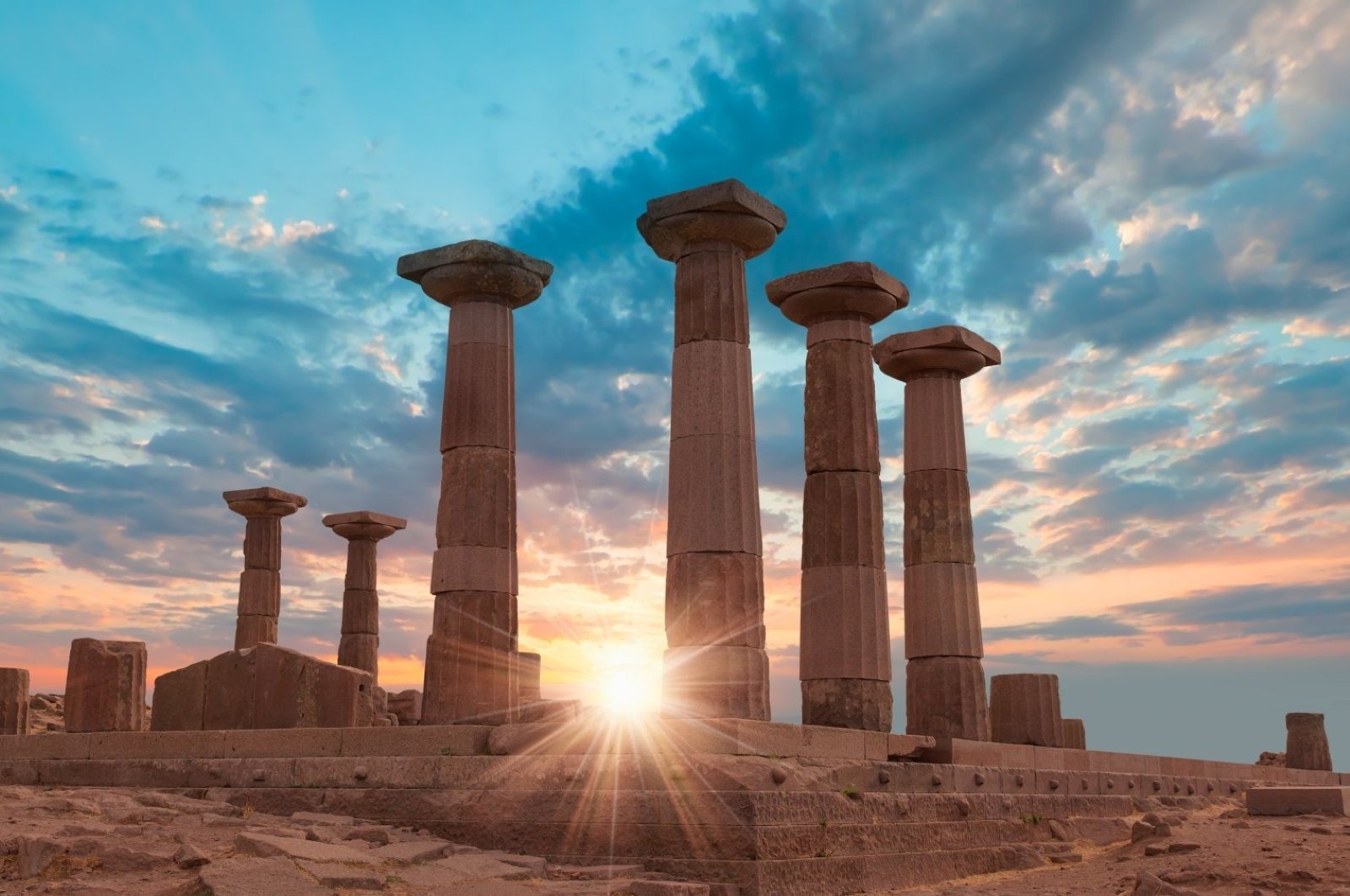 The remains of a 2,200-year-old Roman fountain have been unearthed in northwestern Türkiye, archaeologists at the ancient site of Assos said on Monday.

Located within the borders of the village of Behramkale in the Ayvacık district of Çanakkale province, the ancient city sheds light on the past with its richness above ground and the Roman and Byzantine artifacts being unearthed through excavations.

Professor Nurettin Arslan from the Faculty of Science and Letters at Çanakkale Onsekiz Mart University’s Archaeology Department, who is also the head of excavations in Assos, said the site is among the excavations carried out throughout the year in Türkiye and that work in the region has continued uninterruptedly for 42 years. 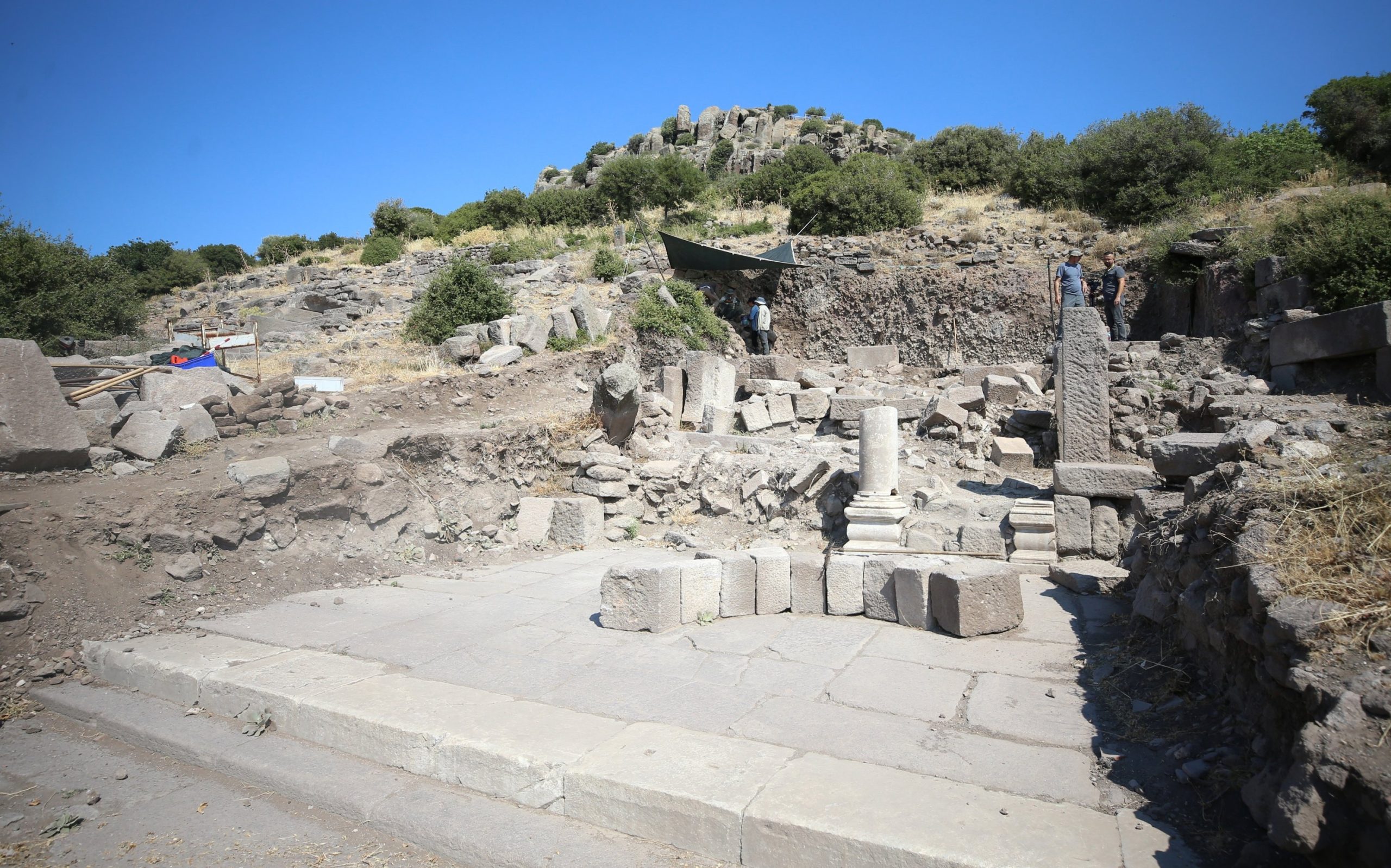 Archaeologists have found the remains of a 2,200-year-old Roman fountain in Assos, northwestern Türkiye, Aug. 15, 2022. (AA)
Noting that scientists and academics from some universities in Germany and a team of 30 people took part in the latest excavations, Arslan said, “Since the working conditions in the field were a bit intense in the winter, we continued to document the archaeological materials we previously found during that period. In addition, we prepared for the restoration of the city walls. With the arrival of summer, our active work on the land has started. We are excavating different areas in the ancient city.”

According to the excavation head, one of the areas where digs are taking place this year is home to a gymnasium dating back to the Hellenistic period. He stated that they are focusing on the cisterns built as an add-on during the Roman period in the well-protected gymnasium, which was the high school of the Hellenistic era.

Arslan said that Assos is located on a high hill, in an area devoid of natural water resources. For this reason, there are underground water tanks and cisterns made by carving or cutting rocks in both official buildings and homes in the ancient city. 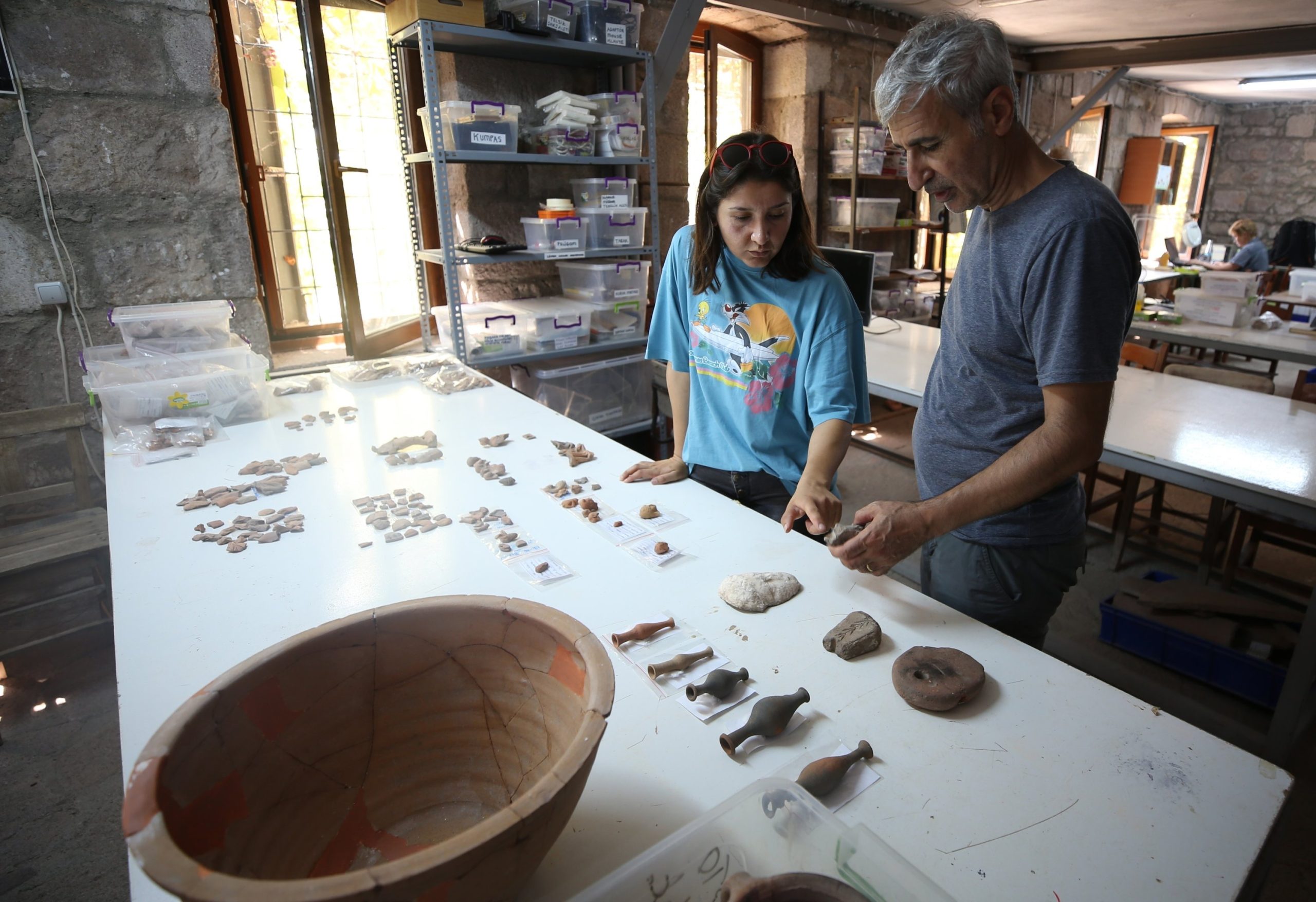 Archaeologists have found the remains of a 2,200-year-old Roman fountain in Assos, northwestern Türkiye, Aug. 15, 2022. (AA)
“It’s a very important structure in terms of urban architecture, and it had been seriously damaged during the Byzantine period,” he noted.

“Despite this, once the initial excavation is complete, we can re-erect the existing pieces and allow visitors to grasp the scene or appearance in front of the fountain a little better,” he added.

Assos, also known as Behramkale, was one of the most important port cities of its era and is a crucial cultural heritage site dating back to the period of Roman rule in the region. The city was built on an extinct volcanic hill among andesite rocks. Andesite stone was used during the construction of buildings.

The city includes an ancient theater, agora, necropolis and protective walls. The theater was discovered on the south slope of the ancient city across Midilli (Lesbos) and is thought to have been destroyed during an earthquake. From its construction technique and plan, it is understood that the theater dates back to the Roman era. With a capacity to hold 2,500 people, the theater was built inside a hallowed rock and was used as a stone quarry later.

The agora is a central public space in which people would meet and gather while stoas are closed areas that protect people from the sun and rain. Also, there is a gymnasium and bouleuterion (assembly building) around the agora. 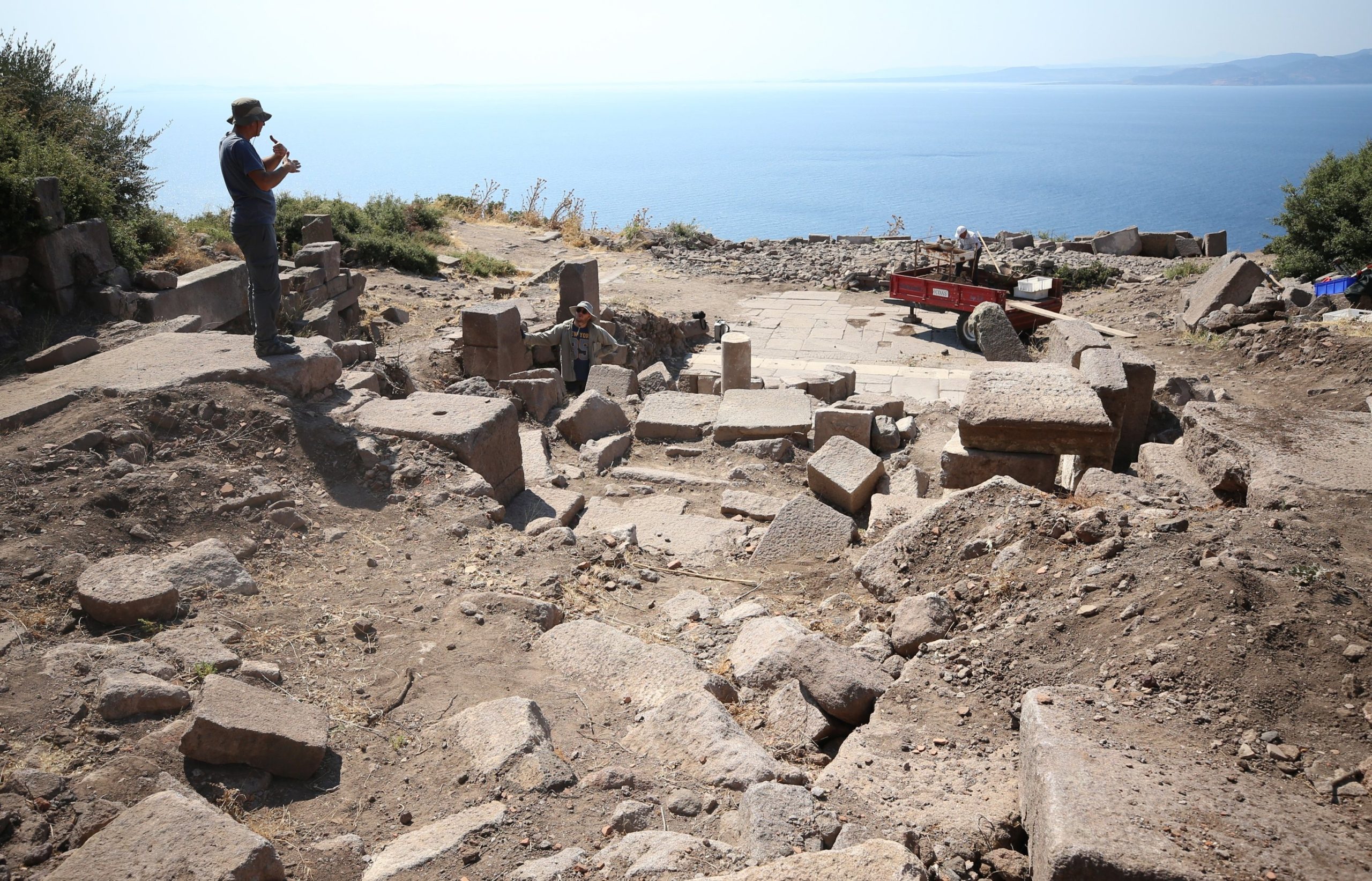 Archaeologists have found the remains of a 2,200-year-old Roman fountain in Assos, northwestern Türkiye, Aug. 15, 2022. (AA)
In the necropolis, or cemetery, the oldest remains were found in jars as ashes. There were some items found placed beside the bodies as presents. Then sarcophaguses were used as graves. The most interesting gift to the dead inside the sarcophaguses was a sculpture of a women’s orchestra.

Located 17 kilometers (about 11 miles) south of the present-day town of Ayvacık, Assos was added to UNESCO’s Tentative World Heritage List on April 15, 2017. According to UNESCO, Assos was also a major Greek city-state that maintained its regional importance until the Byzantine Empire.