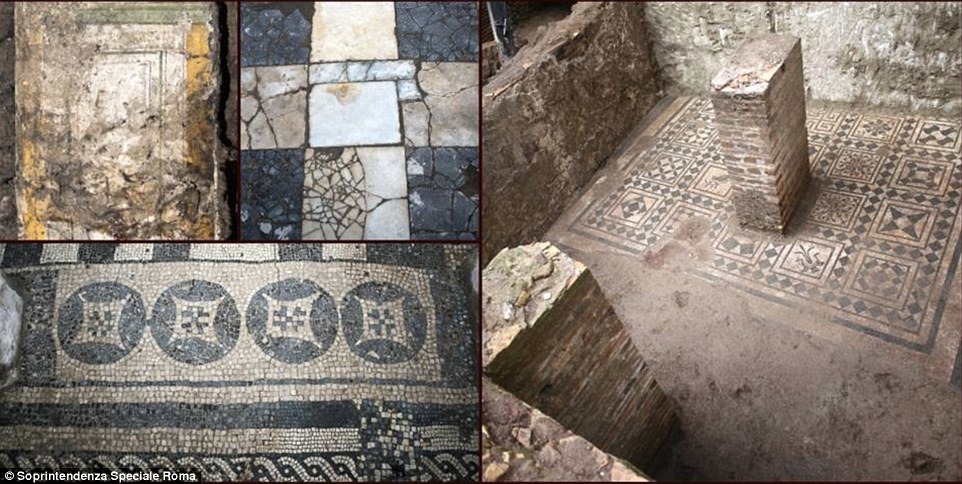 The Colosseum in Rome photographed in February 2018. Just steps from the building, ancient Roman housing for the military was discovered. 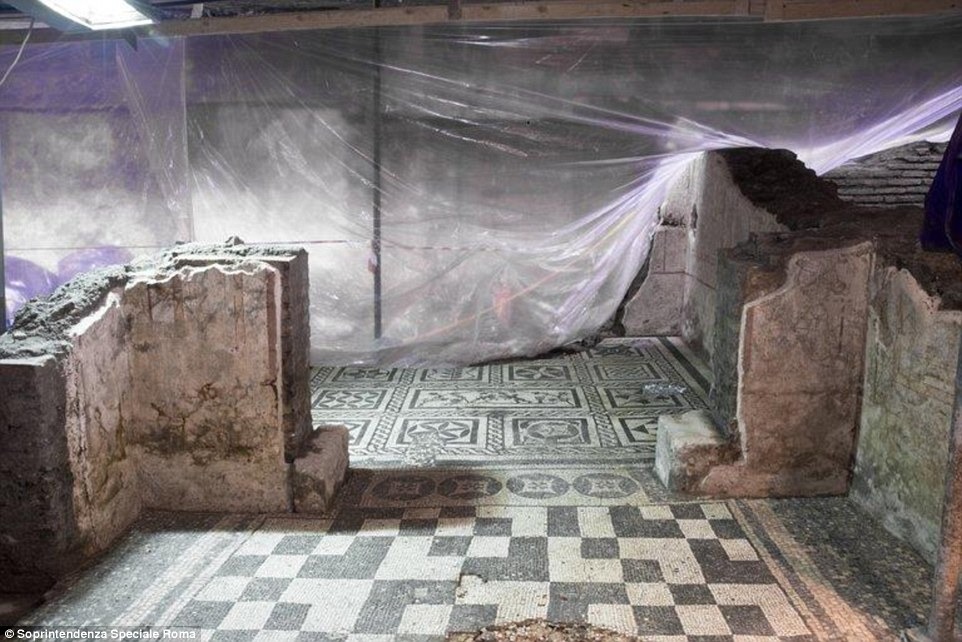 Just steps from the Colosseum in Rome, 38 feet below the tourist-filled streets, archaeologists found the remains of an ancient home that belonged to a military commander during the second century, The Telegraph reported.

Unearthed while building the new Amba Aradam metro station—one of the 24 along the city’s new C line, according to The New York Times—the barracks housed roughly a dozen rooms all surrounding a courtyard and fountain. Mosaic floors with images of cupid, Greek gods, olive trees and ornamental fountains were among the remains.

Along with the dormitory, a warehouse likely used to store goods and food was discovered. Archaeologists believe the buildings were used by ancient Rome’s version of the secret service.

“The whole area was occupied by barracks for the imperial army,” a spokesperson from Rome’s cultural heritage department told The Telegraph. “We know that at least one of these barracks were used by imperial spies. Their work was dedicated to countering internal threats and enemies of the emperor.”

The station is set to finish in 2022 and is just the latest to unveil ancient Roman wonders. In 2016, another set of barracks that housed Roman Guards from the second century were found during the construction of this stop. The quarters had 39 rooms decorated with black-and-white mosaic patterned floors, reported Phys.org. A gravesite containing 13 skeletons and a bronze bracelet and coin also were found.

“The route of the new metro line has turned out to be an astounding archaeological site,” Francesco Prosperetti, Rome’s superintendent of archaeology, told The Telegraph. “There’s been a series of discoveries of great significance, some of the most important found in Rome in recent years.”

Another station, named San Giovanni, will include some of the artifacts to create a mini-museum for visitors.