This pink granite pillar was once a part of the Zeus-Kasios temple at Pelusium on the Sinai Peninsula. (Image credit: Egyptian Ministry of Tourism and Antiquities)
Archaeologists in Egypt have uncovered the remains of an ancient temple built to honor Zeus-Kasios, a deity sporting the features of both Zeus and the weather-god Kasios, the Egyptian Ministry of Tourism and Antiquities announced on Monday (April 25). 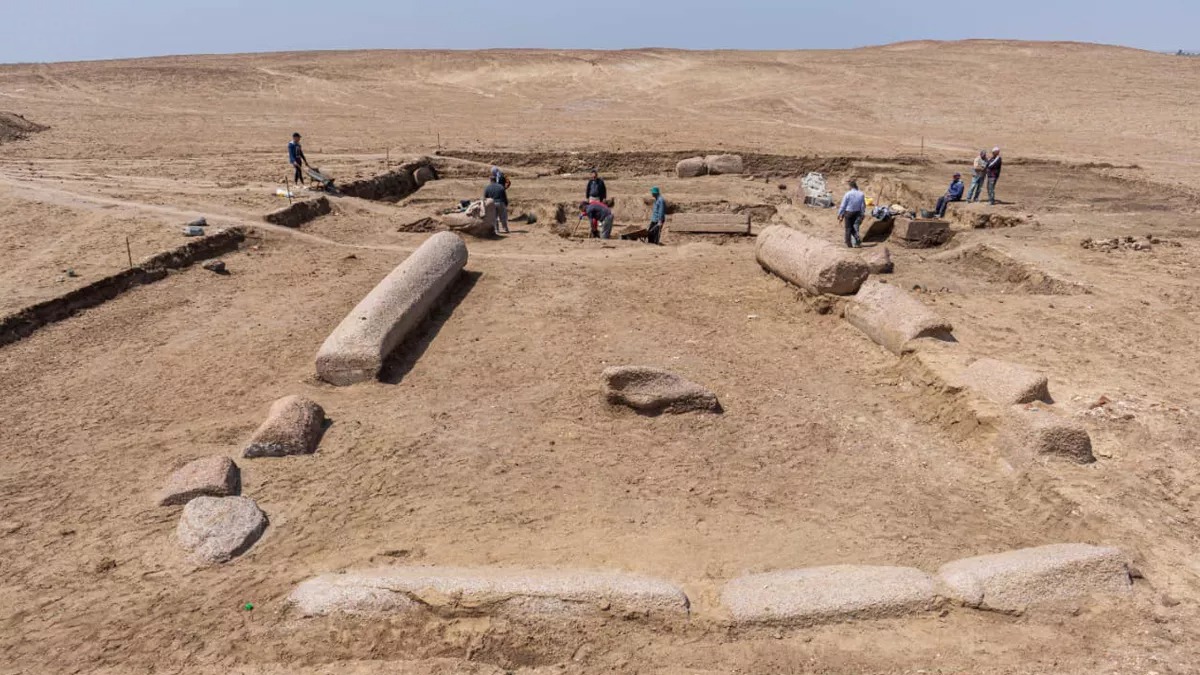 The ruins were unearthed at the Tell el-Farama archaeological site on the northwestern Sinai Peninsula. In Greco-Roman times (332 B.C. to A.D. 395), this area was known as the city and harbor of Pelusium, which sat on the far eastern mouth of the Nile River. Due to its strategic location, people used Pelusium for various functions, including as a fortress(opens in new tab) during the time of the Egyptian pharaohs; and artifacts dating to the Graeco-Roman, Byzantine, Christian and Islamic periods suggest it was in use in various ways then as well, according to a 2010 paper(opens in new tab) presented at a the Sinai International Conference for Geology and Development.

The archaeological team zeroed in on the temple after excavating around the remains of two pink granite columns lying on the ground’s surface, Mostafa Waziri, secretary-general of the Supreme Council of Antiquities, said in the statement. These columns once formed the temple’s front gate, but collapsed in ancient times when a mighty earthquake rocked the city.

Researchers have been aware for several decades that there might be a Zeus-Kasios temple at the site. In the early 1900s and later in the 1990s, archaeologists ascertained that the granite columns were likely brought on barges via the Nile from Aswan in southern Egypt to Pelusium, according to the 2010 paper. Moreover, the late French Egyptologist Jean Clédat found Greek inscriptions at the site, indicating that a temple for Zeus-Kasios had been built there in Graeco-Roman times. However, archaeologists never did a formal excavation at the site, which is near an ancient fort and a church. 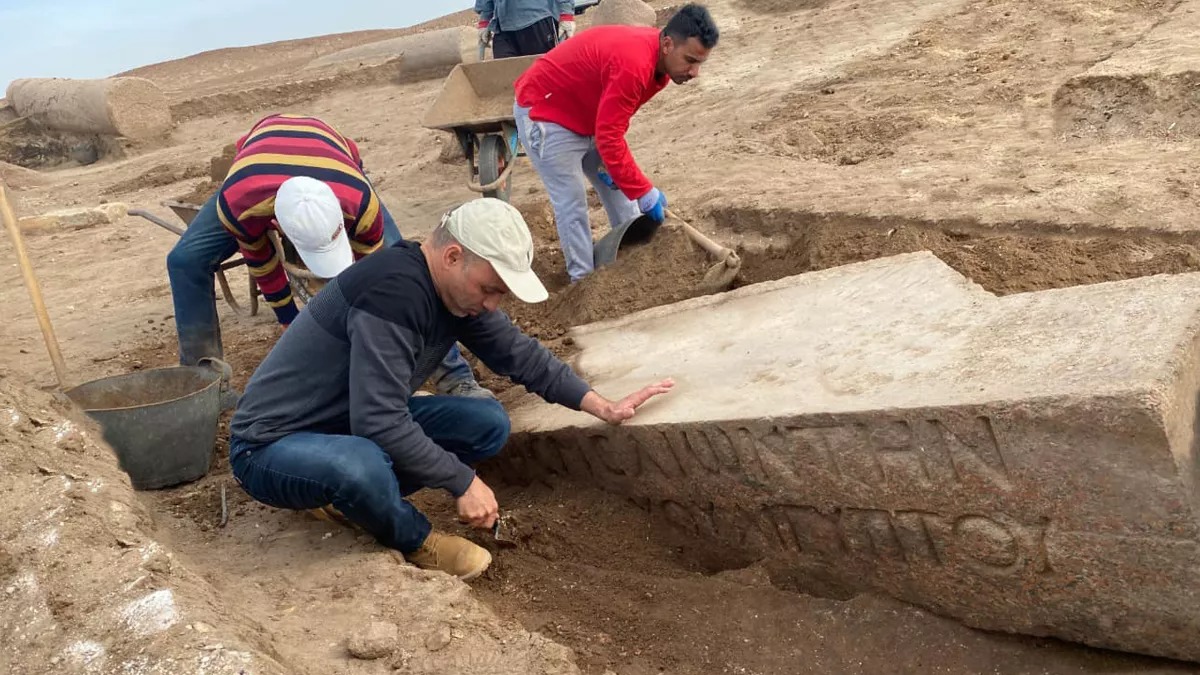 Now, archaeologists have discovered previously unknown remains of the temple, including granite blocks that were likely part of a staircase leading to the temple’s entrance on the eastern side of the building, Ayman Ashmawy, head of the Egyptian Antiquities sector at the Supreme Council of Antiquities, said in the statement.

Several large blocks of pink granite were found in the streets around the temple site, indicating that later workers repurposed the temple’s stones for other projects, such as nearby churches.

Scientists are now documenting the newly analyzed blocks with photogrammetry, a technique in which many digital images are used to create virtual 3D images, which will help the team attempt to recreate the temple virtually, Hisham Hussein, the director of Sinai archaeological sites, said in the statement.

Inscriptions found on some of the granite blocks suggest that Roman Emperor Hadrian (ruled A.D. 117-138) renovated the temple, Hussein added.