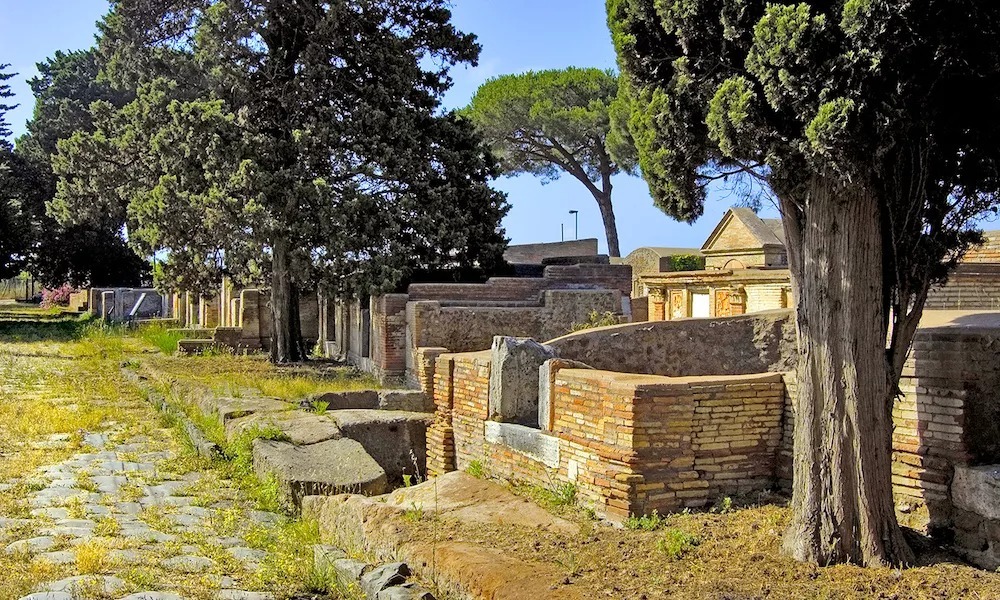 The study used a statistical technique known as geometric morphometrics to identify similarities in skulls from three Italian graveyards dating from between the first and third centuries A.D., when the Roman Empire was at its height.

Precise three-dimensional measurements of dozens of skulls from two of the graveyards showed distinct regional differences, which the researchers interpreted as a sign of a common ancestry among many people in those regions. [Photos: Gladiators of the Roman Empire]

Ann Ross, a forensic anthropologist at North Carolina State University (NC State), told Live Science that the techniques were often used in biology and zoology to examine the sizes and shapes of biological form, such as mosquito wings or the shapes of fish, to search for characteristic patterns that could be used to classify the samples.

For the new study, geometric morphometric techniques were applied to ancient human skulls. “You can differentiate populations of groups of humans, and look at the shapes of the skulls to see how they closely resemble each other, or not,” she said.

Ross said the same techniques are also used forensically in her laboratory at NC State in many North Carolina homicide investigations, sometimes to try to identify the ethnic ancestry of unknown murder victims, or to determine the bone damage caused by the blow of a weapon, for example.

Skull shapes
One of the graveyards chosen for the study is located on Isola Sacra, a tiny island in what’s now central Italy southwest of Rome, which was a burial place for mainly middle-class people during the Roman Empire.

Another was at Velia, on the southwestern Italian coast, where the researchers expected to see traces of ancestry from Greeks who colonized that region after the eighth century B.C., before Rome grew from a small city-state to take over the rest of the region Italy occupies today. 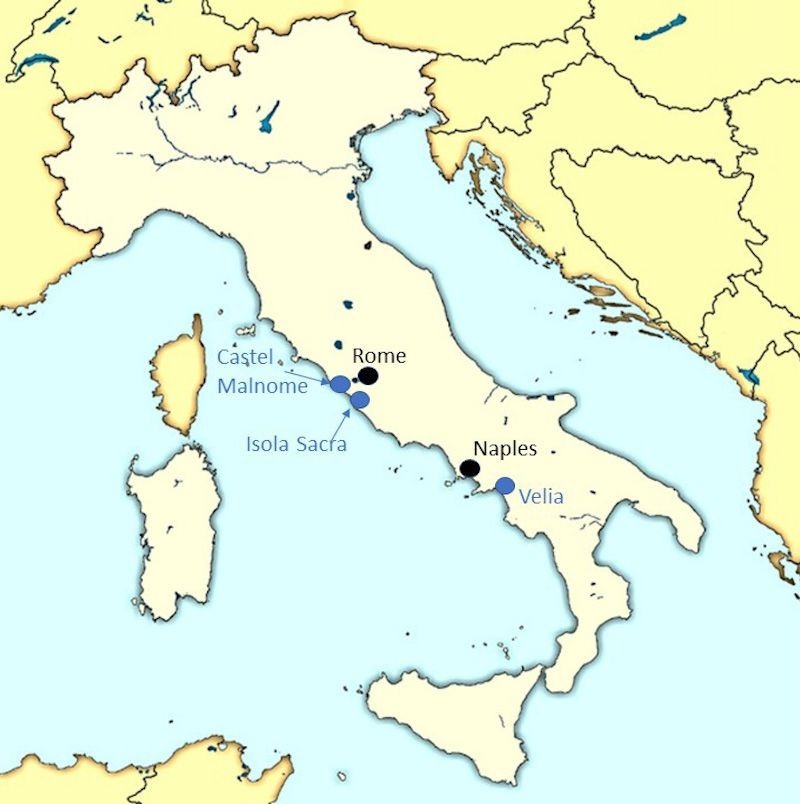 Skulls from ancient graveyards in three different cities in Roman Italy, dating from the 1st to the 3rd centuries A.D., were used in the study. (Image credit: Samantha Hens)

“I wondered if we would be able to pick that up, if we would see that the Roman-area population were different than the more southern population,” study lead author Samantha Hens, a professor of biological anthropology at California State University, Sacramento, told Live Science.

As it turns out, the researchers were able to detect those differences.

“To a casual observer, it probably wouldn’t be very noticeable, but when you really get down to looking at regional or population variation relationships, then you can see the difference,” Hens said.

The third graveyard in the study was at Castel Malnome, on the outskirts of the city of Rome, which was mainly a burial ground for lower-class laborers who worked in salt mines in that area.

“So there you had this group near Rome of lower-class heavy laborers — freed slaves, war veterans and others — who could come from anywhere across the Roman Empire,” Hens said. “And indeed, we could not differentiate them from either of the other two sites, which implies there’s a lot of variation among the different people buried together there.”

“I would suspect yes,” Hens said. “The next stage would be to get a Greek sample to see how those ‘southern Italians’ compare to the Greeks, but I have not identified a Greek sample from the same time period that’s available for study yet.”

Hens stressed that the differences in skull shapes detected by the researchers did not represent “racial” differences. “That’s definitely not what we’re seeing,” she said.

“If a group grows in an area for a long time, they’re going to have slight regional distinctions, and then if another group comes to the area or some leave, then you can see these populations change a little bit,” she added. “So this is a way to trace population movements.”

Hens noted that although the Roman Empire had assimilated the Greek population on Italy’s southern coast by the third century B.C., the local people still showed distinct local characteristics during the height of the Roman Empire many hundreds of years later.

“The ‘Romanization’ of Italy did not change the genetic relationship of the conquered population — [the Romans] took over the government and the economy, but they did not really take over the people in a biological fashion,” Hens said.

As such, the people likely kept their local identities, she said.

The detailed findings of the study were published online June 1 in the International Journal of Osteoarchaeology.