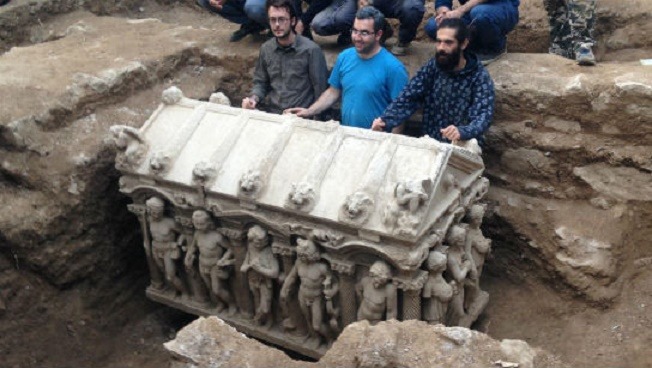 LONDON, ENGLAND—BBC News reports that a 1,600-year-old Roman sarcophagus with an opened lid was unearthed at a construction site on Swan Street in central London.

The 1,600-year-old coffin found near Borough Market is thought to contain the remains of a member of the nobility.

Archaeologists have been unable to identify the body as the stone coffin has been left filled with soil after being robbed, experts believe.

The sarcophagus will be taken to the Museum of London and the bones will be analyzed.

The coffin was found several meters underground with its lid slid open, which indicates it was plundered by 18th-century thieves. 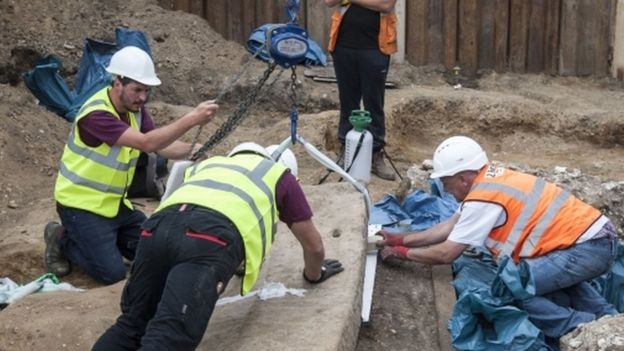 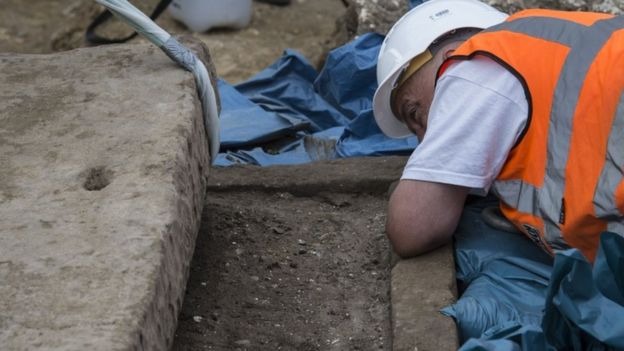 Gillian King, senior planner for archaeology at Southwark Council, said she hoped the grave robbers “have left the things that were of small value to them but great value to us as archaeologists”.

The grave owner must have been “very wealthy and have had a lot of social status to be honored with not just a sarcophagus, but one that was built into the walls of a mausoleum” Ms. King said.

She added: “We always knew this site had the potential for a Roman cemetery, but we never knew there would be a sarcophagus.” 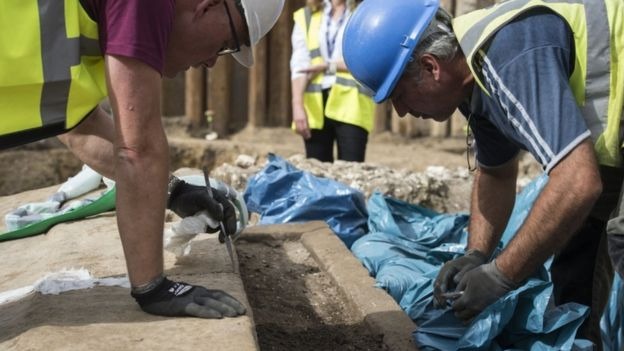 The location is a prime spot for historical finds 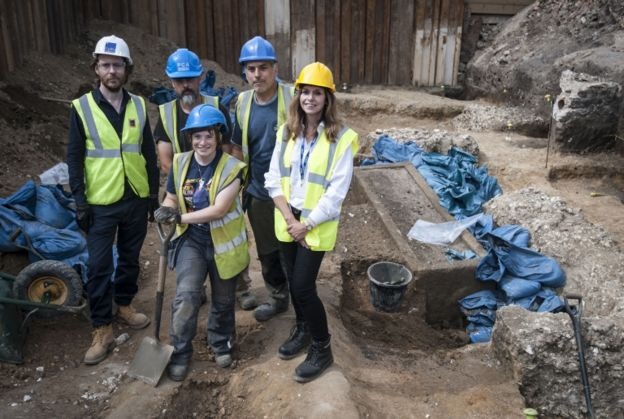 The sarcophagus will now be taken to the Museum of London’s archive for analysis
The coffin was found on Swan Street after the council told developers building new flats on the site to fund an archaeological dig.

Researchers discovered the coffin six months into the dig as they were due to finish their search.