The land owner identified as Adem Kalender reportedly applied to the museum directorate in Sarayönü district, home to the ancient Roman city of Laodicea, for a building permit.

Upon arrival at the site, museum officials discovered ancient mosaics and immediately launched further works after closing the site and placing it under protection. 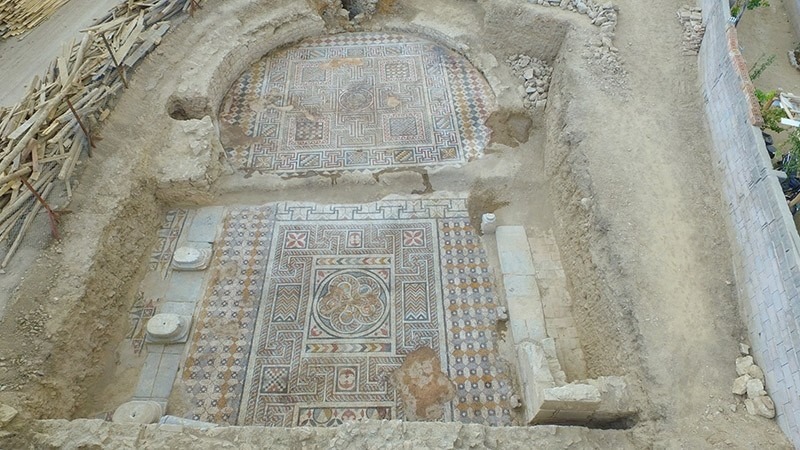 Aerial view of the ancient gymnasium discovered in Turkey’s southwestern Konya province.
“Excavations have revealed that there had been an ancient gymnasium here,” the village headman of Ladik neighbourhood Mustafa Arabacı told Ihlas News Agency.

Excavation work on the site is expected to be completed by spring, Arabacı said, adding that the site will be open to the public for visit.

In March, the restoration – currently being conducted in the ancient city- was awarded the European Union Cultural Heritage Jury’s special award.

Regarded as one of the most important ancient cities in Anatolia, Laodicea is home to one of the Seven churches of Asia mentioned in the Book of Revelation.