Archaeological excavations conducted by the IAA near Ashkelon uncovered an ancient industrial area with winepresses and rarely discovered installations for producing a popular fish sauce, the preparation of which involved strong odours. 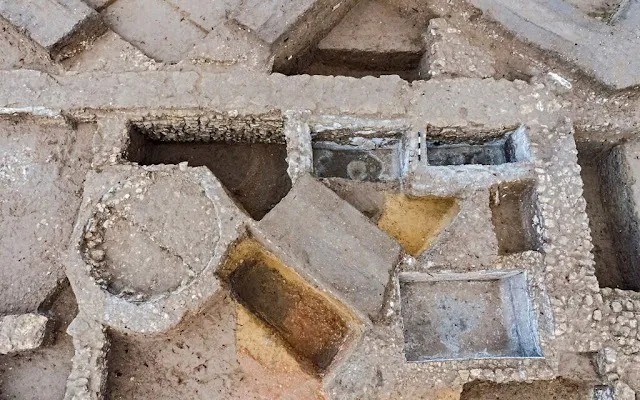 Vats used to produce fish sauce (garum) that are among the few known in the Eastern Mediterranean, were recently uncovered by the Israel AntiquitiesAuthority in Ashkelon. The excavation, underwritten by the Municipality of Ashkelon and the Ashkelon Economic Co. in preparation for the establishment of the Eco-Sport Park, has revealed evidence of 2000-year old Roman and Byzantine culinary preferences. Youths of the Kibbutz Movement from Kibbutz Yad Mordecai and pupils from the Makif Vav middle school located next to the project participated in the excavation. 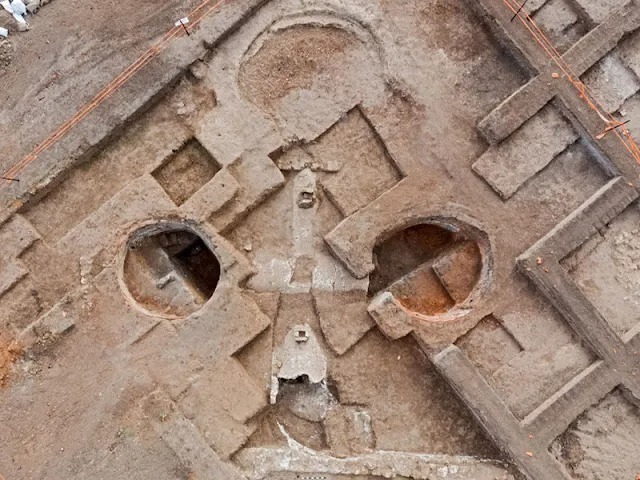 According to Dr. Tali Erickson-Gini from the Israel Antiquities Authority, “Long before pasta and pizza, the ancient Roman diet was based largely on fish sauce. Historical sources refer to the production of special fish sauce, that was used as a basic condiment for food in the Roman and Byzantine eras throughout the Mediterranean basin. They report that the accompanying strong odors during its production required its being distanced from urban areas and this was found to be the case since the installations were discovered approximately 2 km. from ancient Ashkelon.” 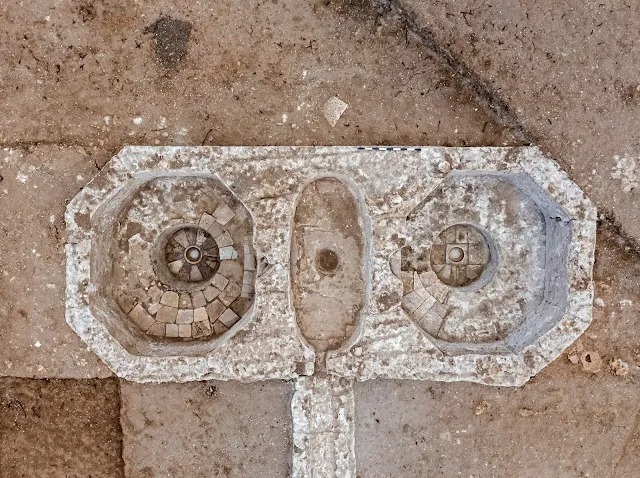 Dr. Erickson-Gini adds: “This is a rare find in our region and very few installations of this kind have been found in the Eastern Mediterranean. Ancient sources even refer to the production of Jewish garum. The discovery of this kind of installation in Ashkelon evinces that the Roman tastes that spread throughout the empire were not confined to dress but also included dietary habits.” 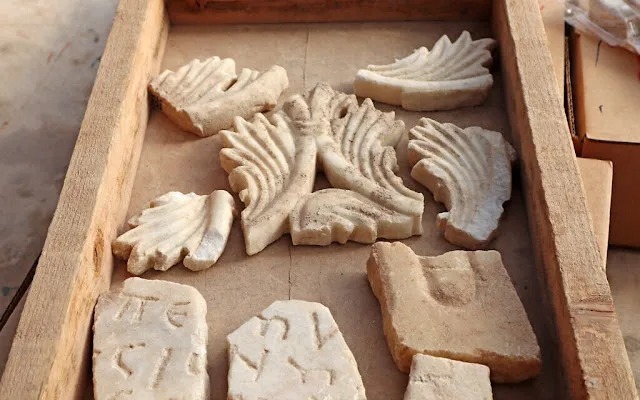 The Roman site was eventually abandoned but the conditions that favored viticulture remained and in the Byzantine period in the 5th c. CE a monastic community began to thrive there, making a living from wine production: three winepresses were built next to an elaborately decorated church. Little of the church has survived but architectural fragments found at the site show that it was decorated with impressive marble and mosaics. A large kiln complex was located nearby that produced wine jars. These appear to have been used for exporting wine, which was the primary income for the monastery. 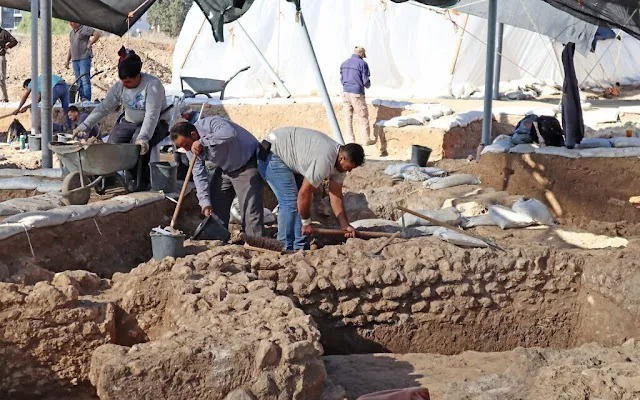 Dr Erickson-Gini: “The site, which served as an industrial area over several periods, was again abandoned sometime after the Islamic conquest of the region in 7th c. CE and later nomadic families, probably residing in tents, dismantled the structures and sold the different parts for building material elsewhere.”

Evidence of this activity was found in the vats of the winepresses, which were turned into refuse pits containing the bones of large pack animals, such as donkeys and camels.

The excavation, underwritten by the Ashkelon Economic Co., was conducted to facilitate the establishment of the large Eco-Sport Park that will include an artificial lake, an athletic stadium and other facilities for the residents of Ashkelon.

Ashkelon mayor Tomer Glam said, “Ashkelon is one of the most ancient cities in the world and from time to time we find additional proof of that. The recent excavation in one of its beautiful new neighborhoods produces a combination of the city’s rich past, its present development and its future progress.”