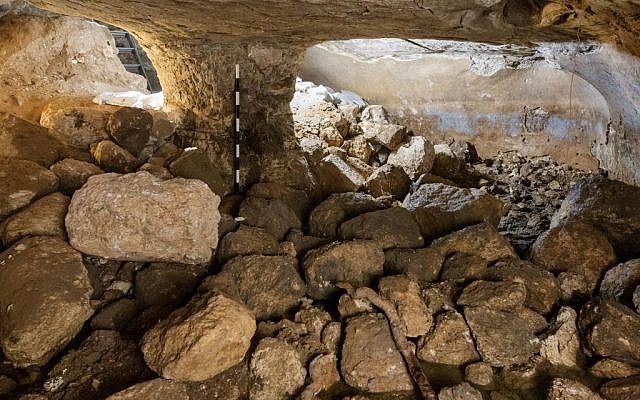 The water cistern discovered by Israel Antiquities Authority archaeologists near the Ha’elah junction in Israel. (photo credit: Assaf Peretz/courtesy: Israel Antiquities Authority)
Archaeologists working in the hills outside of Jerusalem uncovered an ancient ritual bath that offers not only remnants of Second Temple-era life in the area, but also those of Australian soldiers who visited the site while passing through during World War II.

“The finds from this excavation allow us to reconstruct a double story: about the Jewish settlement in the second century CE, probably against the backdrop of the events of the Bar Kochba revolt [132-135 CE], and another story, no less fascinating, about a group of Australian soldiers who visited the site” many centuries later “and left their mark there,” excavation director Yoav Tsur said.

During a dig at the Elah junction south of Beit Shemesh, archaeologists found “fragments of magnificent pottery vessels,” such as lamps, a jug and cooking pots, that helped them date the use of mikveh, or ritual bath, back to the time of the Second Temple, but the evidence indicates that residents stopped using it as a ritual bath during the second century CE, “perhaps in light of the Bar Kokhba revolt,” according to Tsur.

After the site ceased to be used as a mikveh, residents of the area enlarged the otzar — or water collecting vat for the mikveh — and continued to use it as a cistern for collecting drinking water.

Nearly 2,000 years later, as fighting again raged in the region, two Australian soldiers left their names, ranks and identification numbers carved into the rock at the site

The latter find represents another interesting chapter in the history of the oceanic country’s connection to both present-day and pre-state Israel.

“Among other things, two English names were identified that are carved in the rock: Cpl Scarlett and Walsh. Next to the names are carved the initials RAE and two numbers – NX7792 and NX9168. The date 30/05/1940 appears below the graffiti,” IAA archaeologist and historian Asaf Peretz said. 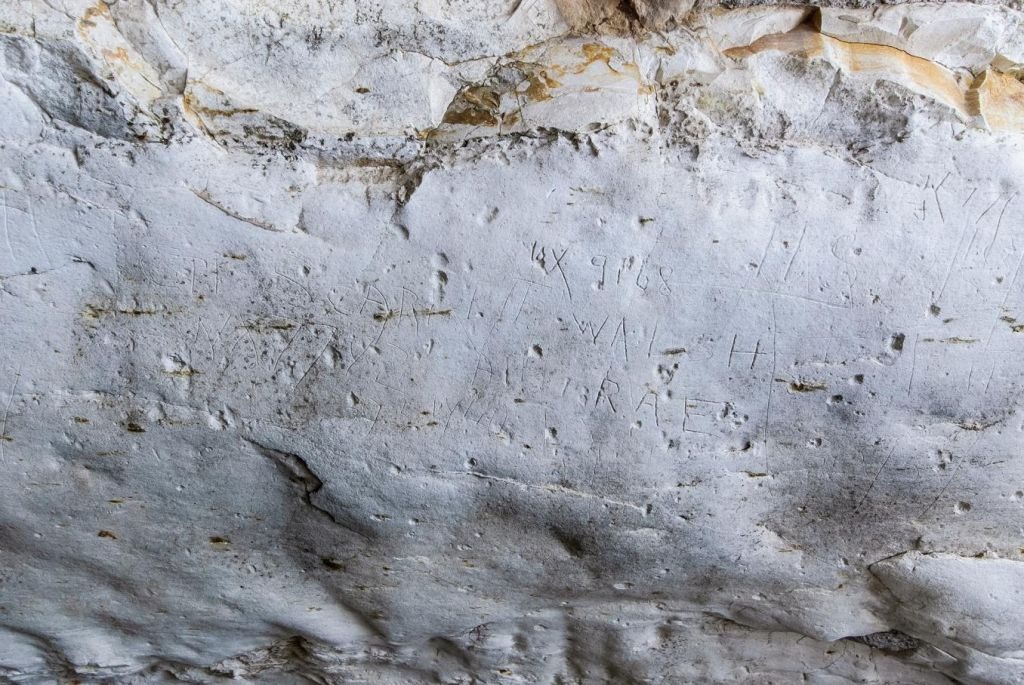 The engraved graffiti left by the Australian soldiers during WWII at the site of an ancient Jewish ritual bath (mikveh) discovered by Israel Antiquities Authorites near the Elah junction in Israel. (photo credit: Assaf Peretz/courtesy: Israel Antiquities Authority)
Australia’s connection to Israel stretches back to World War I, when four Australian Light Horse brigades took part in the British campaign against the Turkish empire in Palestine. The Australian Soldier Park in the Beersheba is dedicated to their memory.

Australia was also instrumental in pushing the UN Partition Plan that recognized the creation of a Jewish state in 1947 and was the first country to vote for it. Today, Israel and Australia have strong economic and diplomatic ties, and Australia is among Israel’s staunchest supporters in the international community.

From the findings and an inquiry with the Australian government, it appears that two Royal Australian Engineers, Corporal Philip William Scarlett and Patrick Raphael Walsh, happened upon the site, which was uncovered at the time, in 1940, when the Australian Sixth Division was stationed in British Mandate Palestine for training to be sent to France. Ultimately, though the division was sent to Egypt after the French surrendered before their training was complete.

Tsur welcomed any surviving family members of the two to contact them.

“We’ll be happy if they contact us and we’ll share with them the warm greetings left behind by Scarlett and Walsh,” he said.