After years of neglect, ‘rare opportunity’ opens up for Tiberias archaeological gems

Volunteers have cleaned up stunning sites including Sanhedrin seat and huge Roman theater that were buried under trash; as authorities argue, experts plead to set up national park

It is an area of immense historical, archaeological and religious significance to all three monotheistic faiths, referred to by some as the “Caesarea of the Galilee”: where manuscripts of the Bible were written, where the 2,000-year-old Sanhedrin rabbinic council of sages is believed to have compiled the Jerusalem Talmud, where an ancient church, huge Roman theater and one of the world’s oldest mosques are situated, and where Roman leader Herod Antipas built his palace.

But for many years, these sites in ancient Tiberias in northern Israel have largely been lying neglected and in ruins, covered in weeds and garbage and subjected to theft and vandalism, prompting outcry among experts.

The fact that the sites lie within the municipal boundaries of the city of Tiberias has led to national authorities shirking responsibility and trading blame for the neglect, with efforts to change the situation falling short.

Now, though, a volunteer group, led by the Kinneret Institute for Galilean Archaeology, has started cleaning up the sites and is fundraising to continue that work and raise public awareness for the site.

While it is in significantly better shape than a few months ago, archaeologists say that without a long-term solution by the state to transform it into a national park, the site will eventually fall back into disrepair.

A plan of this sort is said to be in the making, with the Israel Antiquities Authority (IAA) claiming there has been a breakthrough that will see the government pass a resolution as early as April establishing a new national park in Tiberias.

There’s a 7,000-place Roman-era theater, one of the best-preserved buildings of its kind; a huge palace that belonged to Herod Antipas; one of the world’s oldest mosques, a prison, and bathhouses — which today house a homeless person

But other bodies and officials whose approval is critical for the move to take place have not confirmed the IAA’s claim.

And leading archaeologists are expressing skepticism and warning that a rare window of opportunity — in which both Tiberias city hall and the Antiquities Authority are actively promoting a solution — could end up being squandered.

An ancient Roman and Byzantine bathhouse unearthed in Tiberias lies neglected, under piles of garbage and housing a homeless person, October 19, 2021. (Michael Bachner/Times of Israel)
‘A national heritage site’
Experts are expressing hope that archaeology could help rebrand Tiberias, whose public image in Israel is dominated by bitter and sometimes violent conflicts between its secular and religious communities.

Volunteers clean up the neglected site of an ancient Byzantine church in Tiberias, January 2022. (Aharoni Amitai)
“Sites of this importance — every city would be happy with a tenth of what is here — are the responsibility of the state, because this is a national heritage site, if not a world heritage site,” says Dr. Katia Cytryn-Silverman, a lecturer at Hebrew University’s Institute of Archaeology and Department of Islamic and Middle Eastern Studies.

“If we want to get an idea about the significance of the Tiberias sites, they can be compared to those of Caesarea and be referred to as ‘Caesarea of the Galilee,’” she told The Times of Israel. “Not only because there is a theater and other ancient sites, but also because Tiberias was founded by Herod Antipas, the son of [Caesarea founder] Herod the Great.”

Tiberias was a cosmopolitan center and the single most important Jewish city in the land of Israel for centuries after the destruction of the Second Temple in Jerusalem in 70 CE. 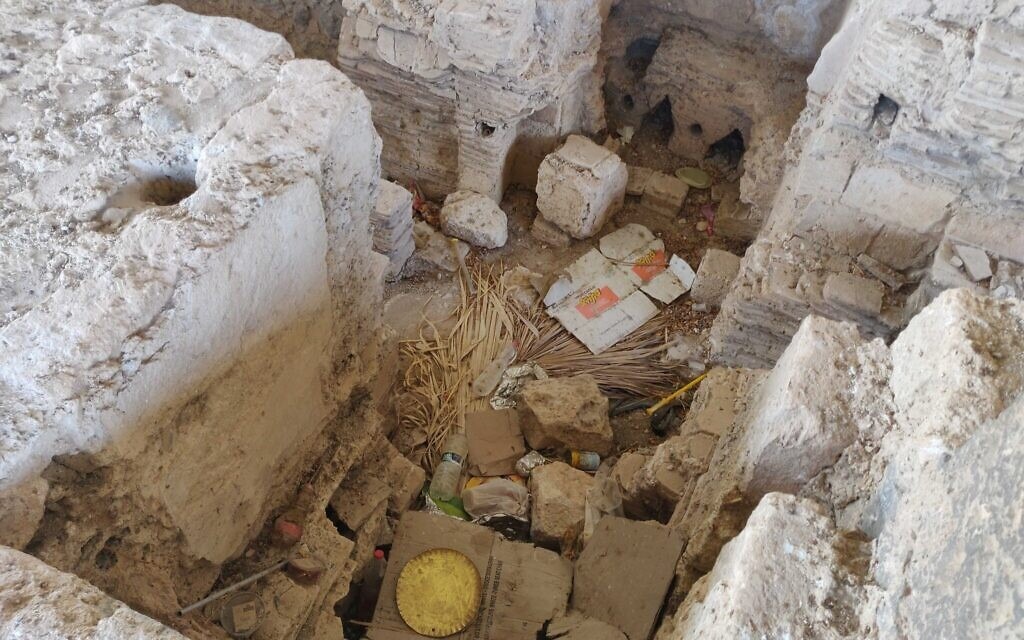 A huge ancient Roman theater unearthed in Tiberias lies neglected, October 19, 2021. (Michael Bachner/Times of Israel)
The uncovered archaeological sites include a Roman-era theater with space for 7,000, a big stage and a stunning view of the Sea of Galilee, one of the biggest and best-preserved buildings of its kind ever found in Israel; a huge palace that belonged to 1st-century Galilee ruler Herod Antipas; one of the world’s most ancient mosques, a prison, water holes, bathhouses — which today house a homeless person — and many other stunning artifacts.

Some of the cultural cornerstones of Judaism and Hebrew were laid at this site: the modern fixed Hebrew calendar; the Hebrew alphabet’s nikud or vowel signs; the wording of the Bible used to this day; the Aleppo Codex manuscript; and more. 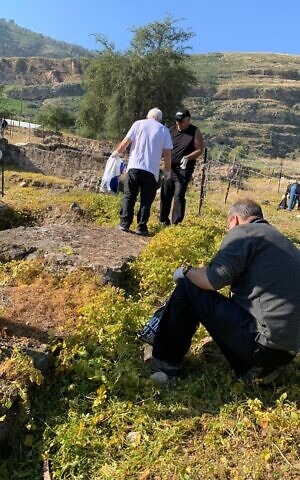 A broken mosaic at a neglected ancient church unearthed in Tiberias, overlooking the Sea of Galilee, October 19, 2021. (Michael Bachner/Times of Israel)
“Herod Antipas is a very important character in Christianity. He is the person who executed John the Baptist,” archaeologist Eran Meir told the Kan public broadcaster last year. “If 600 million Christians or even half of them had known this is what Herod Antipas’s palace looked like, I think it would have bothered them.”

There is much more digging to do in Tiberias, but excavations can only continue if the area is taken care of, Cytryn-Silverman says, because archaeological digs entail some damage to the sites by exposing them to weather conditions and potential vandalism. Just outside the city at the site of an ancient church atop Mount Bereniki, stone pillars have been smashed and ancient mosaics have been vandalized by suspected extremists from the ultra-Orthodox community.

If nothing is done to protect and maintain the sites, some will have to be covered up to keep them safe — until conditions arise that do allow for the site to become part of a national park.

That has already happened in the case of a second church, which was excavated and then covered to protect it, says Dr. Motti Aviam, head of the Kinneret Institute for Galilean Archaeology.

When it was uncovered, the bathhouse had a beautiful mosaic depicting lions, he says. But then, “every kid in Tiberias came and took five stones to play with,” and there’s not much of the mosaic left anymore. “And that’s why the church is covered.”

When it was uncovered, the bathhouse had a beautiful mosaic depicting lions. But then, “every kid in Tiberias came and took five stones to play with”; there’s not much of the mosaic left anymore

“But if a national park is created and there is protection 24 hours a day and no roamer moves in to live there — of course the church can then be uncovered and reintroduced to the public.”

The church that has remained exposed, Aviam adds, had much money invested in its preservation. Wooden footholds were placed around it only to be burned later by unknown vandals, he says.

Cytryn-Silverman says that on many occasions, fences placed to protect the sites are stolen within weeks, leaving the sites vulnerable.

“A site of this size requires much maintenance effort, gardening and fences. The lack of these, coupled with the continued dumping of garbage near sites, are definitely damaging and inappropriate,” she says. 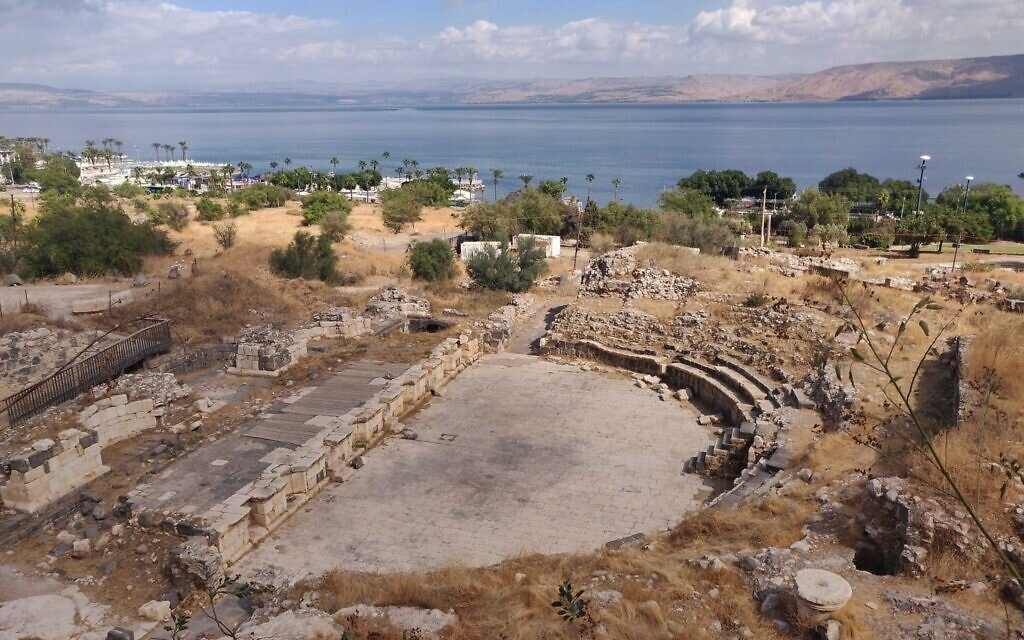 Dr. Katia Cytryn-Silverman, an archaeologist with The Hebrew University of Jerusalem, poses for a portrait at the site of the Al-Juma (Friday) Mosque, in Tiberias, northern Israel, January 27, 2021. (AP Photo/Maya Alleruzzo)
Today Tiberias, with 45,000 residents, is known as a rather drab place where ill-thought-out construction has squandered the city’s picturesque location on the slopes overlooking one of the world’s most famous bodies of water.

Tiberias city hall, which has seen frequent leadership changes over the past decade, has said it is unable to take care of the archaeological sites, whose maintenance would cost many millions of dollars. 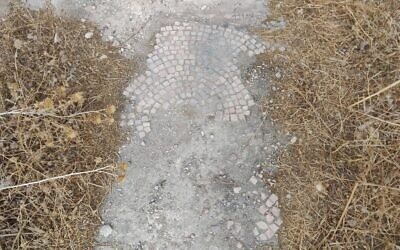 The neglected site of the ancient southern city gate of Tiberias, October 19, 2021. (Michael Bachner/Times of Israel)
Over the years, when the municipality was allocated funds to maintain the sites, Aviam says creditors claimed the money first or ultra-Orthodox city council members diverted it to other causes.

“Tiberias understood during the COVID-19 pandemic that it can’t only rely on international tourists and on Christian pilgrims, and can’t only rely on the modern city and what it currently has to offer, which unfortunately isn’t much,” says Cytryn-Silverman.

‘We will turn Tiberias into Caesarea’
IAA director Eli Eskosido recently told The Times of Israel that the relevant bodies have agreed on a government decision to invest NIS 70 million ($22 million) over five years and to open a new national park. He said he had spoken with many government, municipal and other officials and has received a promise that the decision will be approved shortly after the Passover festival, in late April.

“We will turn this site into an international site and a national park, and we will turn Tiberias into Caesarea, more or less,” he declared, estimating that the site will attract three million visitors per year.

Eskosido said the plan is supported by acting Tiberias mayor Boaz Yosef, Culture Minister Chili Tropper, the Tourism Ministry, the Prime Minister’s Office and the Israel Nature and Parks Authority, saying that the latter’s acting CEO Raya Shourky is on board, as is Zeev Margalit, director of the conservation and development department.

We will turn this site into an international site and a national park, and we will turn Tiberias into Caesarea, more or less

Culture Minister Tropper’s office commented that “it would be right for the State of Israel to lead a comprehensive plan to develop and preserve the site,” adding that the ministry would lend its support to any such move.

However, the Nature and Parks Authority — the body that is authorized to declare national parks and is tasked with maintaining them — declined to confirm Eskosido’s claims. Its northern district manager, Guy Eilon, told The Times of Israel that the site’s tourism potential must be examined and confirmed before any decision is made on whether it should become a national park.

Eilon said that in meetings in recent months with Tiberias city hall and IAA officials, the historical significance and tourism potential of the sites weren’t proven and officials only talked about the site’s importance in “general terms.” 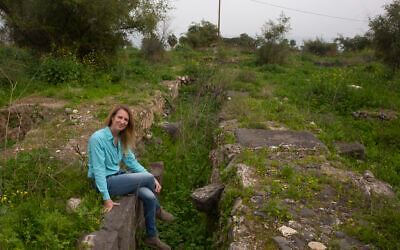 He said the Parks Authority has suggested hiring an outside planner who would examine the site’s potential and come to a conclusion as to whether it is worthy of becoming a national park. Eilon estimated the cost of such an assessment at NIS 200,000 ($62,500) and added that the Parks Authority was willing to provide a third of that sum, but he said this offer had received no response from the IAA or Tiberias city hall.

A Parks Authority spokesperson declined to comment on the possibility of an imminent government decision on the matter, saying that any decision on the sites’ future could only be made in “coordinated and joint discourse between relevant authorities.” 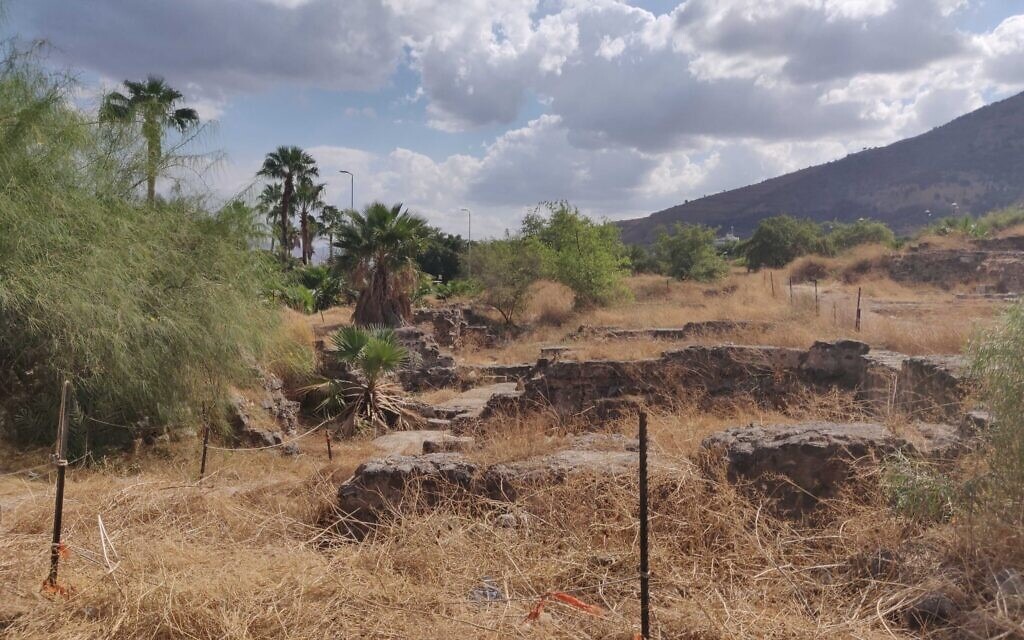 The neglected site of an ancient basilica unearthed in Tiberias, believed to be the seat of the Sanhedrin, October 19, 2021. (Michael Bachner/Times of Israel)
Despite saying that “optimism is my second name,” Aviam is skeptical that the efforts will yield meaningful results.

“Every time there are media reports [about the sites’ neglect], they clean it up but don’t carry on caring for it in the long term,” he laments. 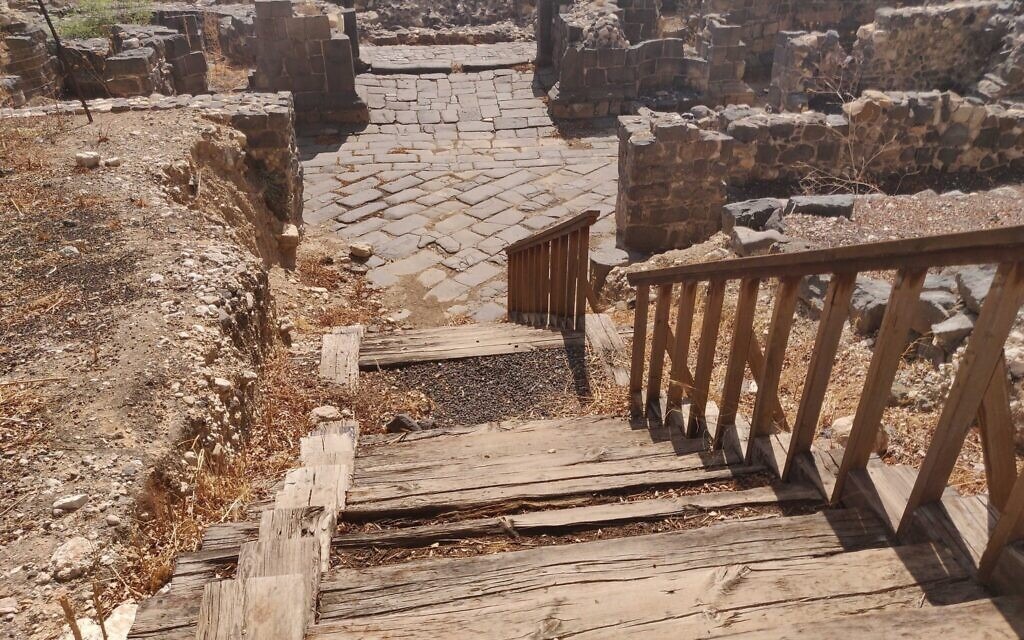 His colleague at the Kinneret Institute, Aharoni Amitai, accuses the Parks Authority of “dragging its feet” out of “shortsightedness or cowardice,” and of applying considerations of profit over conservation. He also accuses Environmental Protection Minister Tamar Zandberg’s office of not sufficiently caring about the matter, with the current window of opportunity in danger of closing.

Contacted for comment, the Environmental Protection Ministry referred The Times of Israel back to the Nature and Parks Authority.

“The vision and all the plans [for a national park] already exist and have been on the tables of many bodies and ministries for many years. There is no need to reinvent the wheel,” Cytryn-Silverman says.

“Right now I’m optimistic, because there is a rare opportunity presented by the pandemic when political interests are relatively dormant,” she concludes. “If we wait until a time when various officials again will want to reap the credit without actually doing anything, it will never happen.”