Ageometric patterned floor mosaic was unearthed during the excavations carried out around the Red Basilica in Pergamon, an ancient city in western Turkey listed as a UNESCO World Heritage site. The artifact is estimated to be from the second-third centuries A.D.

Pergamon is located 26 kilometers (16 miles) from the present coastline of the Aegean Sea and northwest of the Bergama district in Izmir province. While the ancient site draws local and foreign tourists with its monumental ruined temple called Red Basilica, or Red Courtyard, Acropolis (settlement especially a citadel, built upon an area of elevated ground) and Asclepeion (healing temple), the Directorate of Bergama Museum sustains archaeological digs and drilling works in the region. 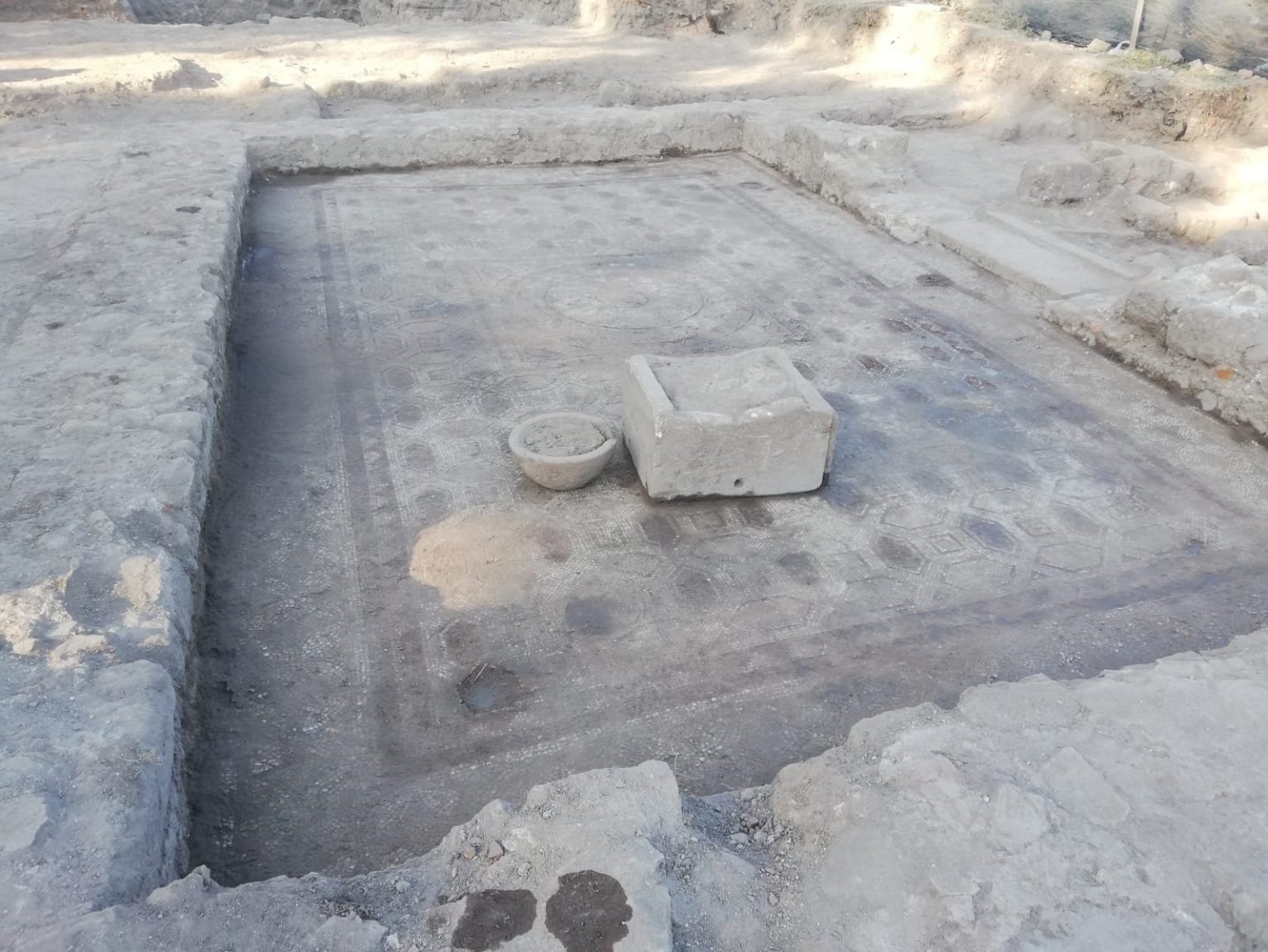 A view from geometric patterned floor mosaic, Pergamon, Izmir, western Turkey, May 29, 2022. (AA Photo)
The mosaics on the floor of a building that is thought to belong to a religious area around the Red Basilica were among the recent findings unearthed by the work of the museum directorate. The mosaics are evaluated as “rare artifacts” with their intact and undestroyed structure.

Bergama Museum director Nilgün Ustura stated that the archaeological studies in the region will progress further and they hope to come across different building remains within the framework of the ancient building complex. Ustura also informed that they will make a scientific publication on the latest finds in the ancient city of Pergamon after the completion of the excavations. 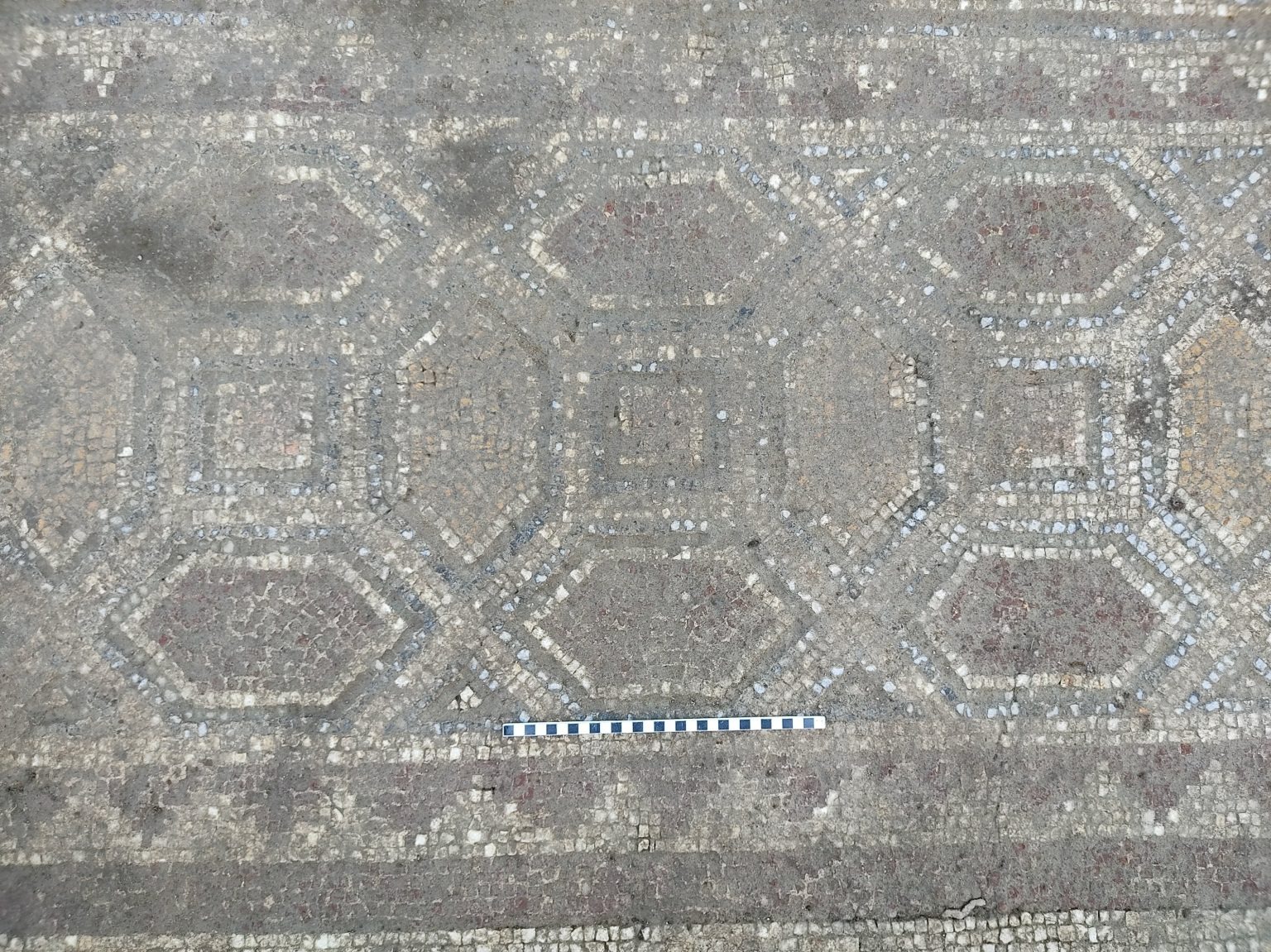 Founded in the third century B.C. by the Hellenistic Attalid dynasty, Pergamon served as the capital city of the kingdom for 15 decades. The ancient city, where the human voice and breath have never been interrupted in its history of more than 2,500 years, was home to many civilizations throughout history. “Pergamon is a testimony to the unique and integrated aesthetic achievement of the civilizations. It incorporates Hellenistic, Roman, Byzantine and Ottoman structures, reflecting Paganism, Christianity, Judaism and Islam, preserving their cultural features within the historical landscape,” UNESCO says on its website.