During the ongoing excavations in the ancient city of Germanicia located in the southern Turkish province of Kahramanmaraş, a 50-square-meter (around 540-square-feet) mosaic describing an open-air feast and dating back 1,500 years ago was unearthed. The mosaic, which features a portrayal of three women dancing to music, probably depicts a pre-hunt open-air banquet. 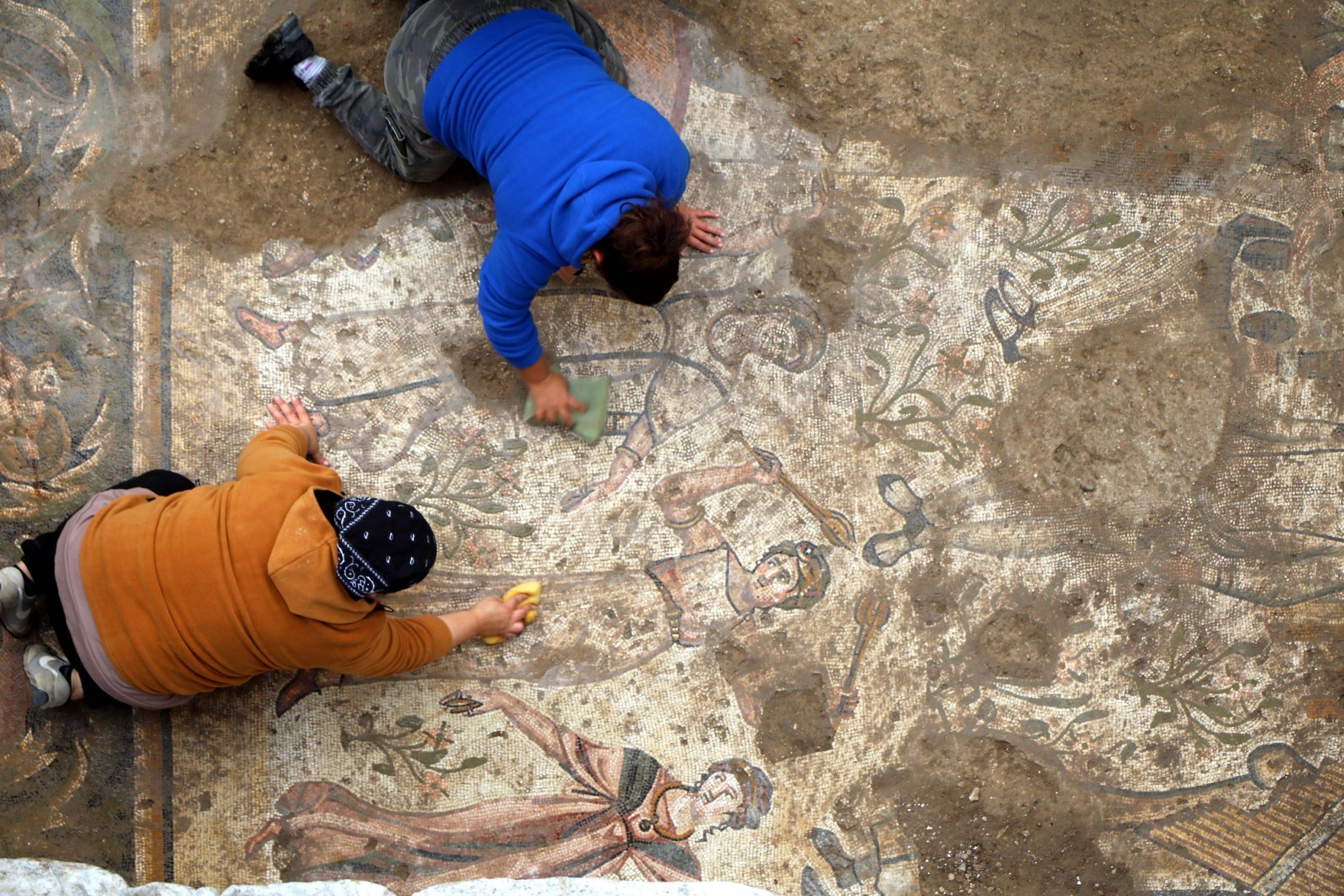 “We had previously found a mosaic consisting of two panels and depicting hunting scenes in Germanicia in 2015. The newly discovered mosaic is actually a continuation of the mosaic unearthed in 2015. We think it depicts an open-air banquet probably held before the hunt. There are two couples sitting in the middle center of the mosaic. While three women dance in company with music on it, two male figures in the field make presentations. There is also the figure of a little barefoot boy climbing a fig tree,” Acıpayam explained. 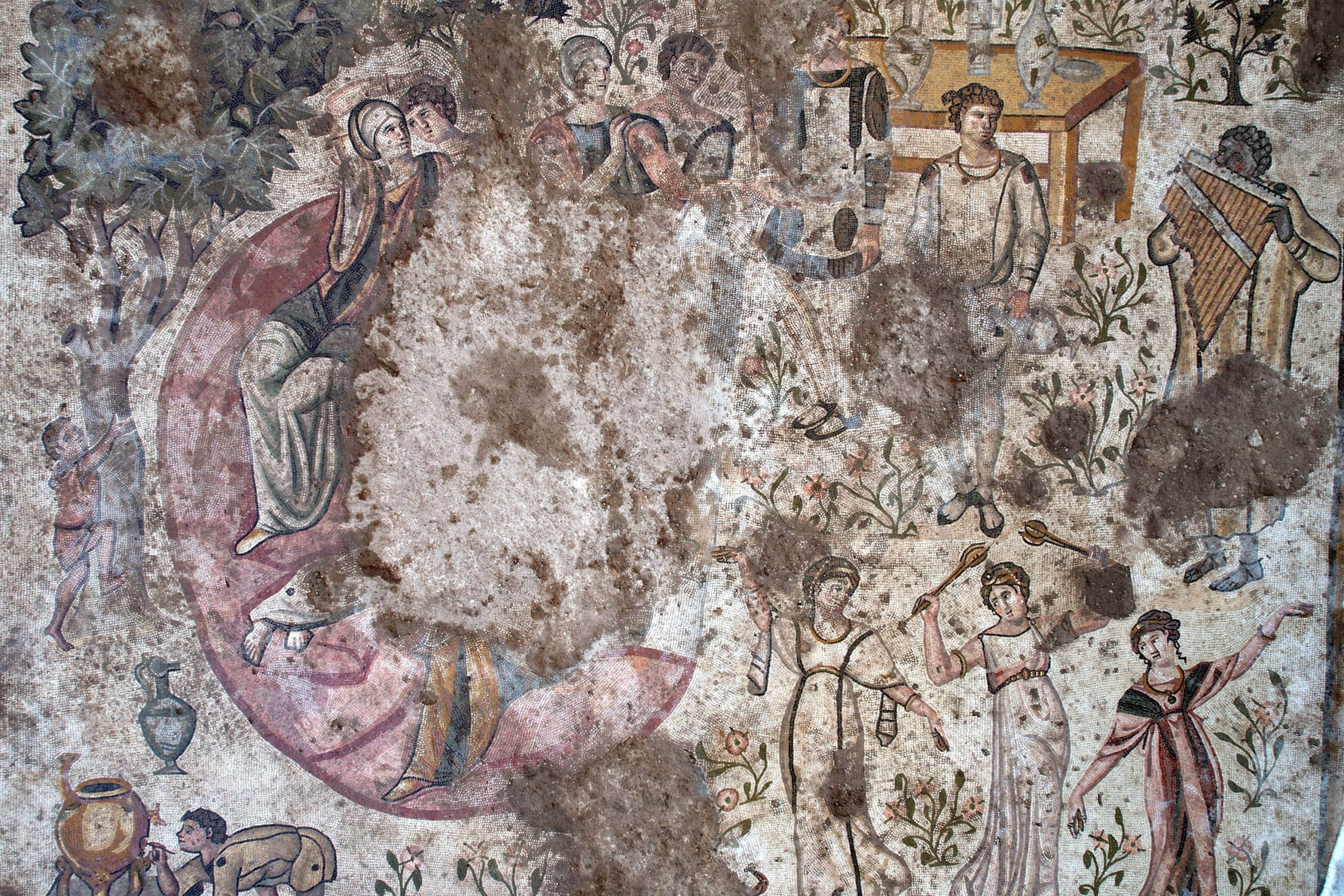